This was the second attempt at this planned rideout to complete the Northeast tags of the motorbike forum challenge 100, the first effort being cut short when squadron leader Rig picked up a puncture before the meet-up point on the M1 which destroyed his rear tyre. The initial plan stood and the day started off like a stag do in Dublin “Two pubs before breakfast”.

From the Leicester Forest East Services we set off to cover the short trip to Granby where there were two of the pub names to be found within a couple of hundred yards so a matter of minutes saw us cover the first stop at the Marquis of Granby and the second at the Boot & Shoe. 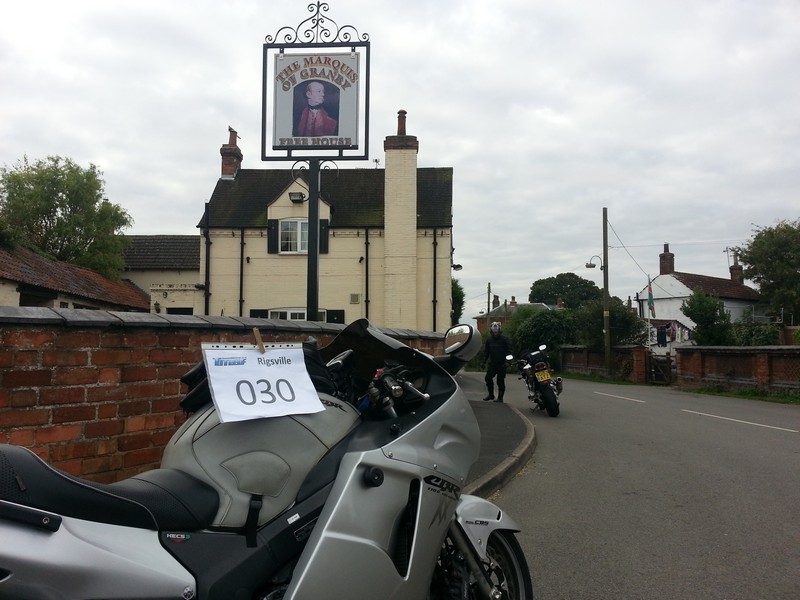 The next stint was arguably the most important of the day…. Breakfast….. The internet research on the Langrick Station Café was not too reassuring but we pulled into the vast car park and the place looked open and good to go. The Café turned out to be quite bijou and the breakfast was of a decent quality and at £5.50, including a mug of tea, was good value. 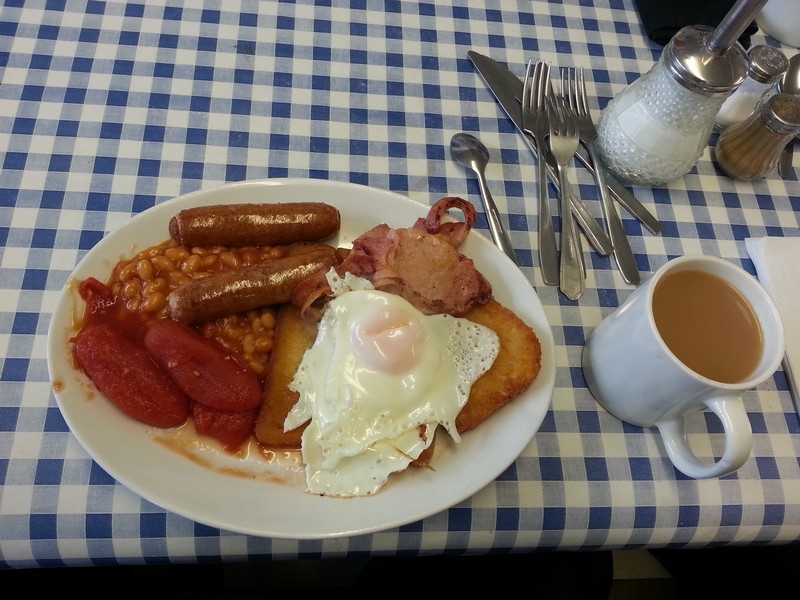 Following breakfast we headed off into deepest Lincolnshire and got back to the alcohol theme with a stop off at the Batemans Brewery, with most of the big supermarkets now selling decent bottled beer I was familiar with Batemans brewery products and particularly favour their dark mocha brews……. But enough of that we are meandering off the subject, we were only here for the photo evidence… however it has been noted for a future visit and a trip round. 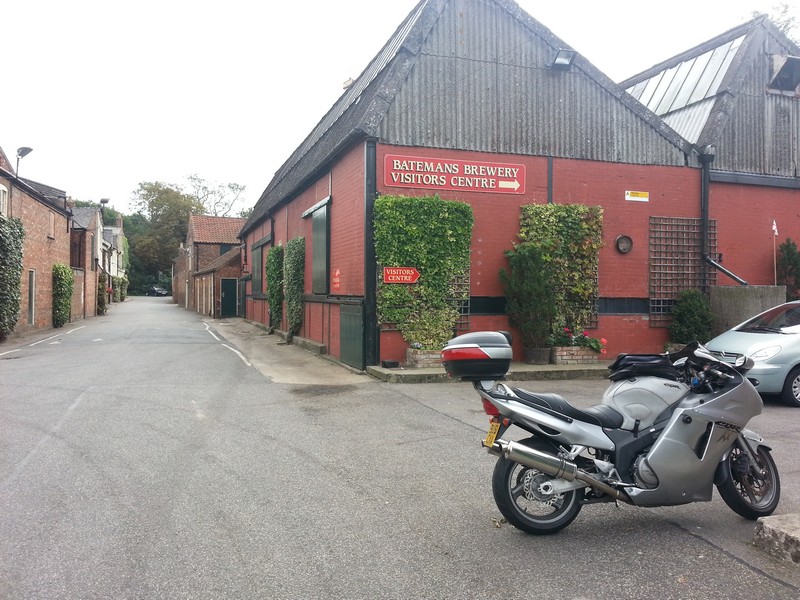 Next was out first seaside stop, the Jolly Fisherman Statue in Skeggy, this was going to be a tricky stop as the target was on a busy island and add to this a place full of holidaymakers taking up a suitable position was going to be difficult. Our task was made easier by the fact it was late in the season so the holidaymakers were not so densely packed in and around this part of the resort. With Skeggy being the typical seaside town it was a good opportunity for Neil to do his duty and purchase the necessary souvenir teddy bears for his offspring…. As you do… 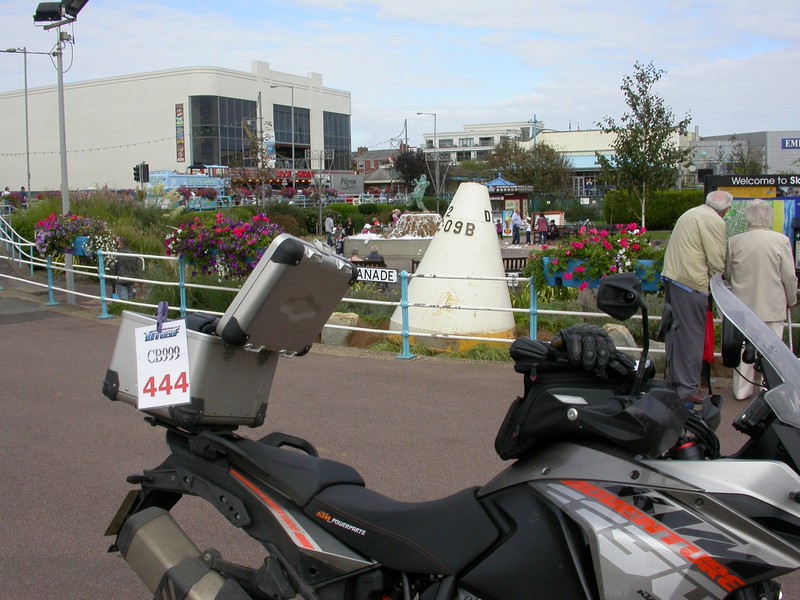 After the seaside stop, it was back into the heart of fenland and a stop off at the Gayton Engine Pump House Museum, the original purpose of which was to pump water from the Fens into the river. The museum is only open at specific times and contains the restored engine. 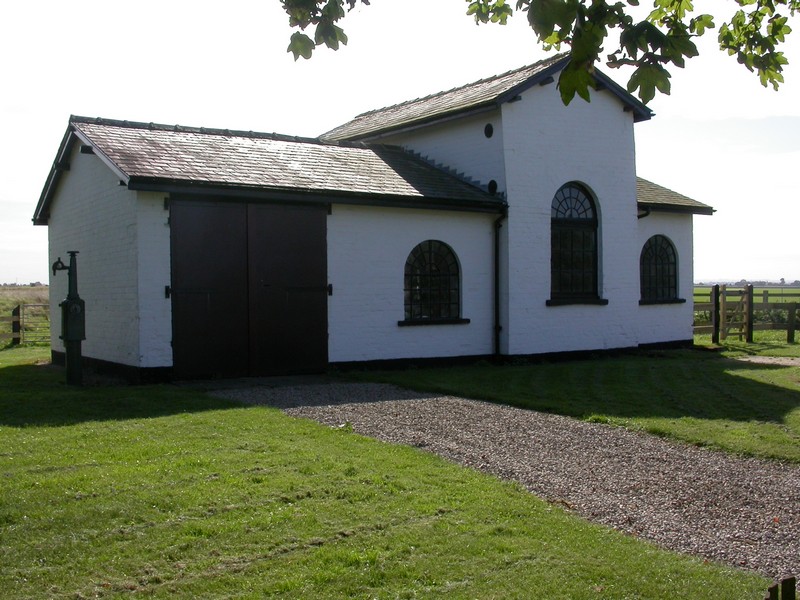 Following on the heels of the historic was a trip back to the seaside at Cleethorpes which was the location of the next stop at the Hawaiian Eye café right on the seafront. Again a potentially tricky position which was made easy by the clear area in front of the café reserved for the land train. A quick stop off and photo-shoot and is was a short push over the road to the motorcycle parking area so we could fill up with liquid refreshments, and in my case antibiotics, at the café. 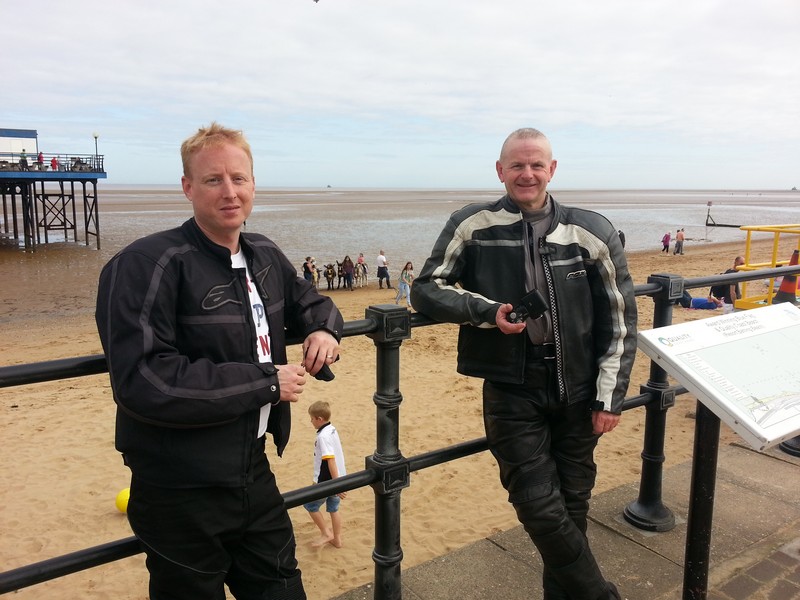 Neil and Steve in Cleethorpes

From Cleethorpes we headed up the A180 to another historical venue, namely, Thornton Abbey Gatehouse which is an impressive fortified gatehouse open to visitors to have a wander around and imagine what it was like back in the Middle Ages. A typical English Heritage site which doesn’t disappoint if you are into that sort of thing. 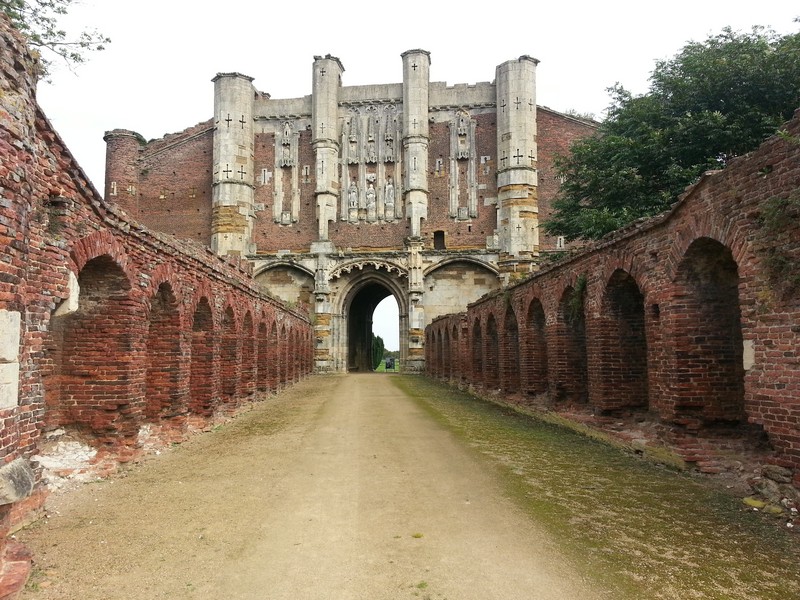 After the Middle Age site at Thornton it was off to a more modern history venue, this time the USAF memorial at RAF Goxhill. These sort of places can be quite haunting and this is no different. The plaques on the memorial are poignant and the damaged propeller which sits on top as an ever present reminder of the dangers of war and the machinery used to carry out the necessary defence of the Realm. It is easy to imagine the hum of the airfield as you stand there and look over what is now a derelict field. The airfield was effectively finished in 1945 with its use being restricted to stores and was finally decommissioned at the end of 1953 and returned to agricultural use. 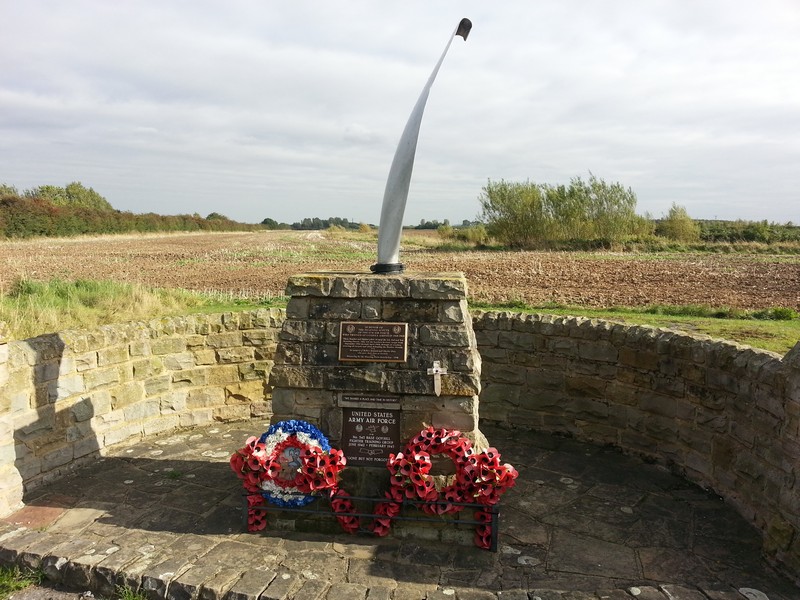 After the haunting venue of the memorial site, our route took us to Kingston upon Hull which included a trip across the Humber Bridge, luckily there was no wind so it was a most pleasant trip over what is an impressive structure. Looking up at the high towers gets you thinking about how engineers even think about designing, let alone constructing, such a feat. We were actually heading for the Humber Dock Marina and specifically the Spurn lightship. Rig had done his homework perfectly on this one and we went past to come back on ourselves to give the perfect stopping off and photo point. This lightvessel was used for some 50 years to guide ships up the River Humber, presumably in a “follow me” fashion but not being a mariner type I can only guess. 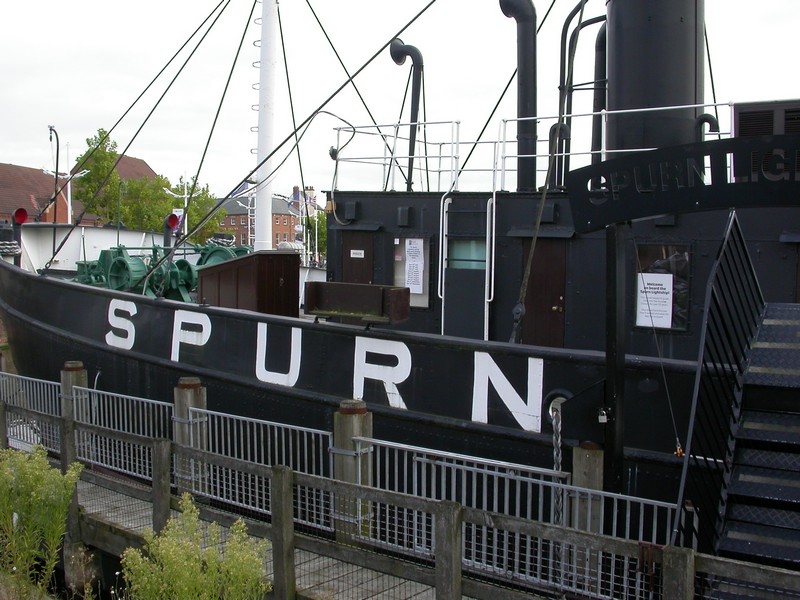 From the marina we headed back across the bridge, another chance to marvel at is construction, made all the better for not having to pay the tolls being on a motorcycle. Our route was now on the heading home side with a stop off point at a windmill / bakery. When we pulled into the car park of the True loaf Bakery we were confronted with the large Mount Pleasant Windmill, behind which sits a nice little café selling the home made produce which looked very tempting, so much so that Rig purchased a couple of loaves to take home as a souvenir. We took advantage of the location and had a refreshment stop before setting off towards our last tag point in Nottinghamshire. 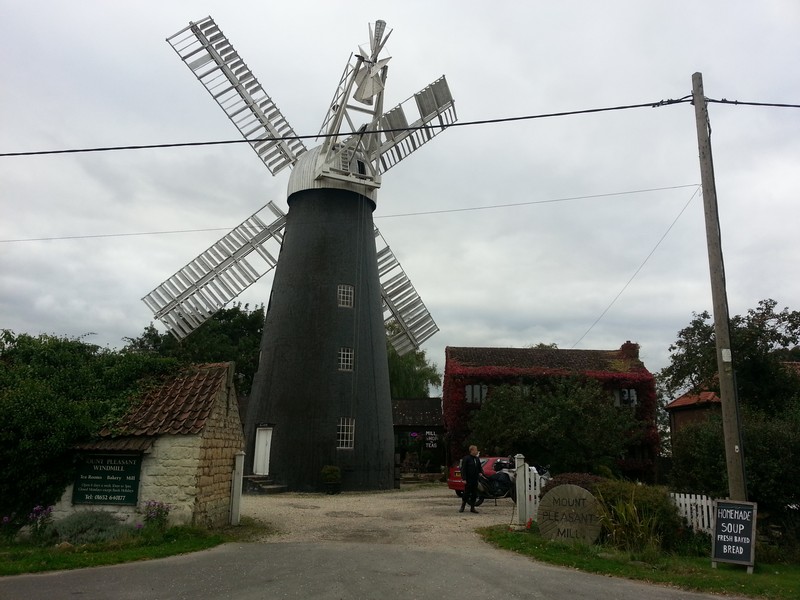 Our final destination of the day returned us to our commencing theme of pubs, this time the Moth & Lantern near Retford, the pub being overlooked by the cooling towers of the nearby Cottam power station. The pub is tucked out of the way has biker nights. 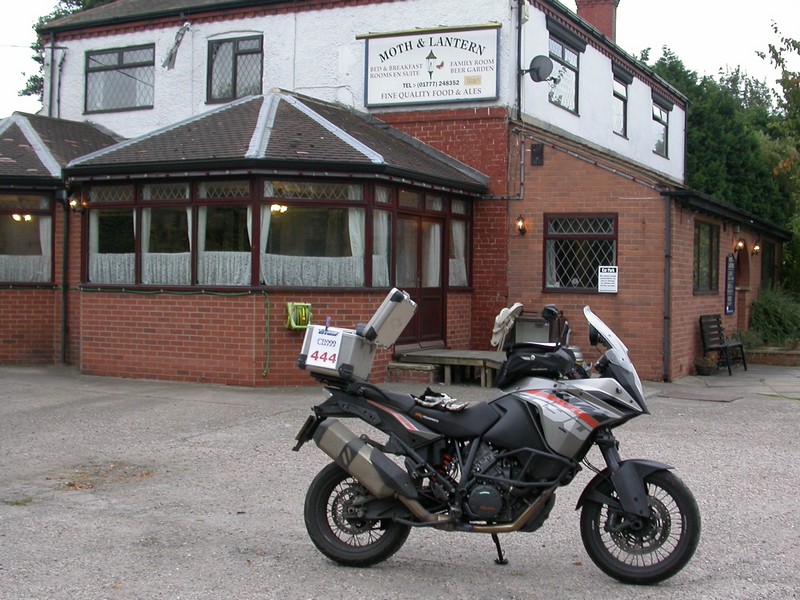 All that was left of the day was a fuel stop before splitting up to go our own ways home at the M69, all in all a fantastic day and all went to plan mainly due to Rigs prior planning and google earth research. What a fantastic tool that is for days out like this. 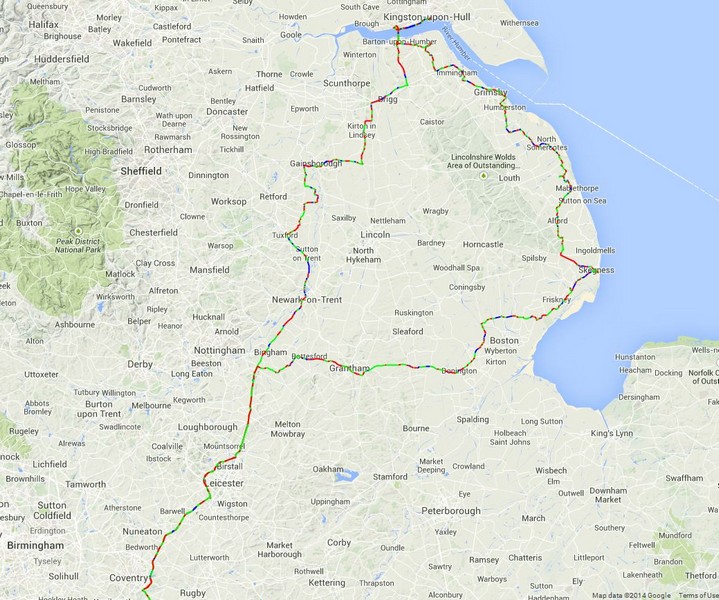