Ride Out to Nowhere

The quote…. “The best laid plans of mice & men often go astray”…… could not have been written for a better day than this, after a late night/early morning of babysitting duties the alarm was set for a sparrow fart start to the day…… Plan A consisted of an early meet up at Leicester Forest East Services on the M1, then onwards to Granby, Boston for a breakfast stop, Skegness then northwards to Grimsby and Kingston upon Hull, all with the intentions of collecting photographic evidence for the Motorbike Forum Challenge 100.

The day started off exactly to the plan, even the weather was looking good with the threat of thunderstorms later in the day diminishing, well according to the morning news on the gogglebox at any rate, however, the planning was not to last long, Rig had got to the meet-up point early and when I arrived was gently kicking his back tyre and swearing under his breath. “A bit of a problem” was the understatement of the day, a flat tyre with a nice hole. Luckily, if that is the correct term, the event happened just as Rig left the M69 so was able to limp into the services without any drama’s, could have been much worse of course, although this did prove to be the final nail, excuse the pun, in the days plans as the tyre was off the rim by this stage rendering it irreparable at the “roadside”. 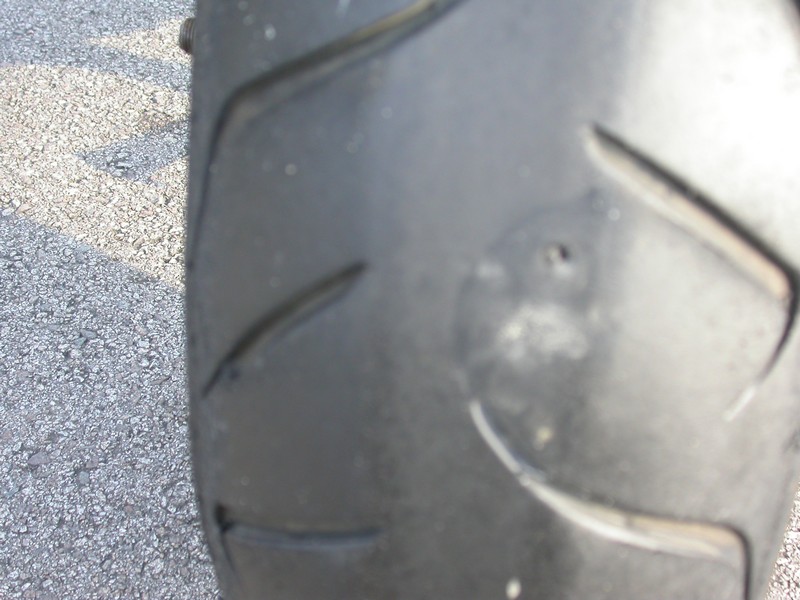 Rig had already called the RAC so all that was left was the obligatory two hour wait. By this time, Joel, the third musketeer had arrived so we set about soaking up the early morning sunshine and talking the usual bollox as you do.

Eventually the “RAC”, in the form of an extremely affable motorcycle breakdown company arrived and confirmed the problem was irreparable. After a quick phone call it was decided to recover the bike to Wheelhouse Tyres in Coleshill so that Rig could purchase some new boots for his blackbird a week earlier than he had planned. 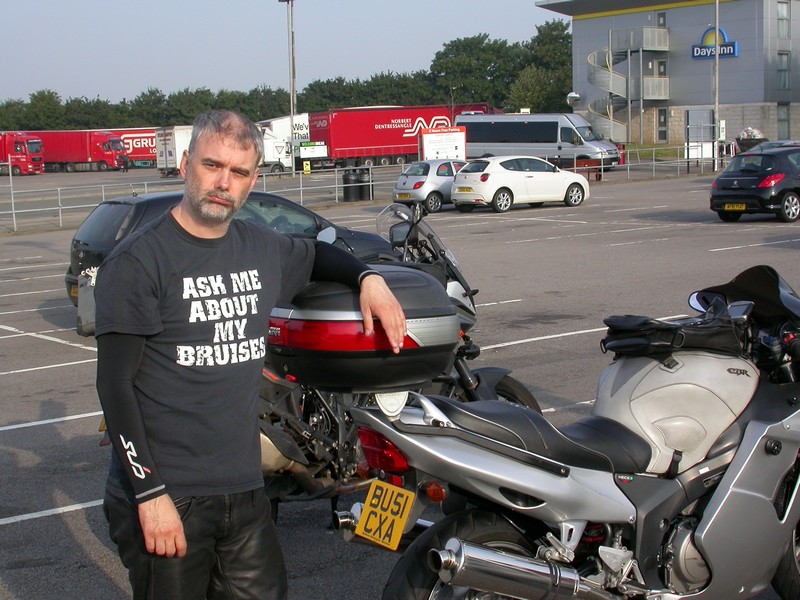 Whilst we were waiting for the tyres, we had our breakfast in the form of bacon and sausages sarnies from Jo’s place on the site, this was washed down with a mug of tea and so replenished in the calorie front we had a tyre kicking walk round of the motorcycles for sale in the CMC dealership. With nothing tempting us to part with our hard earned dosh we collected Rigs bike and hatched plan B, a trip to the Cotswolds and specifically Bourton-on-the-Water. The temperature was getting up and, by the time we reached Stow, so was the traffic, bypassing the queues on the main road we carried on and found parking spaces in Bourton and headed straight for the Windrush Garden Café for some ice cold Coke’s. This was followed by the necessary walk alongside the river Windrush, via one of the many ice cream parlours and around back to the bike park. 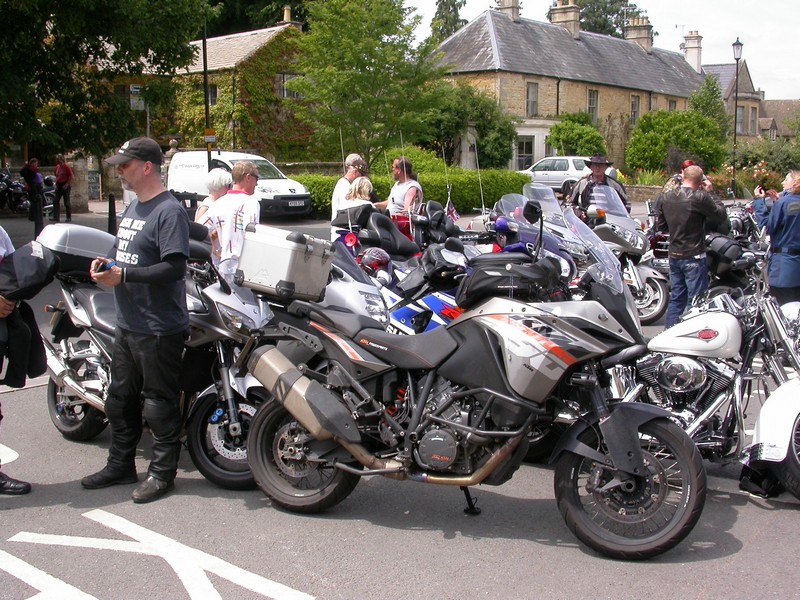 Plan C took shape in the form of a trip back up the Fosse way to take in a couple of “Pub Names” on the Challenge 100 itinerary, The Three Horseshoes at Princethorpe was the first stop which was the easy one, after a memory failure on my part for the second stop at the Shoulder of Mutton it was soon discovered that this was not located in Long Itchington but the other way along the Fosse in Stretton on Dunsmore, given the navigational sack, the trusty Sat-Nav was tasked in sorting this one out, what would we do without modern technology? 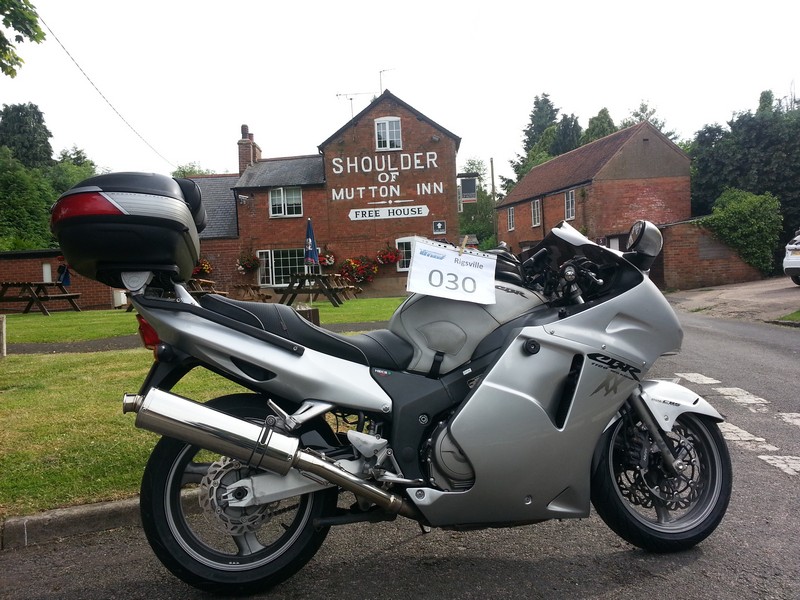 On reflection of the day, although it did not go to plan, it was a good trip out and the weather was excellent, what more could we ask really? 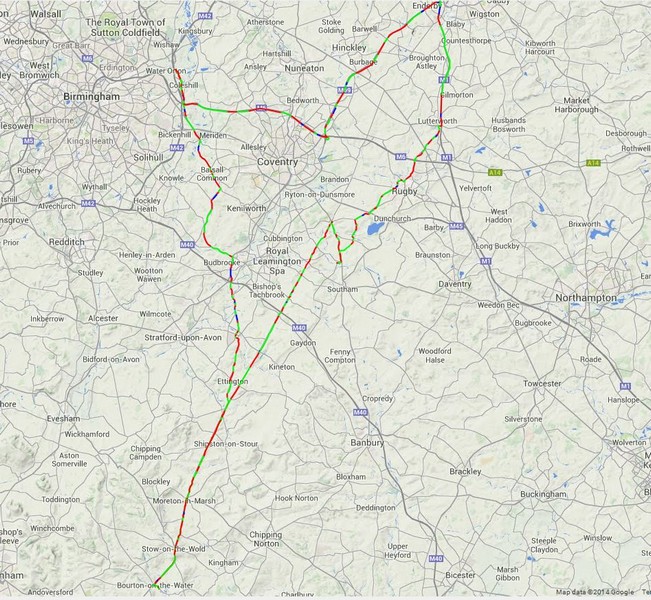