Bob’s FJ isn’t your average bike, in case you have missed it, it’s got a bloody big sidecar attached to it! 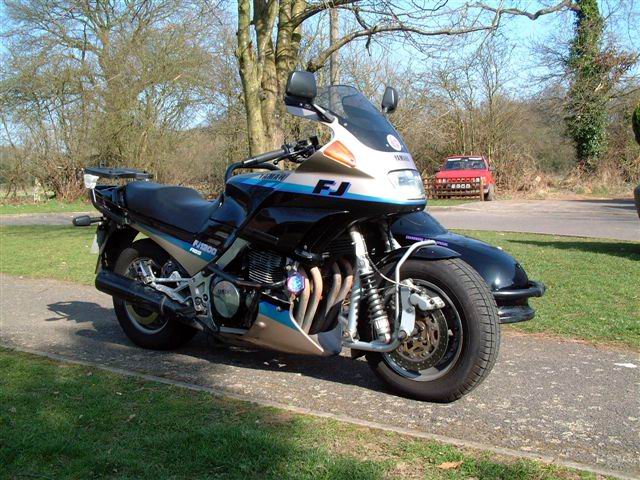 Bob’s has what the medical profession call a `Fooked right leg’ after a motorcycle related incident a few years ago, because of this he has problem putting weight onto his leg. In 1999 after a quite a few years off motorcycles, Bob wanted to get another bike but was obviously worried about being able to support the weight of a motorcycle on the right leg, so he opted for a sidecar.

In 1999 Bob purchased had a Triumph Legend and then moved on to a Honda CBR1100xx Super Blackbird.

Hank sleeping on the FJ1200 in Italy