Today’s little jaunt was around the Forest of Dean, it’s one of the best kept secrets in the UK as it covers some amazing places and some even better roads.

We had the pleasure of our Welsh friends today and after meeting up at in Malvern and after the customary breakfast stop we headed out of Malvern towards our first stop of the day at Clearwell Caves. 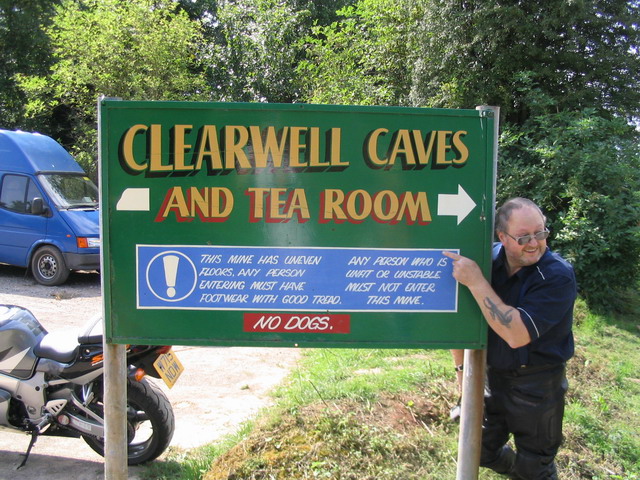 Clearwell Caves are located just outside the village of Clearwell which is not far from Coleford. The caves are part of the last remaining working iron mines and are over 5,000 years old (almost as old as Bob) and are part of a very large natural cave system that contains hundreds of caverns of which 9 are open to the public.

When we arrived at Clearwell Caves after riding some great roads through Ledbury and Ross-on-Wye, we parked the bikes in the gravel stricken hill side car park and decided that it was time for some refreshments at the tea room before entering that dark, damp and unfriendly place (I mean the caves, not Bonzo’s under pants) 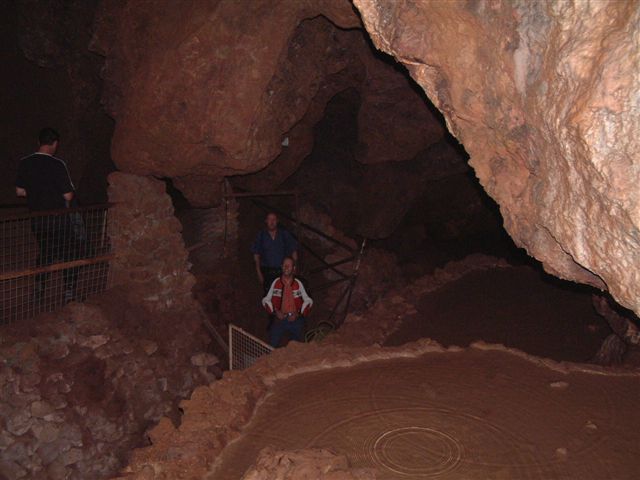 After paying our £4 entrance fee we had a wonder around the caverns, following the marked route. The ground has been flattened making it easy to walk and for the most part there’s enough head room with only a few places where you need to duck your head to prevent contact with rock.

The caverns are quite large and roomy and one of them even has a ‘lake’ with water dripping down from the roof. 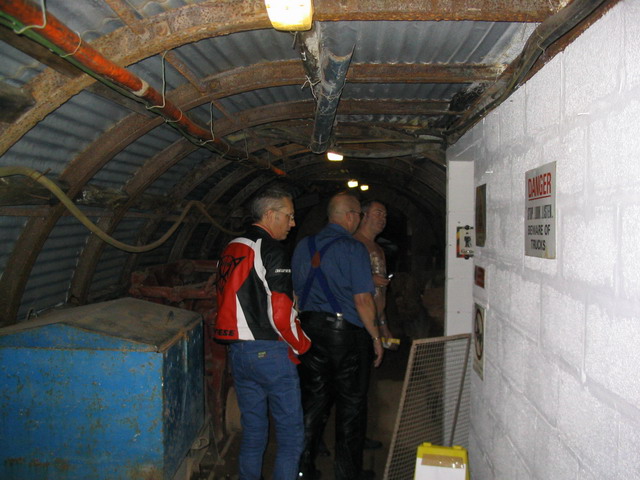 All in all it was a very interesting 50 minutes or so under ground, it was also very nice and cool (10 degrees Celsius I believe) after having around the compulsory gift shop that these sort of place have it was back to the bikes to head out towards out next destination Tintern Abbey. 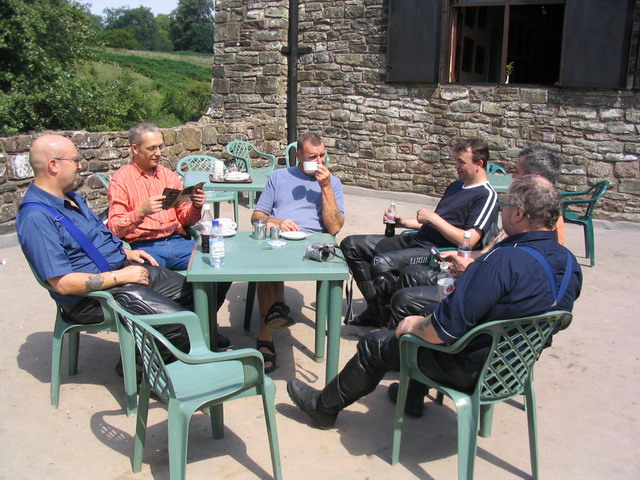 After our trip around Clearwell Caves we headed towards Chepstow along the B4228 with a pit stop for fuel at the local Tesco’s then it was onto the A466 to our next stop at Tintern Abbey.

Tintern Abbey is situated in the village of Tintern as it’s name would suggest and was founded by Walter de Clare in 1131 on the bank of the River Wye.  The abbey was home to Cistercian monks for over 400 years until the reign of King Henry VIII’s dissolution of the monasteries in 1536. 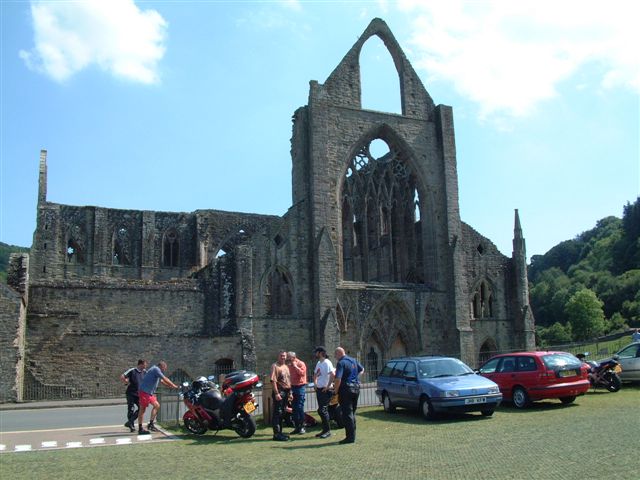 After a little excursion around the hillside around Symonds Yat West we finally made it to our final destination of the day at Symonds Yat East.

This little `hamlet’ is located not far from the famous Symonds Yat rock overlooking the river Wye and is very, very popular with all sorts of people. (did I mention that it quite popular?) 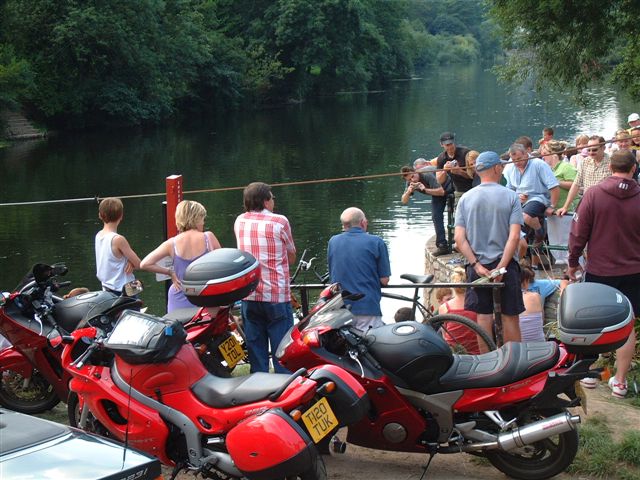 There’s a large pay and display car park but we managed to find a parking space next to the Saracens Head Inn and right next to the hand operating ferry.

As is customary with our little excursions the first thing we did is find a seat outside the local pub and practise the ancient art of sitting on our backsides talking rubbish while at the same enjoying beauty and tranquillity that Symonds Yat has to offer…  or to be more specific we just sat and looked at the many ladies around wearing almost next to nothing! (Well it was a hot day)

When we finally managed to tear ourselves away from the `beauty and tranquillity’ it was time to head for home, after saying our goodbyes we split up and travelled back up to Ross-on-Wye, then onto the M50/M5/M42 and home.