It’s another glorious Saturday morning and with the rest of the RigsVille collective doing their own it was time to get out on the FJR and bag a few locations for this years TMBF 2016 Challenge 100.

I quickly loaded up Tyre and saw that my proposed route would be around 260 miles so I quickly uploaded the route to my GPS and set off up the A5 and then onto M1 towards Northhampton but came off at junction 16 for the short ride into Nether Heyford and the Ole Sun public-house. 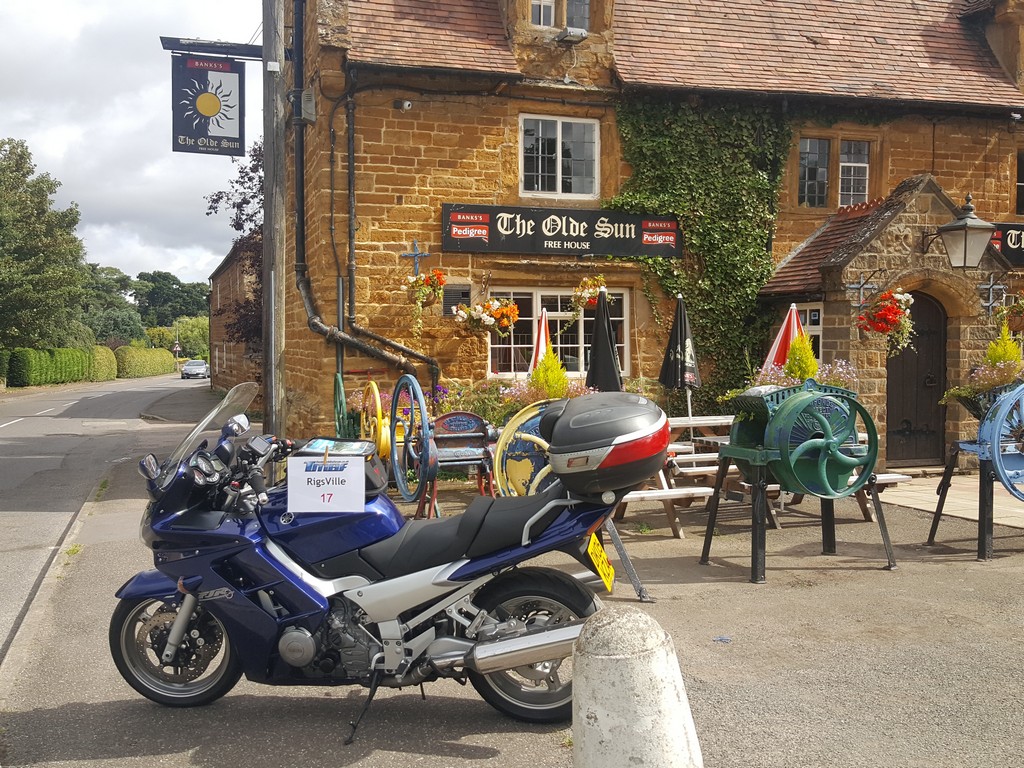 
After I took my photo the weather was starting to get warmer and I was glad that I had opted to wear my Hein-Gericke textile suit as not only does it keep me very warm in the summer, with it’s lining removed and vents opened up it also helps to keep me cool in the summer.

My next destination was 50 miles away in Godmanchester so it was back onto the M1 for a couple of miles and then onto the A45 around Northampton and into Wellingborough where a sign for a McDonads tempted me from my route along with the need for a double sausage and egg mcMuffin and coffee that was soon satisfied.

Alas, I soon found myself heading along the A14 and into Huntingdon for the short ride to find my next location, The Exhibition Pub in Godmanchester where the mandatory evidence photograph was taken and 2 minutes later I was back on the bike and head North 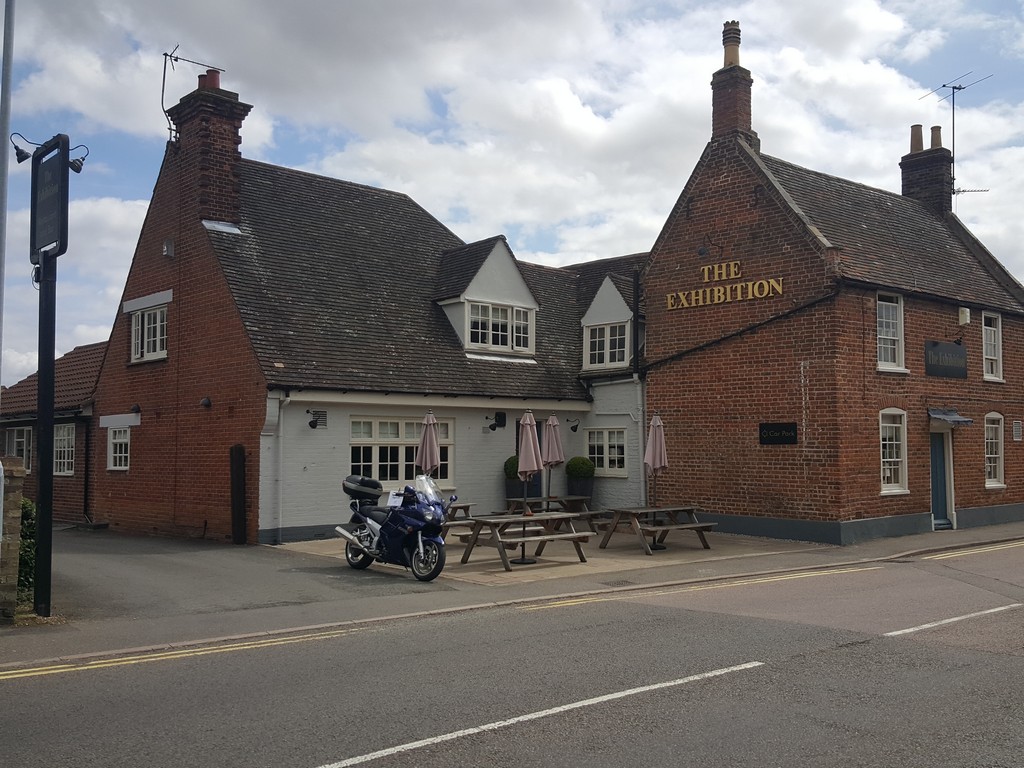 
Due to the short time I had to plan the route, instead of trying to pick roads that would be biker friendly ones, I simply went from postcode to postcode and unfortunately this mean that the roads I used on today’s little adventure were mainly of the dual carriageway variety, fortunately the Yamaha FJR loves this kind of roads and the bike easily soaks up the miles without any problems or complaints, also what helps is that I have an Interphone F5MC Bluetooth motorcycle intercom that helps (when it works…separate review coming soon) the boring motorway roads less boring.

After another 1 and a half hours in the saddle and managing to avoid the temptation of a splendid second breakfast at Langrick station cafe as I rode pas I arrived at Tattershall Castle only to find that there was some kind of open day on and it seemed that everyone from within a 50 mile radius had decided to visit at exactly the same time as me, so I only had seconds to get my photo as I saw one of the local traffic wardens marching towards me who without doubt was about to shout ‘you can’t park there!’ (I was on a footpath) as I quickly ride off into the sunset, OK more like the A153. 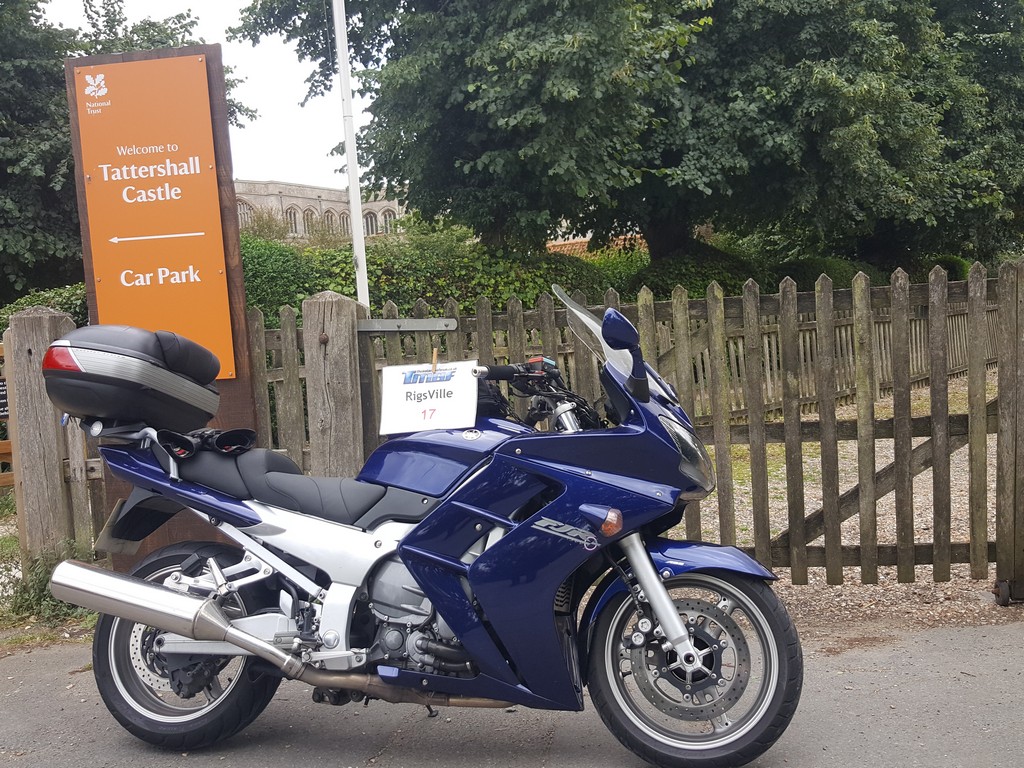 I found myself again back onto a nice little A road, this time, the A17 for the 50-minute ride East to Newark and it’s very nice looking castle, unfortunately, due to the lack of time I was only able to get a few pictures of this fine looking place as I would have loved to have had a wander around. 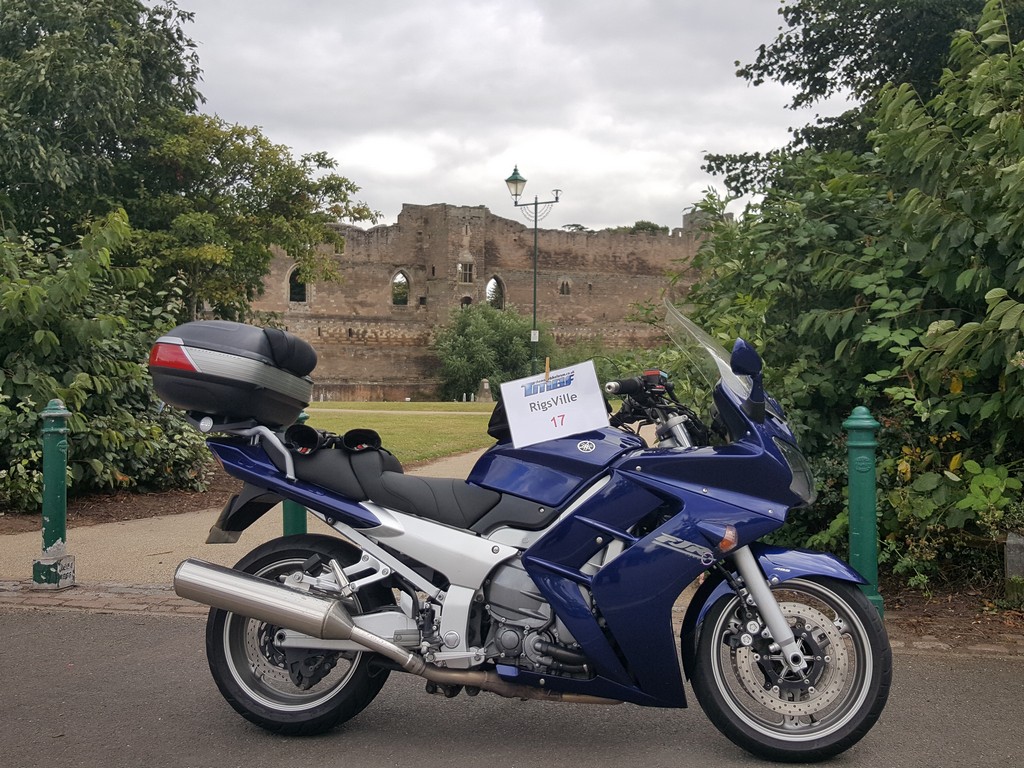 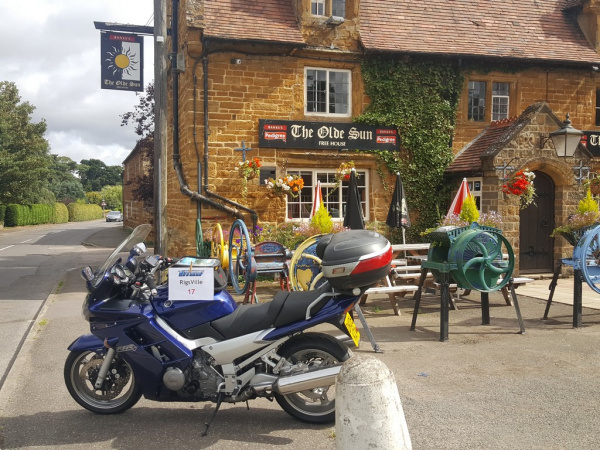 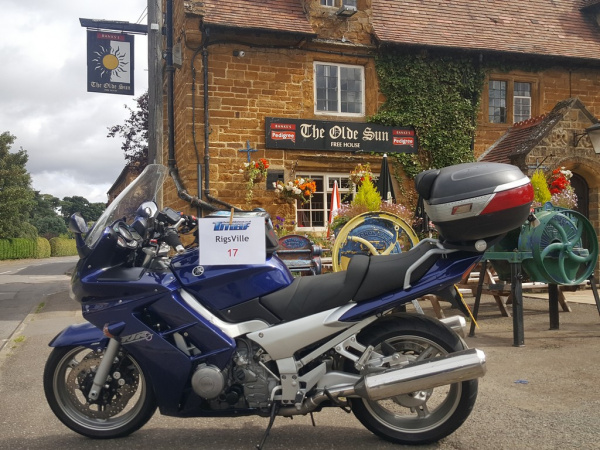 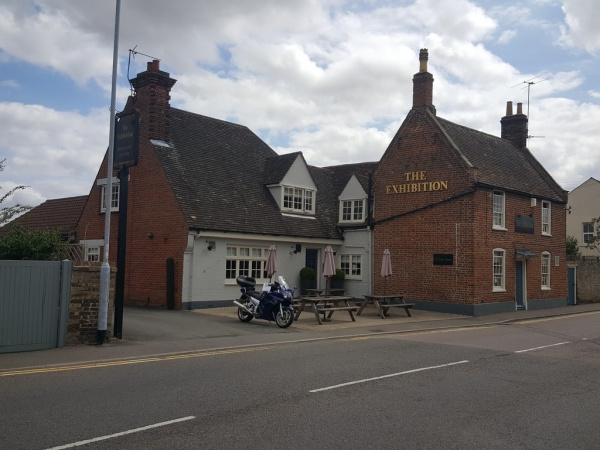 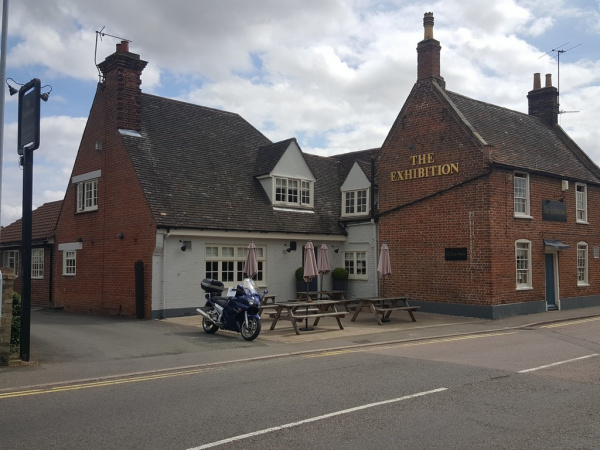 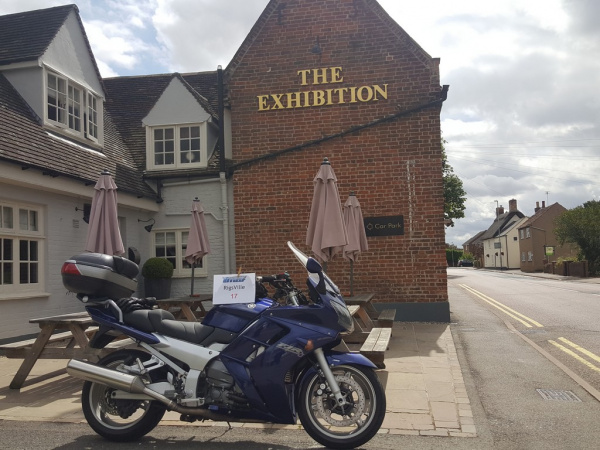 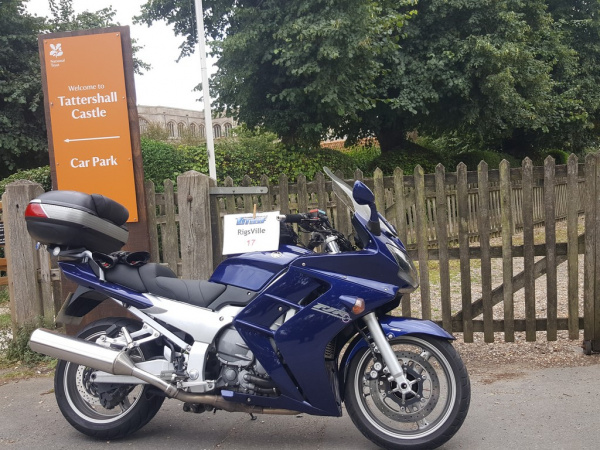 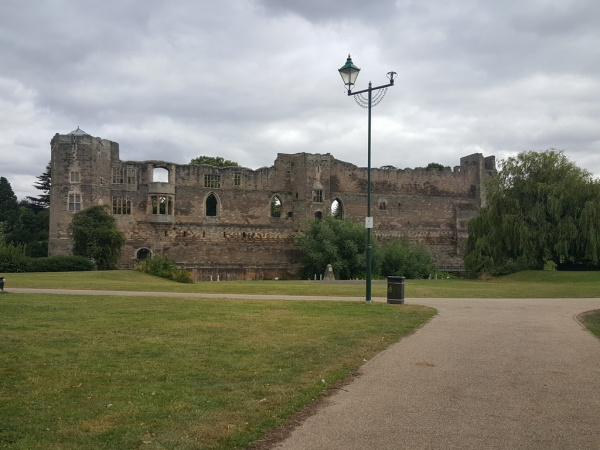 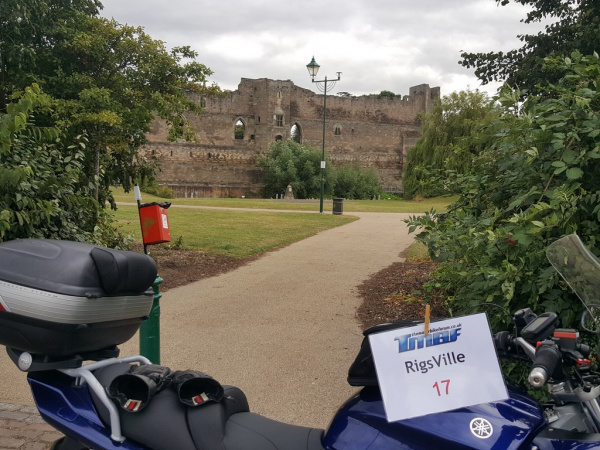 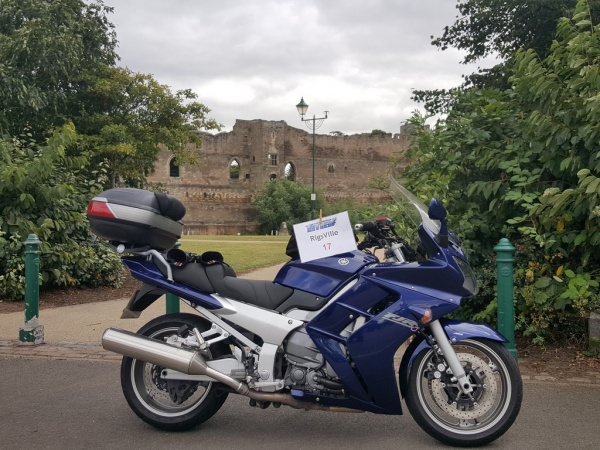