In June Bob and Bonzo spent a long weekend in Scotland exploring the area and taking their evidence photos for this years Grim Riders Battlefields Ride, unfortunately Rig and Chinny were unable to tag along at the time but they still needed to visit the 6 battlefields that Bob and Bonzo had already visited previously, so when Rig and Chinny decided to bag these locations Bob decided to tag along and visit the same places a second time!

As will all our trips to Scotland we started very early start on a Saturday morning and headed up the M6 only stopping at Lancaster services for breakfast, coffee and petrol before jumping back onto the motorway and arriving at our first battlefield location, the Battle of Solway Moss near Longtown in Cumbria, obviously finding all these battlefield locations were very easy as Bob had already been here 2 months previously! 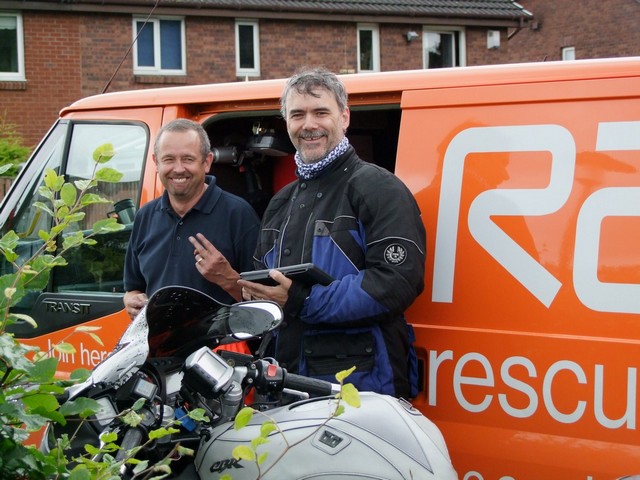 We then carried on North heading for our next the site, the Battle of Bannockburn, in Stirling but during a very heavy rain storm Rig’s Honda Blackbird ‘Flo‘ cut out and refused to start, a phone call the to RAC and an hour wait (in the pouring rain) and the RAC man arrived along with the sun, a faulty fuel pump connector was soon diagnosed and after 20 minutes Rig’s Honda Blackbird was back on the road.

Due to the unexpected delay in our trip is was nearly night time before we arrived at our hotel for the night, the Alltshellach Hotel near to Loch Leven where we had a fantastic nights stay except for being rudely awoken in the early morning by the fire alarms going off, as we stood outside in the early morning rain (we were in Scotland after all)  the source of the fire alarm turned out to due to Chinny using the hairdryer in his room to dry his soaking wet bike boots, needles to say that at breakfast a little while later many Rig and Bob happily told everyone who would listen whose faulty the alarm was. 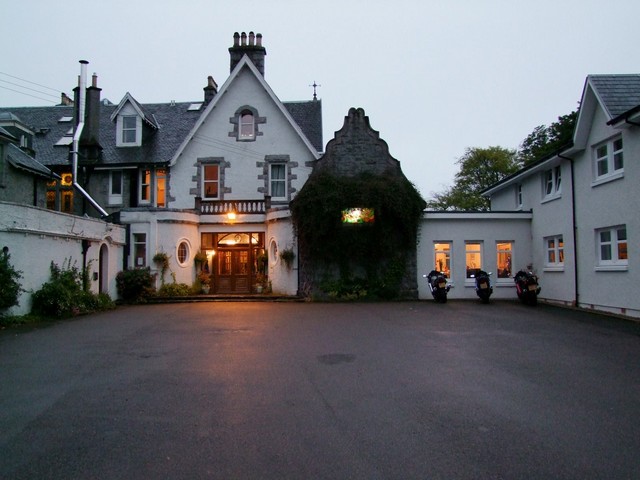 Monday morning came and with it the sun, typical as we were heading back home but not without bagging the remaining battlefield on our way home, the Battle of Flodden near Branxton in Northumberland and then onto Long Marston, North Yorkshire to bag the final photos of the Battle of Marston Moor before heading back to Coleshill.

In total we did over 950 miles over these 3 days and had a great time, even with the rain and the breakdowns.