Most bikers like to talk and when we are at home or work and need our daily fix of anything motorbike related there are a growing number of us that frequent on on-line motorcycle forum or 2 or 3 or 4….

One of my favourite UK motorbike forums can be found over at themotorbikeforum.co.uk where in 2013 they started a ride out challenge where the aim was to get you out on your bike and to give you some places to visit, the 2013 challenge was very well received and you can see loads of photos from it on the website.

So here we are at the beginning of 2014 and while we do have a number of ride outs planned I thought it would be fun to also try and do as many of the TMBF Challenge 100 locations as possible and this page is where I will upload my own photos as well as onto the official TMBF website.

The challenge consists of visiting 100 locations that are divided into 10 Groups based on region and for each location you visit, photograph and then post on the forum you get 10 points as well as an additional bonus of 50 points for every Group you complete.

If this sounds like something you fancy doing yourself, head over to the Motorbike Forum website and register, it’s free!

North England – current score: 0 points
There are also 10 pub names, these can be anywhere in the UK as long are their names are one of the following:

Swarkestone Causeway is an ancient bridge crossing the River Trent between the villages of Swarkestone and Stanton by Bridge, about 6 miles south of Derby. It is currently Grade I Listed and a Scheduled Ancient Monument. (Wikipedia)

Belvoir Castle (pronounced Beaver) is a stately home in the English county of Leicestershire, overlooking the Vale of Belvoir.

The castle is near several villages, including Redmile, Woolsthorpe, Knipton, Harston, Harlaxton, Croxton Kerrial and Bottesford, and the town of Grantham. Antiquarian John Leland wrote in the 16th century that the “castle stands on the very nape of a high hill, steep up each way, partly by nature, partly by the working of men’s hands”

A corner of the castle is still used as the family home of the Manners family and remains the seat of the Dukes of Rutland, most of whom are buried in the grounds of the mausoleum there. (Wikipedia)

Santa Pod Raceway, in Bedfordshire, England, opened at Easter in 1966, is Europe’s first permanent drag racing venue. It was built on a disused World War II American air base, RAF Podington, once used by the 92nd Bomber Group. It is now the home of European drag racing and has grown substantially over its 40-year existence. It hosts both the first and last round of the FIA and FIM/UEM European Drag Racing Championship, along with the British National Drag Racing Championships. (Wikipedia)

Bridego Railway Bridge (now known as Mentmore Bridge) is the location where the Great Train Robbers unloaded £2.6 million from the Glasgow to London mail train in the early hours of Thursday 8 August 1963. (Wikipedia)

Bletchley Park, in Milton Keynes, Buckinghamshire, was the central site of the United Kingdom’s Government Code and Cypher School (GC&CS), which during the Second World War regularly penetrated the secret communications of the Axis Powers – most importantly the German Enigma and Lorenz ciphers.

The official historian of World War II British Intelligence has written that the “Ultra” intelligence produced at Bletchley shortened the war by two to four years, and that without it the outcome of the war would have been uncertain. (Wikipedia)

The Bancroft Concrete Cows in Milton Keynes are an iconic work of sculpture, created in 1978 by Canadian-born artist, Liz Leyh.

There are three cows and three calves, approximately half life size. (Wikipedia)

The Mo Sheringham Museum is a museum in the town of Sheringham, Norfolk, England. The current museum opened in April 2010 and replaced the former collection which was housed in converted fishermen’s cottages behind the main street. (Wikipedia)

The Norfolk and Suffolk Aviation Museum is a museum collection of aircraft and aviation-related artefacts, located near the former RAF Bungay airfield on the outskirts of Flixton, in the United Kingdom. (Wikipedia)

Upthorpe Mill is a Grade II listed post mill and Scheduled Ancient Monument at Stanton, Suffolk, England which has been restored to working order. (Wikipedia)

Batemans Brewery (George Bateman & Son Ltd) is an English brewery based at Salem Bridge Brewery in Wainfleet, Lincolnshire, and founded in 1874. Website: www.bateman.co.uk

The Jolly Fisherman Poster and its accompanying slogan is probably the most famous holiday advertisement ever drawn. It has been circulated hundreds of times in almost every newspaper in the land, and the dancing salt has been imitated by thousands of visitors. John Hassall drew the picture in 1908. Website: www.jollyfisherman.co.uk

The Gayton Engine Pumping Station was built and completed by H.M. Commissioners of Sewers in 1850, to pump water from Gayton fen and marsh into the Great River Eau. The power for pumping was originally steam, but in 1945 a diesel engine was introduced, and this is what survives in working order.

Thornton Abbey was a medieval abbey located close to the small North Lincolnshire village of Thornton Curtis. It was founded as a priory in 1139 by William le Gros, the Earl of Yorkshire, and raised to the status of Abbey in 1148 Website: www.english-heritage.org.uk

RAF Goxhill is a former Royal Air Force station in England. It is located just to the east of the village of Goxhill, on the south bank of the Humber estuary, opposite the city of Kingston upon Hull, in north Lincolnshire. Wikipedia

The Spurn Lightship is a lightvessel currently anchored in Hull Marina in the British city of Kingston upon Hull, England. Website: www.hullcc.gov.uk

Mount Pleasant Windmill is a traditional four-sailed brick tower mill built in 1875 on the Lincoln Cliff overlooking Kirton-in-Lindsey with extensive views over the Trent Valley and the Wolds. It was wind powered until 1936 when the sails were removed. Website: www.trueloafbakery.co.uk

The Crooked House is a public house in South Staffordshire, England. Its name and distinctive appearance are the result of 19th century mining subsidence. One side of the building is now approximately four feet lower than the other. (Wikipedia) Website: www.thecrooked-house.co.uk 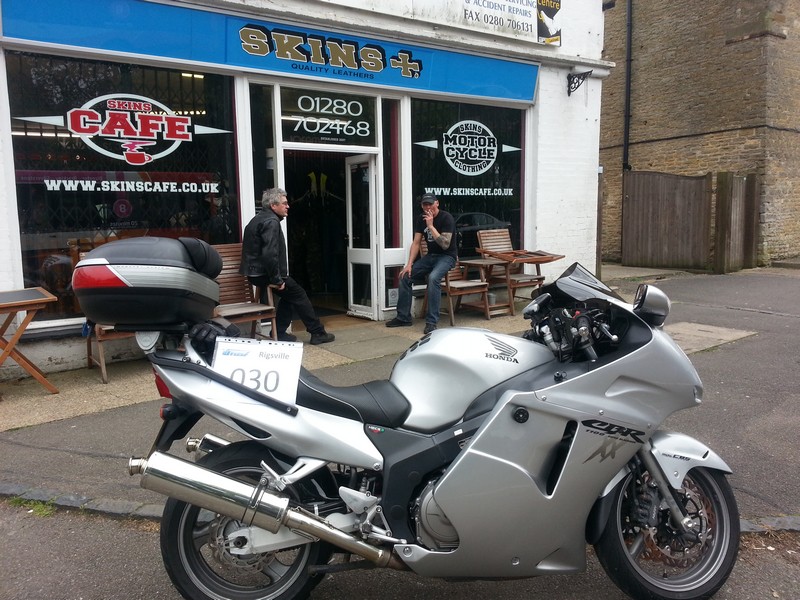