Saturday started as a mixed bag, cold and damp, with the collective undecided on which breakfast venue to use Billy thought he would crack on with a trip from the sat nav database and visit a few TMBF Challenge 100 locations, always a good excuse to get out and about.

This trip involved a run down the M40 corridor and took in a total six counties, these being God’s own county of Warwickshire, a nick into the south of Northamptonshire, a decent run through Buckinghamshire, Hertfordshire, Berkshire and back up through Oxfordshire and Warwickshire and home.

The actual tags to visit were not very inspiring, there were no historical locations this trip, and the stops involved three cafes and two pubs.

The first destination was The Deep Mill Diner on the Main A413 near Amersham & Great Missenden, from there it was off to Wokingham in Berkshire and the Pinewood Bar & Cafe which was located on a site of the leisure centre and occupied one of what looked like Nissen Huts on an industrial type estate. 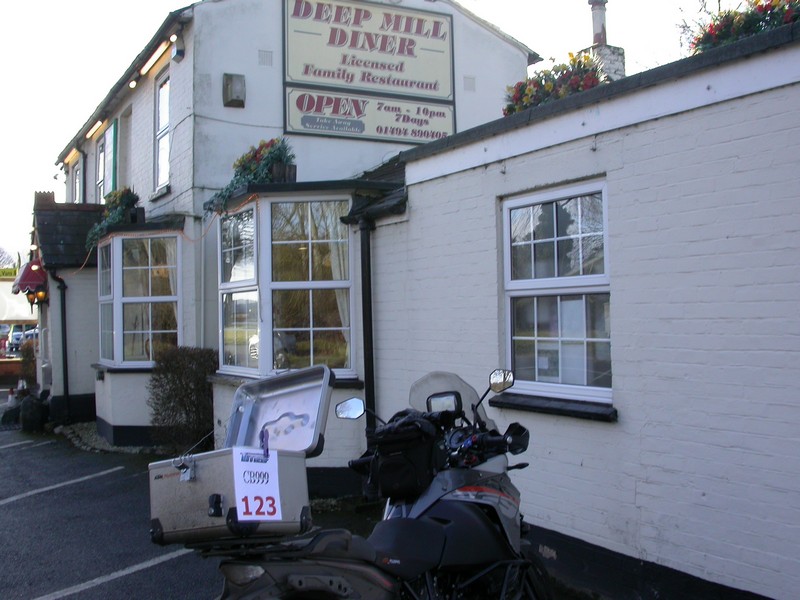 Next up was what proved to be a tricky photo point, the Flowing Spring pub in Playhatch, Oxfordshire. The pub did have a nice car park at the rear but unfortunately there was not a name sign in the elevation which overlooked the car park so an alternative perspective was required. The pub is on a narrow road so the front was out of the question which left a side on shot of the pub name through the hedge, the side road looked relatively quiet and seemed to lead down a lane, the angle of the road proved testing but Billy managed to manoeuvre the bike to a suitable spot to show all the constituent parts required, the bike, entry board and the target. After all that the exit from the side road was also a challenge, a steep exit onto the main road, not easy. 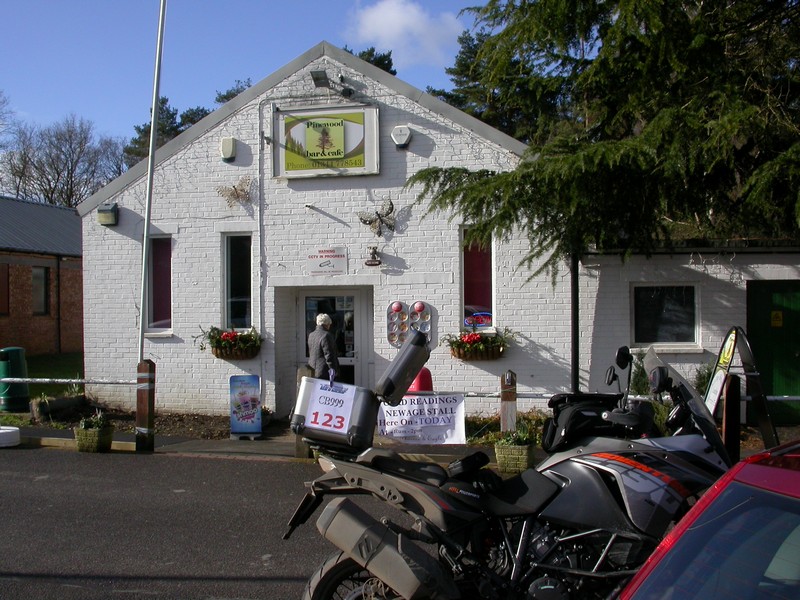 Next it was onto the homeward leg of the trip, routing through south Oxfordshire to the H Cafe which sits alongside the Infinity Motorcycles Store on the A4074 at Berinsfield. A pit stop was necessary at this stage due to the bladder range not being what it once was, so in a fair exchange Billy quaffed a tin of fizzy coke to make up for what had gone the other way. In the car park the local red kites circled expectantly very low, two things to consider at this point, one was not to stand still for very long as they look as a quick dive will see a chunk of flesh missing and two, don’t leave your grub unattended for too long, needless to say there was nothing left lying around. 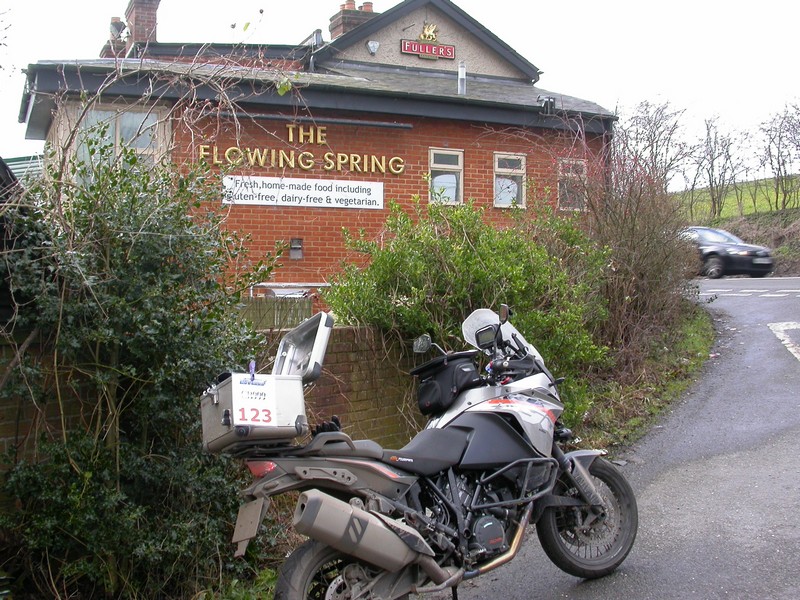 After refreshments it was off to Kidlington and the last stop of the day, the Black Bull had been found on the route as one of the general “pub name” locations on the challenge, the trusty satnav performed excellently and took Billy straight to the car park in what was a busy time of the day. The last photo in the bag it was time for the last leg, up into Banbury then the A423 home. By this time the roads had started to dry up and the bike & visor had a respite from the road grime which continued to build up all day. 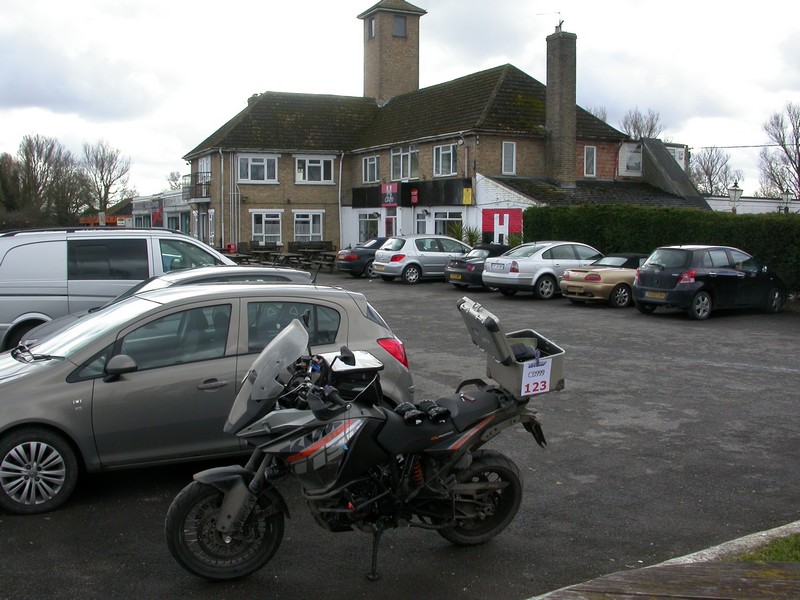 In conclusion, although the targets were not very inspiring the near 200 mile trip was enjoyable for the wonderful part of the country travelled. Thanks again must go to the TMBF organisers, can’t be stressed enough that this challenge is a great excuse to get out and about. 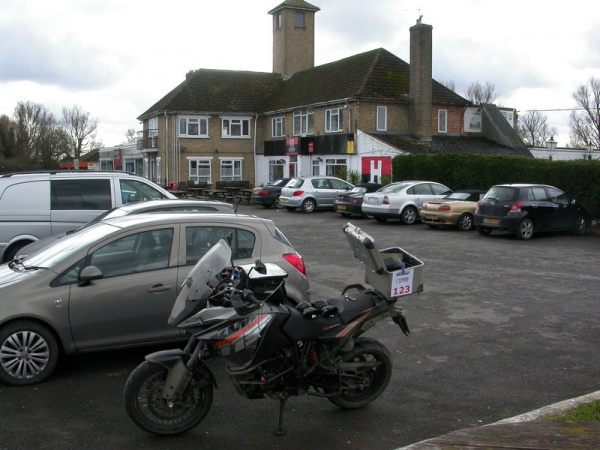 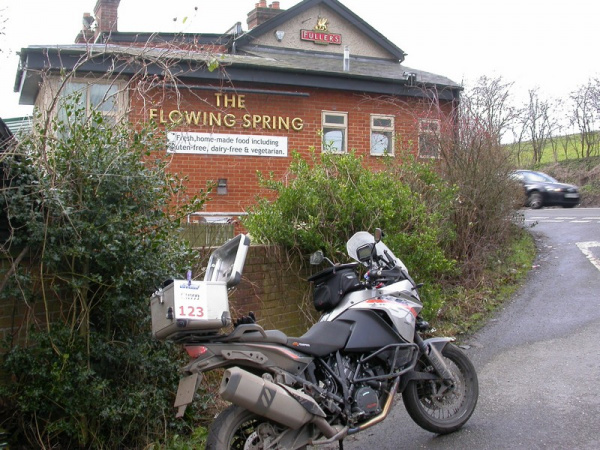 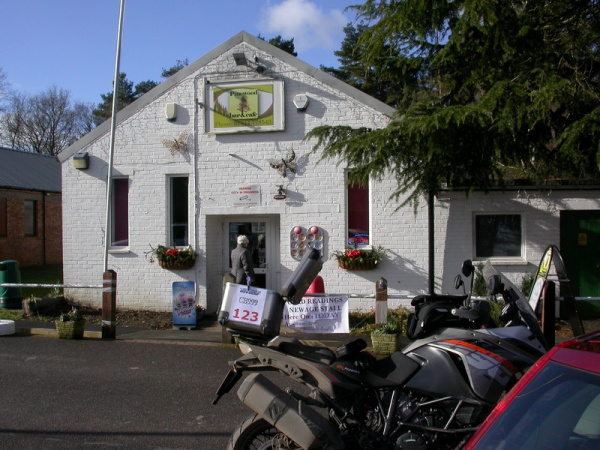 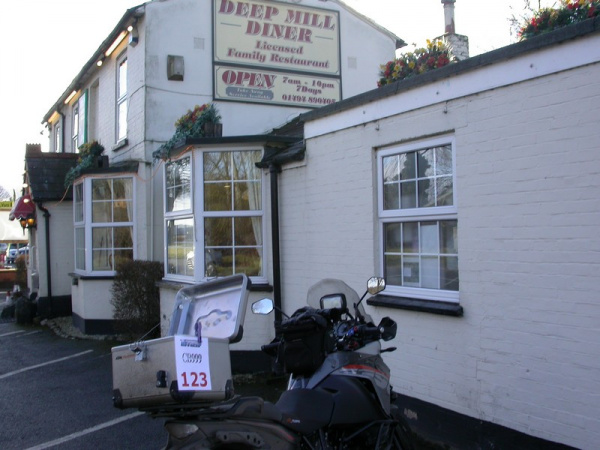 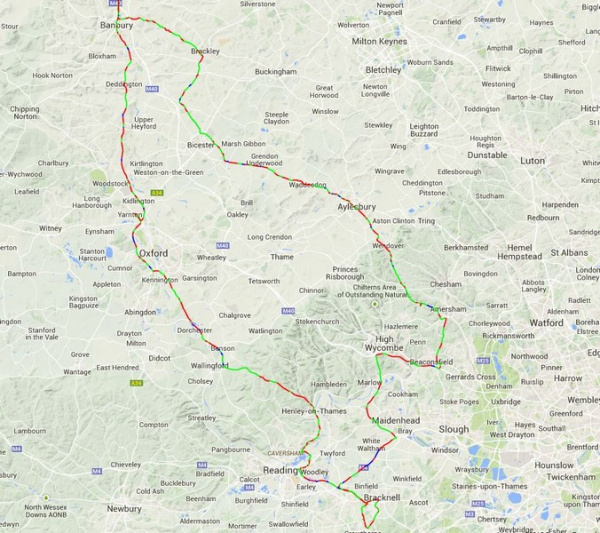 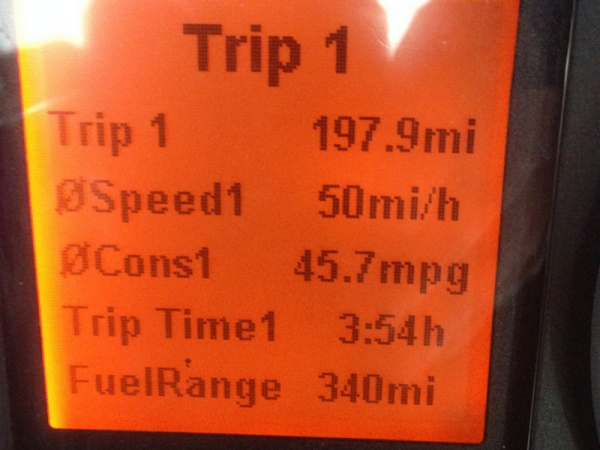