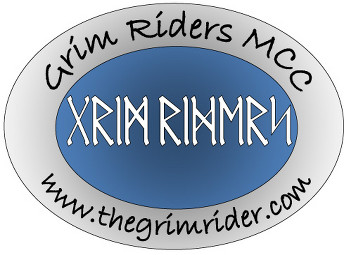 A fairly innocuous email dropped into my inbox from Rob TheGrimRider.com touting an idea for a “Virtual Rally”, never having done anything along these lines before it caught my interest from the off:-

Idea:
You will plan a route to visit a number of bonus points selected from a rallybook. Your route must visit these bonuses and return to the starting point within a virtual time of 24 hours. Your time will be calculated on the route you enter, based on an overall average which will be given to you. You will also have to factor in time for rest bonuses and fuel stops. The winner will be the ‘rider’ who gains the most points within the allotted time.

Format:
At 6pm you will be sent the following in digital format – Final instructions, including the average speed to be used across the rally.
A rallybook (in PDF format) detailing a number of bonuses – bonuses will be worth differing numbers of points and some will only be available to ‘visit’ at certain times of the day or night.
A gpx. file containing all the bonuses.
A document to be returned by 10pm detailing your ride – listing all the bonuses you would visit, identifying fuel and rest stops, and your mileage and time. You will also gain extra points by providing accurate images of the bonuses you visit (e.g. Images from internet sites).

Entry:
Send an email to grim@thegrimrider.com with the following information –
Your name (n.b. Single entries only, no pillions on this one!)
Email address (this will be need to be confirmed)
Your bike (the reason for this will become clear!)
Entry cost; £5 to a charity of your choice.

Just to confirm, you will not need to actually ride your bike during this rally, there will be technical inspection and no hydrocarbons will be burned up. You are welcome to sit in your bike while taking part, and if it helps to get you into the spirit of the event make vroom vroom noises while you are sat there (or even pretend to break down if you are riding an old Triumph ).

I replied in the positive and started to give a bit of thought to what everything meant, “Rally Book”?, “Bonuses”?… all very strange…

Luckily a while later Rob provided an example so most of my queries were sort of answered.

Come the day of the Rally, a bank holiday Sunday, ideal day as it turned out as there was no work the next day. Sitting in front of the laptop I had already decided that I would use TYRE to sort out the route etc. however on checking the chatter on the message board that Rob had set-up it seemed that MS Autoroute was the thing to use. Now I do have this software but I had not used it enough to become confident so I decided to stick with TYRE and Google for the pictures etc. True to his work Grim emailed the documents at ten to six, just as I was about to have a bit of sustenance for the journey, I had a quick scan through and went back to the grub!!.

After being suitably sustained I loaded up the GPX file and took a look, made an initial assessment of a route and checked the mileage… 1700+ and loads more hours than available, back to plan B. I looked a bit closer and decided to abandon any thoughts of getting the big bonus hits and just go for a route regardless of the value. My inexperience was telling already…

My route B was 900 miles ish, so I went with it, planned all the stops, worked out distances between, factored in the fuel stops, which in my case were a maximum of 250 miles and also the compulsory 30 minute rest stop.

Starting to get it down on paper also brought a couple of more problems into view, I would not make the “Night only” or “Set time slot” bonus positions so in the end lost 3 stops due to this. Time was spent trawling the internet for pictures to add as “evidence” and I eventually completed my road book document at 9:55pm, a mere five minutes to spare, no time to check and double check, I had to go with what I had.

The point count was not particularly high but at least I had a route to present, which at 9pm looked doubtful, a quick calculation on the miles covered against time on the road seemed to indicated that I had gone over the maximum allowed 45MPH, no time to check though so it was emailed off along with a map of the route. Straight away I cleared off to lie down in a darkened room, my brain was hurting…

Would I do it again?, probably, the time was very tight, I don’t know about the others who took part if this was general or if it was down to my incompetence. There is no way that I would be able to prepare a high scoring route in such a short time but it was an interesting experience non the less.

Would I tackle a real rally?, thinking about that one, it would have to be a very novice one with plenty of time to sort a route and not be too taxing!