This was intended to be our 1st proper ride out of the year, OK that’s not exactly true as we had been out a number of times battling the frozen roads around the West Midlands, including a couple of trips out for a quick breakfast to the Long Itch Diner or Welsbourne Cafe but we didn’t take any photo’s or get up to anything interesting other than eating and talking about how cold it was but then Saturday morning dawned (like it normally does) and we decided to meet Bonzo and Ray over at Fromes Hill cafe to say HI and tease Bonzo about his baldy head and to ask Ray if he had gotten any new thongs for Christmas.

Unfortunately Chinny couldn’t make today ride out, even the promise of a large plate of fried pig couldn’t tempt the poor fella, so after a quick cup of tea at Bob’s house (Thanks Lyn) we set off down the back lanes and onto the M40/M5 towards Worcester.

The ride over to Fromes Hill cafe was fun, including a sphincter clenching moment when we approached junction 6 of the M5 and on the bridge above was a couple of fluorescent clad gentlemen and a rather large speed camera along with a couple of police cars on the hard shoulder that had pulled over a few cars.

After we arrived at Fromes Hill cafe and gotten our warming cups of tea we waited for Bonzo and Ray to arrive and noticed that they were later than usual but after a while Bonzo turned up on his own… So where’s Raymondo? 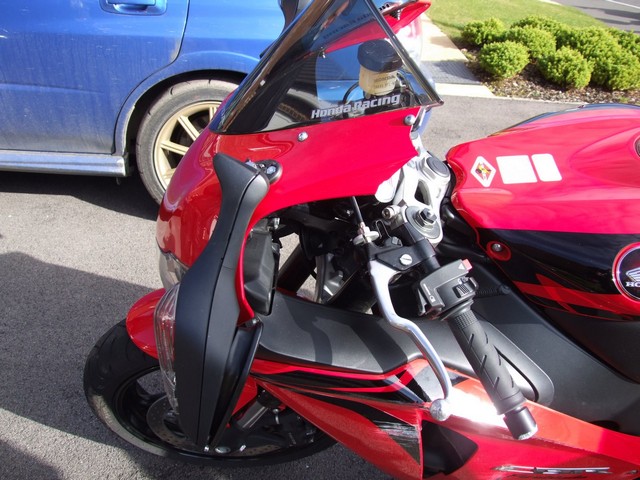 It turned out that poor old Ray had slid off his bike while coming off and island near Cardiff and while Ray was OK (except for some bruising) the bike was not really up for the long ride over to Fromes Hill cafe due to the mirror/indicator hanging off but was ridable. After Bonzo and Ray checked everything was OK Ray insisted that Bonzo continue on to Fromes Hill cafe and Ray rode his bike home to inspect the damage.

After Bonzo had told us about Ray we immediately jumped into action like a well oiled piece of fried bread and ordered breakfast (well we were starving!) and only then after eating up and having a second cuppa did we decide to head back to Cardiff with Bonzo to check on Ray and his broken Blade.

After following the large silver whirlwind that we live to call Bonzo, we arrived at Ray’s house and checked that Ray was OK and then we retired into his garage to inspect the poorly Honda CBR1000.

The initial inspection showed that the bike had slid down the road on it’s left hand side and as well as snapping off the mirror/indicator and sand papering away the engine case and fairing we noticed that the link arm to the gear change was also bent, the clutch lever was bent and the foot rest hanger had cracked pushing the heel plate into the chain guard. 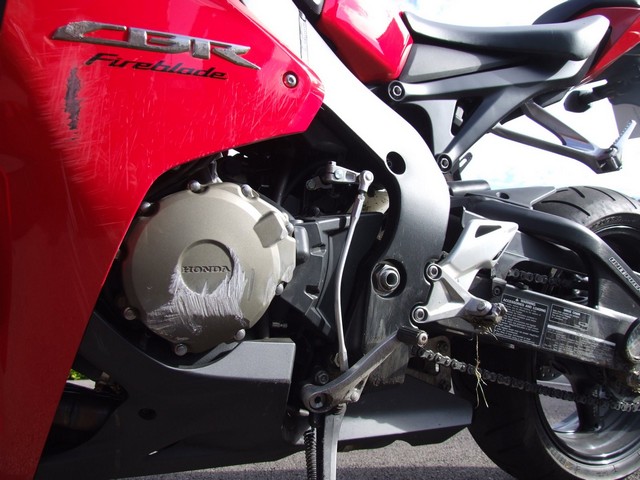 The obviously most important fact was that Ray was OK and only battered and bruised so all that was left was for the p*ss taking to commence! 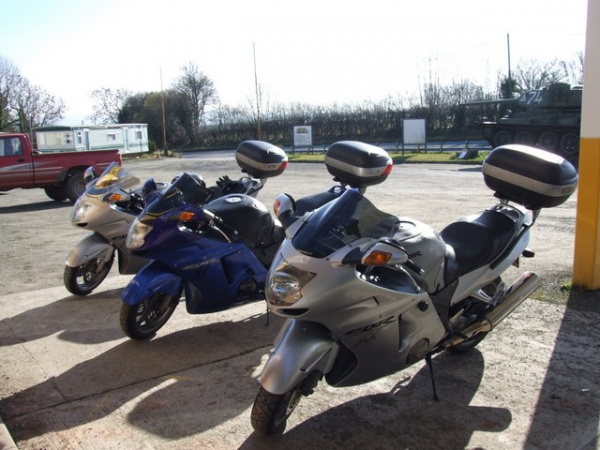 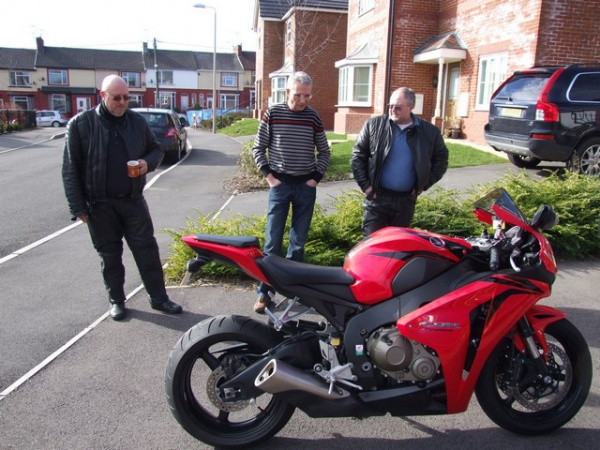 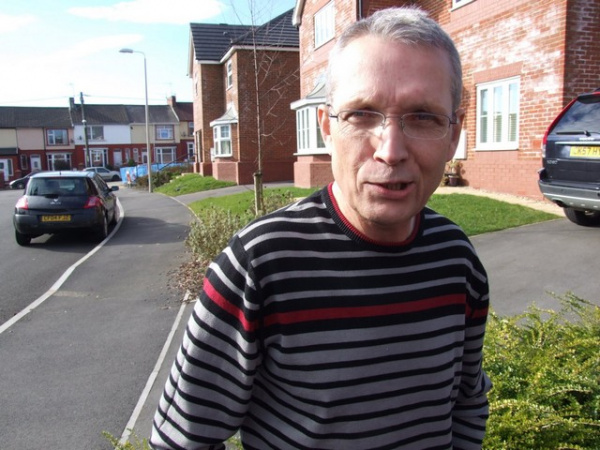 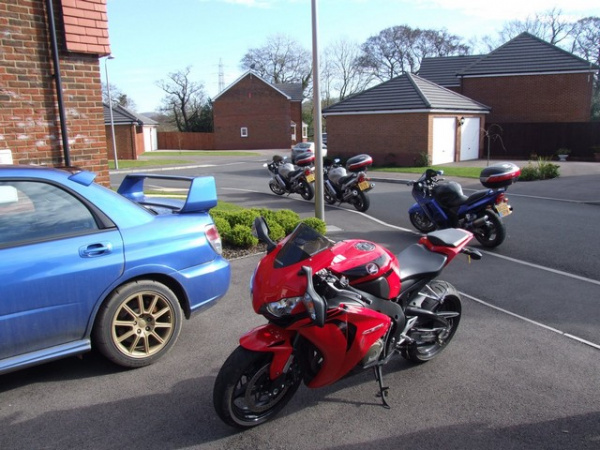 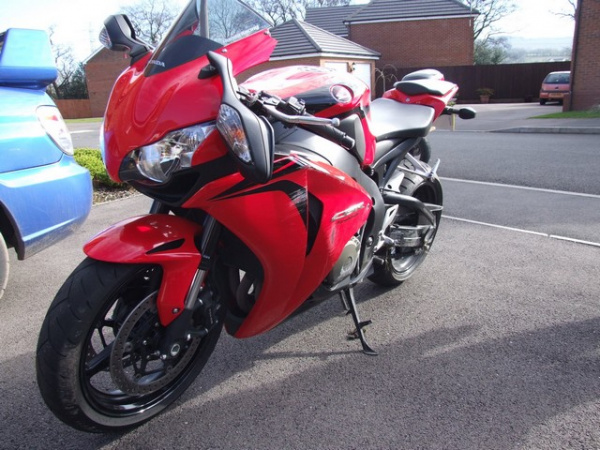 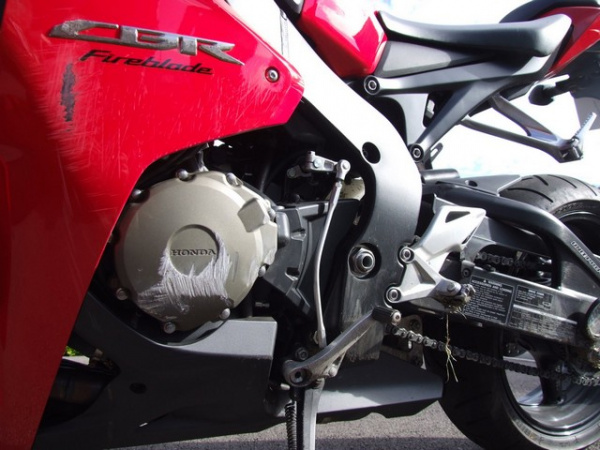 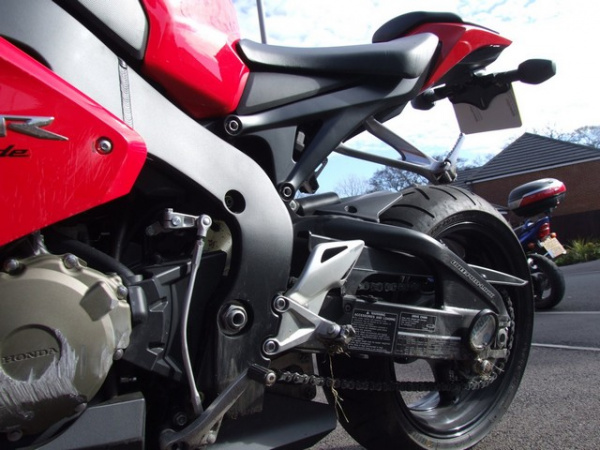 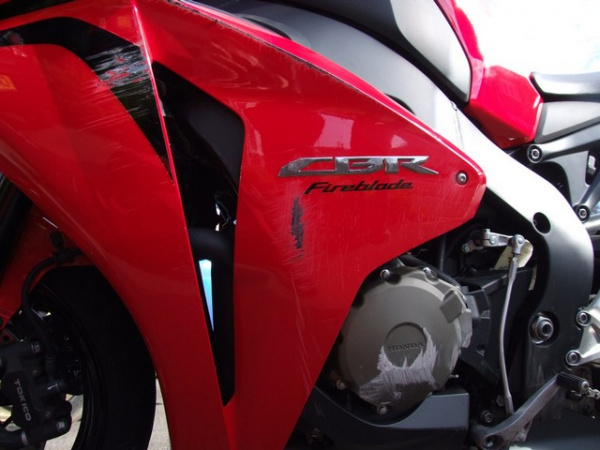 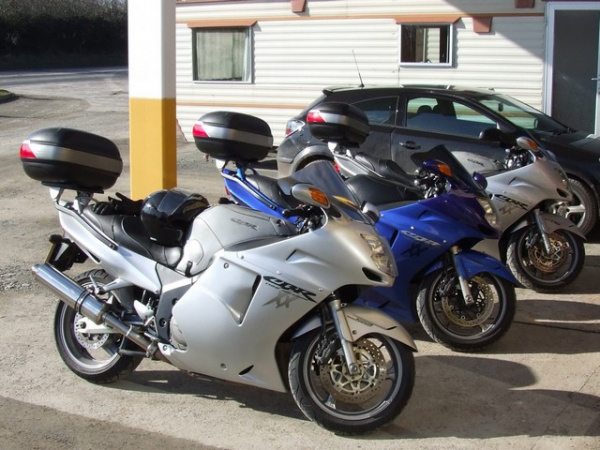 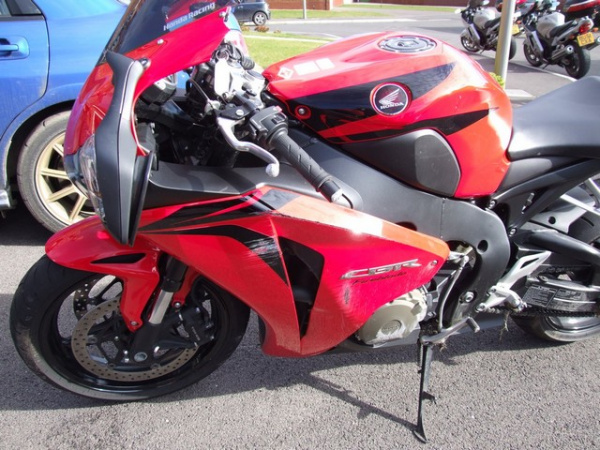 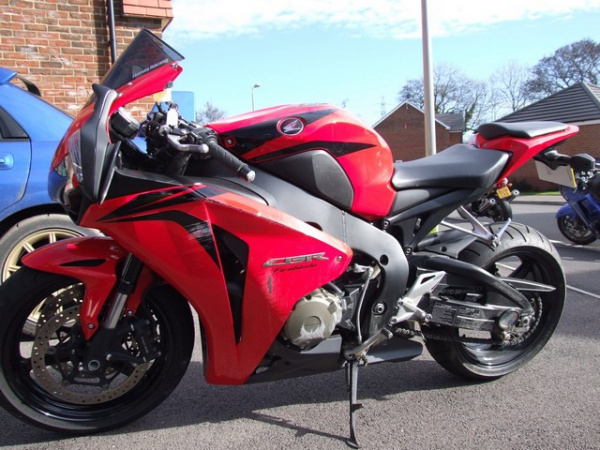 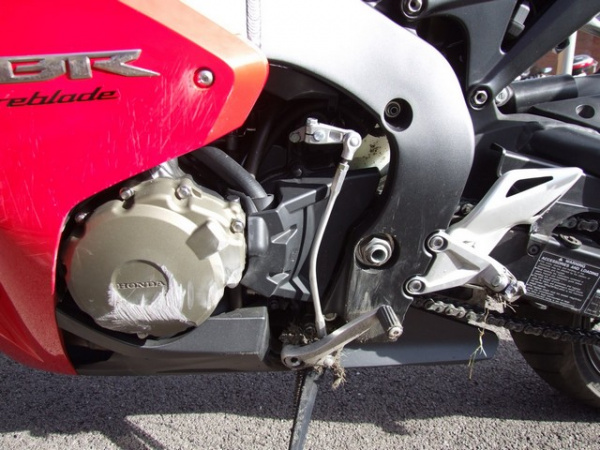 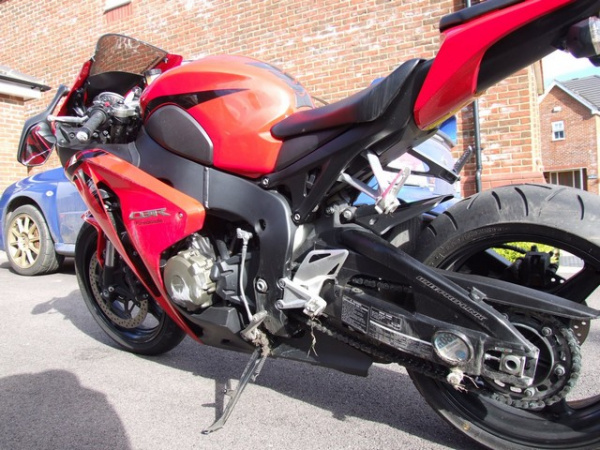 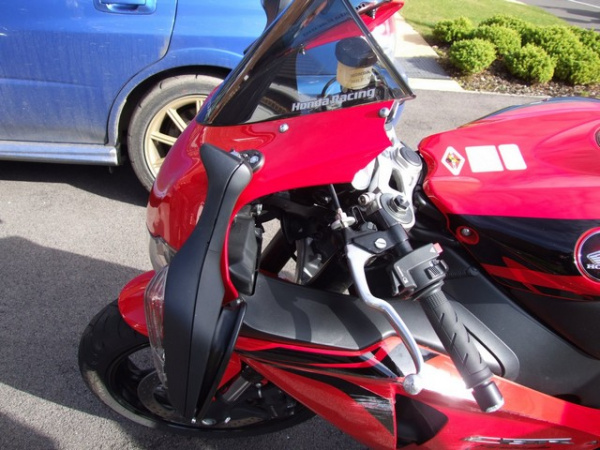 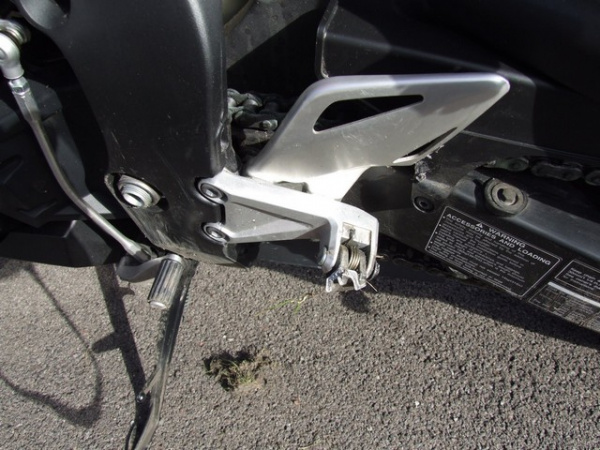 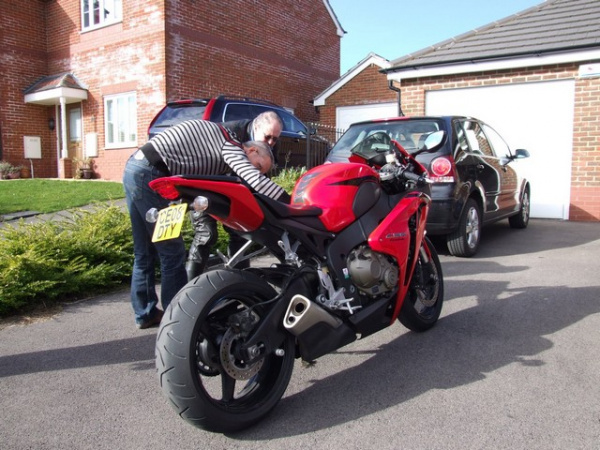