Saturday morning was cold, blooming cold in fact but that didn’t stop me and Bob leaving the warmth and comfort of chateau-la-bob for the mostly dry roads of Oxfordshire in search of fried food and strong tea.

The plan was to have a ride around the glorious roads of the Cotswolds and eventually end of at Fox’s Diner for lunch and very surprisingly that’s what almost happened.

We planned to head down the A429 into Stow on the Wold and then to A424 into Burford and a quick blast along the A40 then turn off onto more local roads like the B4044, A4074 and end up at Dorchester-on-Thames for lunch at Fox’s Diner.

Well I did say that we almost stayed on plan except that I was in front and totally forgot about turning off at Stow and kept on going all the way past Bourton on the Water and only remembered when we hit the junction with the A40. no worries I thought so we just headed along the A40 into Burford and then keep going. And kept going is what I did until we reached Oxford. Opps I forgot again to turn off the A40 near Eynsham.

Due to my poor navigation ability we decided to resort to the old favourite – GPS. Bob entered the details into his trusty (or should that be rusty) Garmin GPS and off we went, passed the turning for the A34 and into Oxford city centre!

The GPS was set for shortest route, not fastest so in it’s wisdom it took us straight through the centre of Oxford where we had great fun battling with loads and loads of bloody pushbikes.

We eventually survived Oxford and made it to Fox’s Diner just in the nick of time as we were both starving!

Fox’s Diner is obviously a very popular biker’s cafe, it was packed with bikers with everything from Trikes, Sports bikes, a very dirty Honda Blackbird, and a very nice and clean Triumph! outside there’s loads of easy bike parking, no gravel covered hills here and there’s loads of outside tables, inside it’s also very nice and according to Bob the breakfast was good as well.

After we had eaten we went outside for a chat and to look at the bikes in the car park, also next to Fox’s Diner is MPS Express which is useful to nip in and have a wander around.

Note: Fox’s diner has now closed and re-opened as the H-Cafe 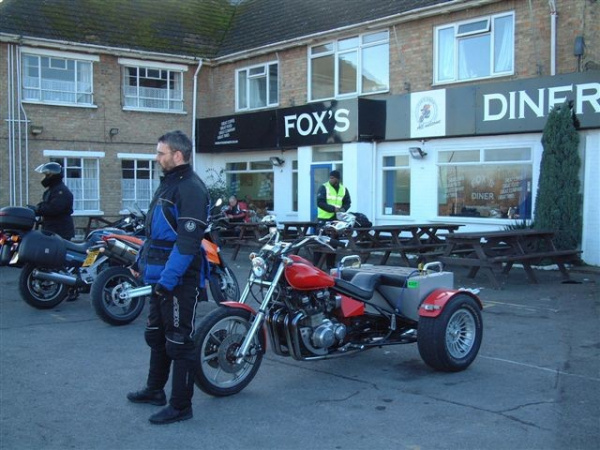 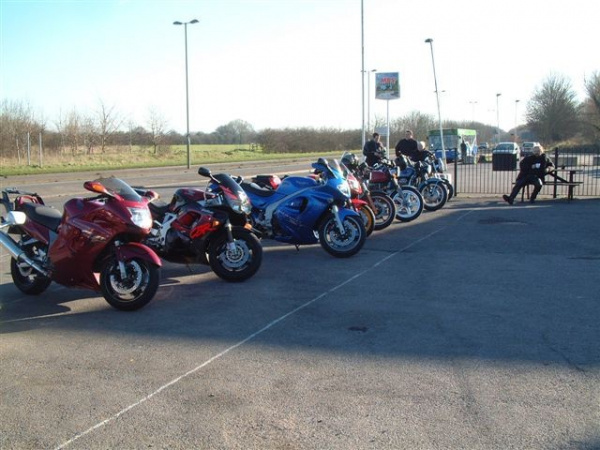 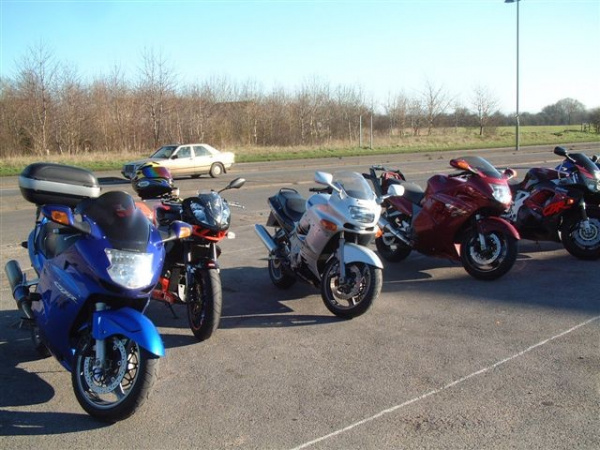 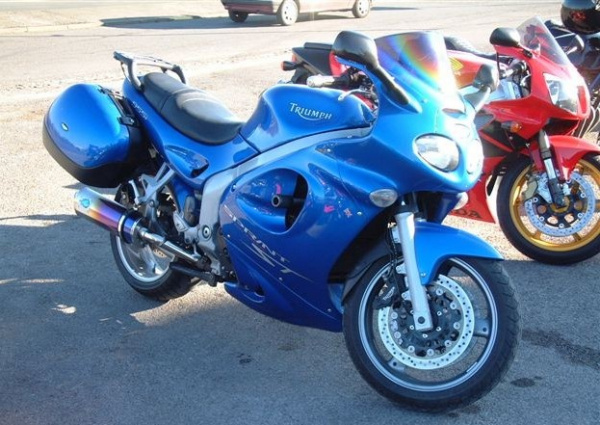 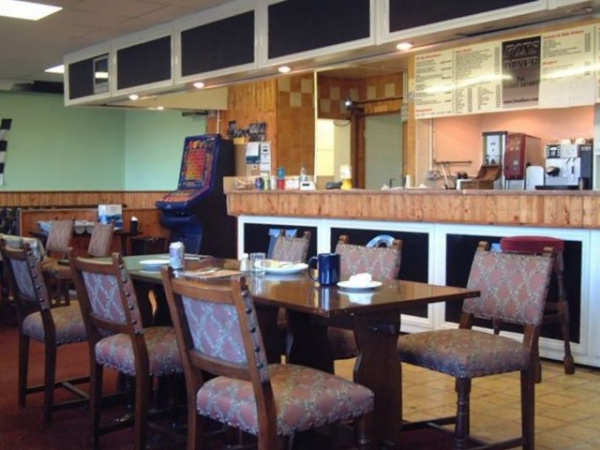 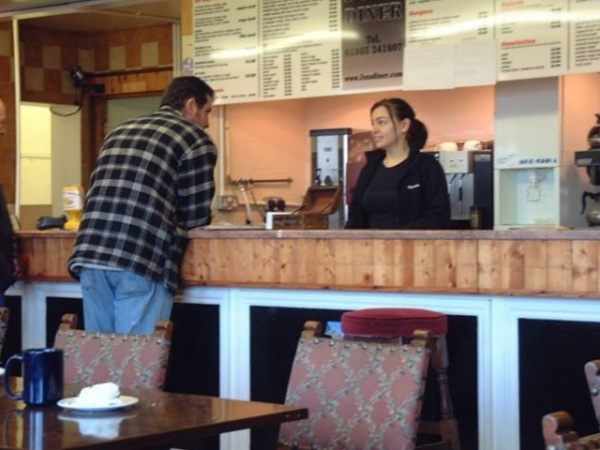 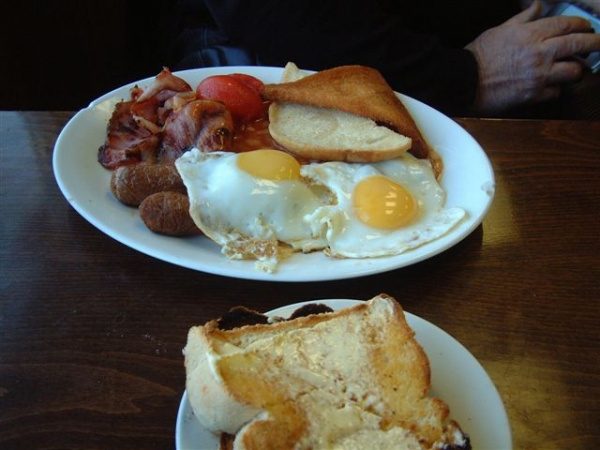 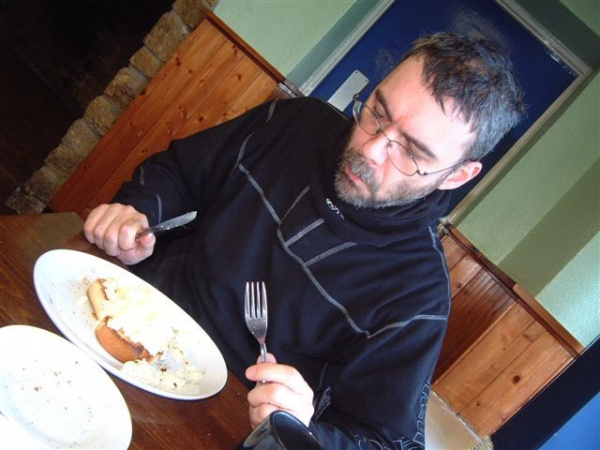 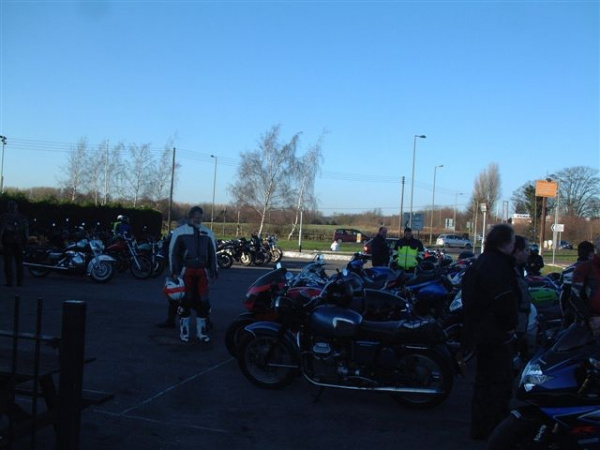 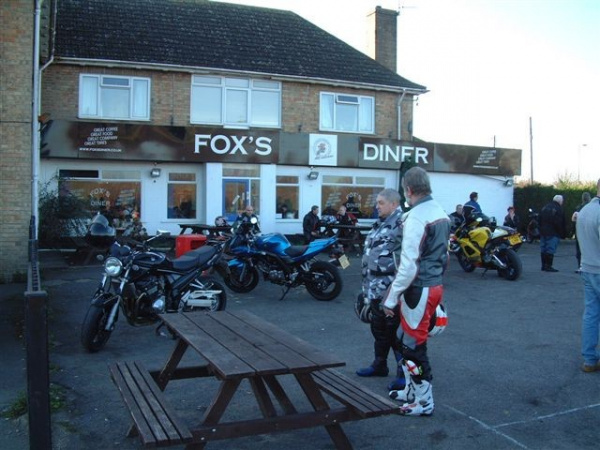 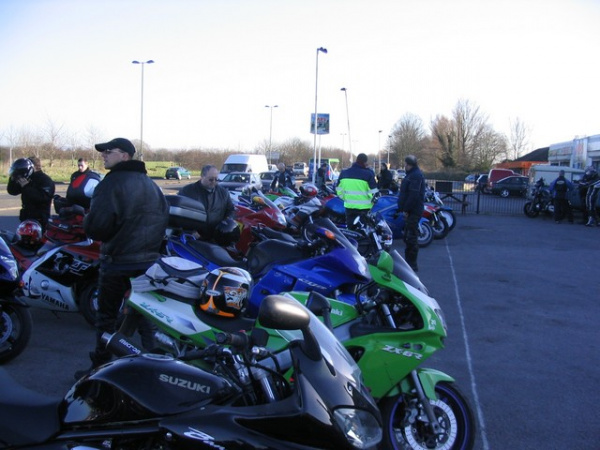 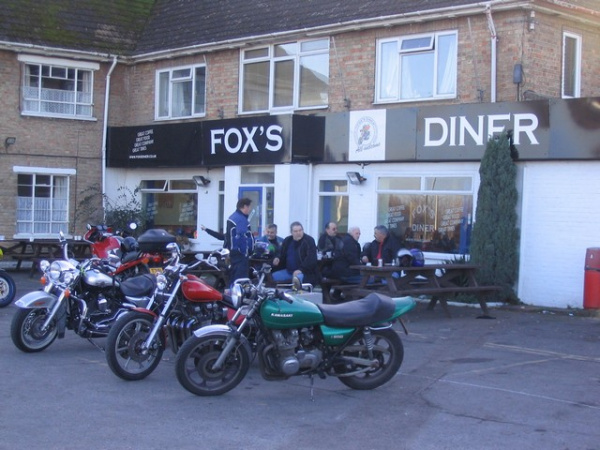