According to the weathermen, the day promised to be a dry one. With this in mind Bob was eager to get the BMW R1200RS out on the road for a blast, not to mention trying out all the GoPro and associated gizmo’s he had been suckered into purchasing to make the thing a “fit for purpose” item. 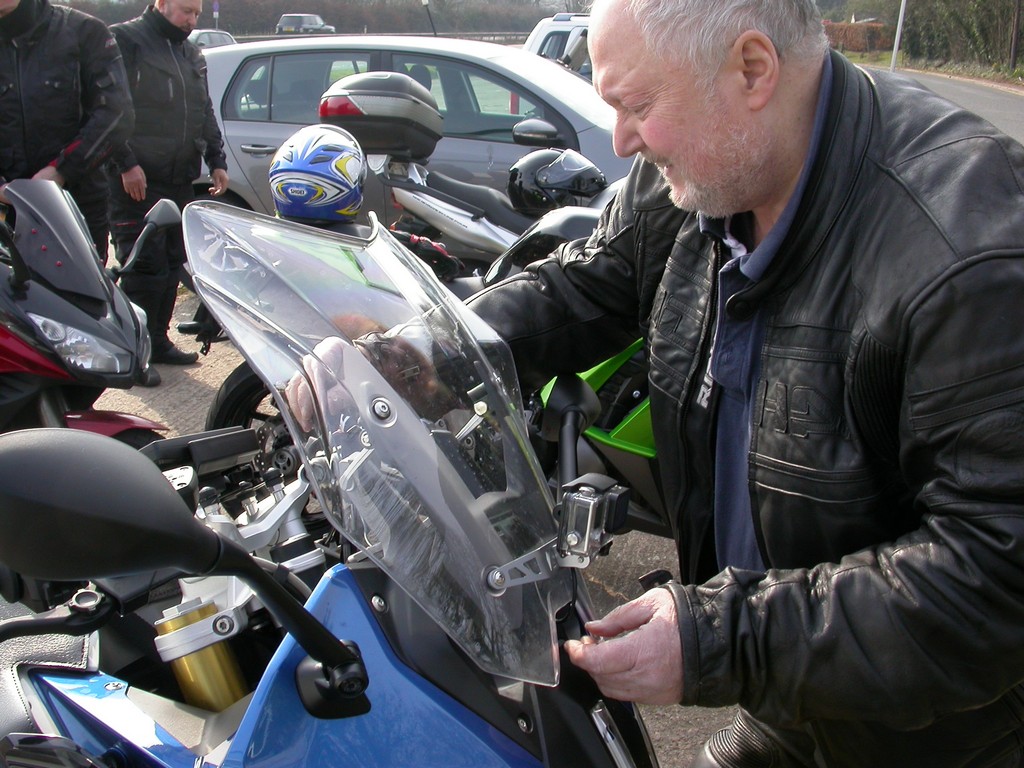 There was to be an early blip on the weather radar, just as I was starting to get togged up for the day ahead an e-mail pinged on the dreaded smart phone, it was from Bob “Hold fire its firkin snowin’ here!!!”. I didn’t take too much heed as it was cold and clear at my gaff so I figured it would be just a flurry and carried on regardless.

I got to Bob’s at the usual time and he was busy cursing his luck over the GoPro, muttering about how much it was costing and he still hadn’t seen a frame of video, he decided it may be time to RTFM, just like some of the high tech bits of kit on the Beemer, the manual sometimes helps more than confuses, the hard part is remembering it for future reference.

As there was just the two of us we decided on a swift route down to the rendezvous at Jo’s Place for breakfast, this would take us to Stratford and follow the A46 to Tewkesbury then a short backflip up the M5 onto the M50. This worked perfectly as we arrived at Jo’s at exactly the same time as our Welsh compadre’s.

Bonzo was out on his latest purchase, a rather fine example of a Suzuki 1200 Bandit, finished in a decent silver paint scheme. This did lead to the first round of the “pissing up the wall” contest of how clean is my bike, Kim and Aggie would have been pleased.

After a while the thought of breakfast took over and we all retired to the interior where it was not only warm but smelt of calorie laden food, just the job. 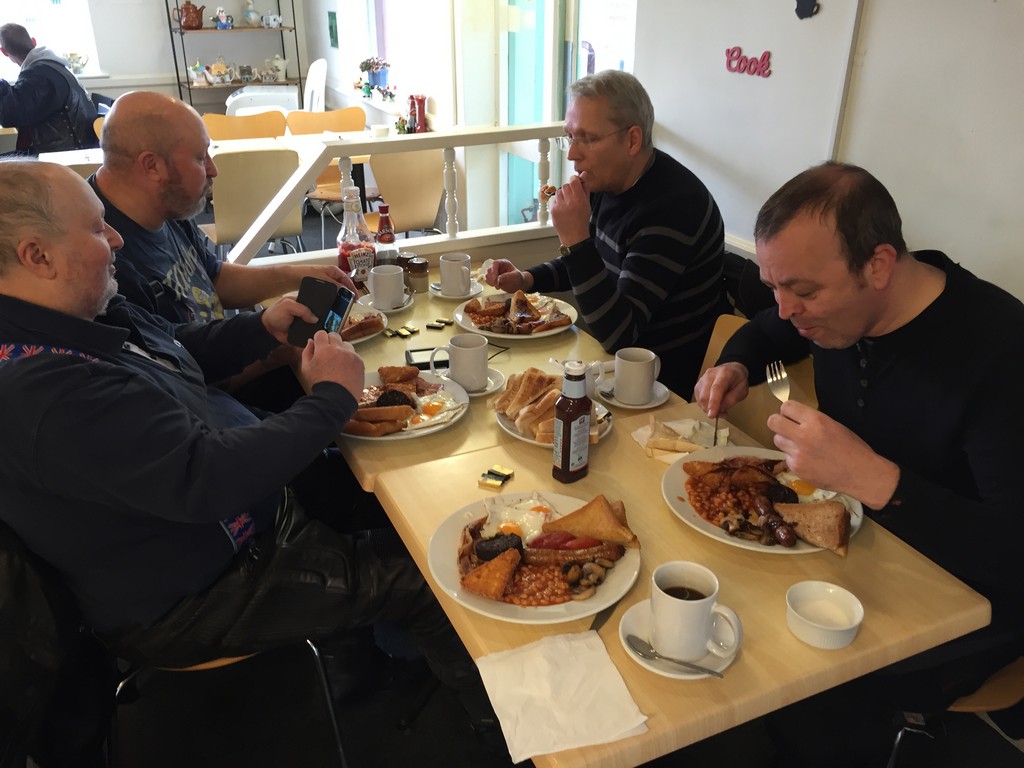 After the usual period of imitating ancient swine at the trough and talking b*ll*x thoughts turned to our next port of call, the weather had stayed dry as promised and there was even some Welsh sunshine to wonder about, no doubt a rarity in these parts.

A trip down the excellent A466 Wye valley to Chepstow was decided on and after mounting up Bonzo led the way on his Bandit. The winding road along the river is well worth the trip to South Wales on its own. 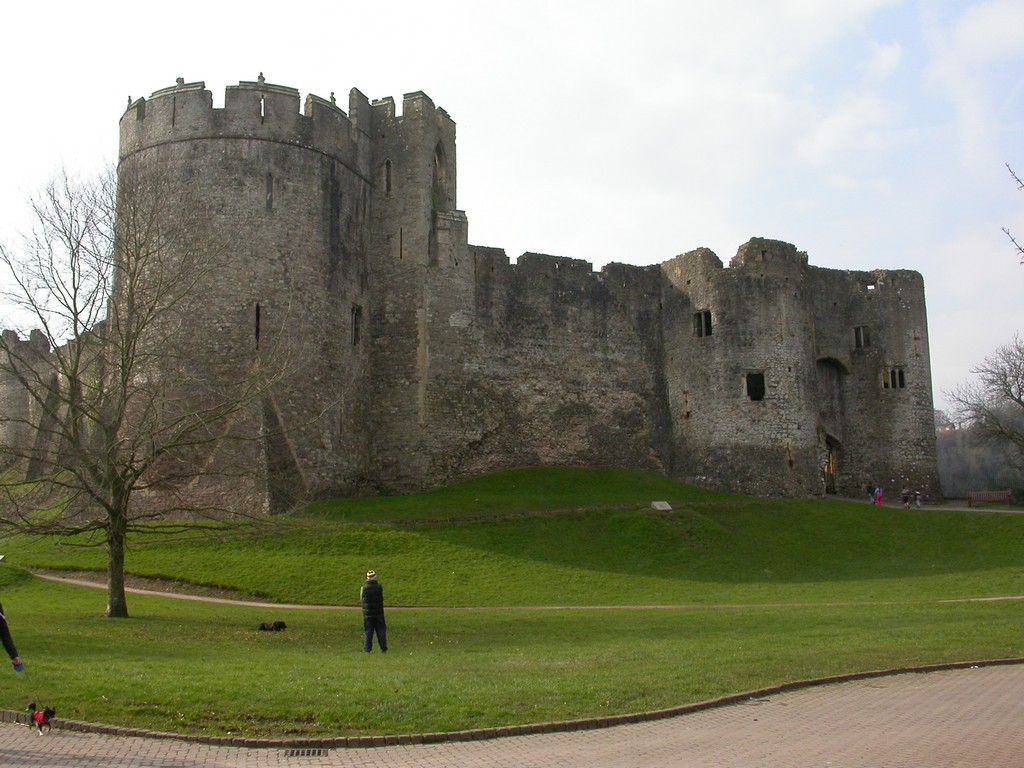 Coffee was taken in the Three Tuns public house in Chepstow, the stop was lacking in cake but as it was not long since the full English experience at Jo’s, this was not missed… Much.

From Chepstow we decided to head further South and CMC Motorcycles in Newport for a tyre kicking session and marvel at the clean bikes on show. A Honda blackbird caught the eye of the group, these machines being much utilised by the RigsVille collective at some stage or other. The example on sale looked fairly decent and no doubt if it had been resplendent with blue wheels Bob would have found his wallet trying to free itself from the depths of his pocket. 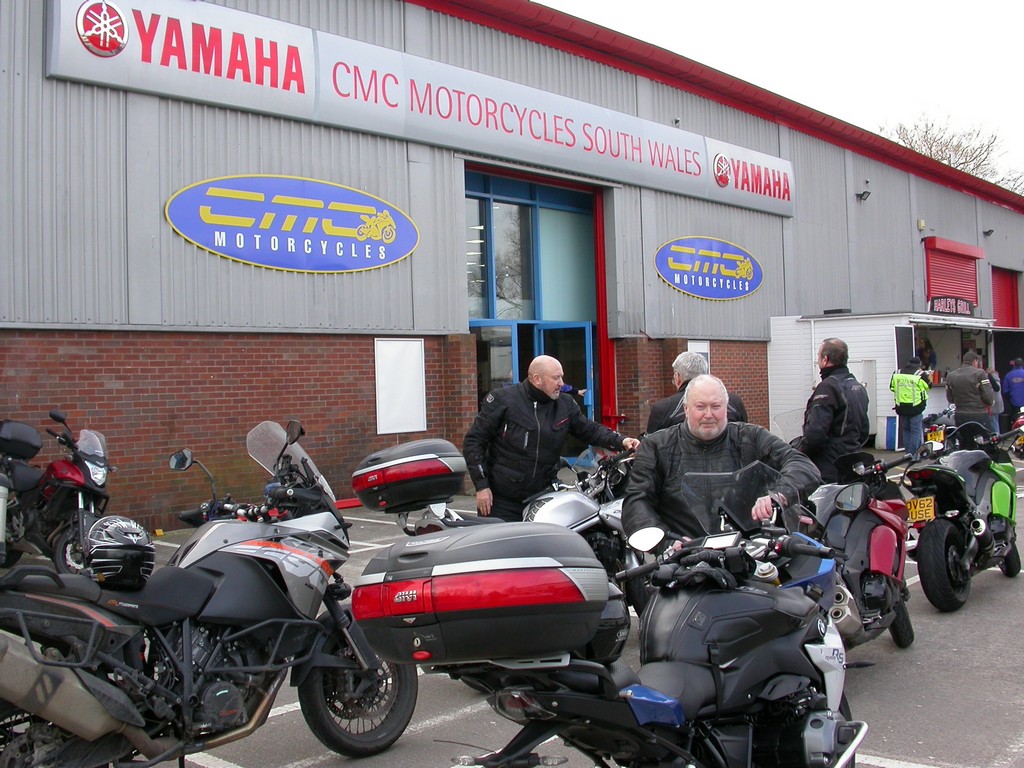 With the temperature dropping it was time for the 120 mile trip home, the roads were good so the blast up the A449, A40, M50, M5 & A46 was dispatched in short time and the bikes tucked away in the garage by teatime. Another fine day out with the collective, it has to be recommended.