As most of us had now signed up to the British National Parks Ride we decided that we had better get started and went looking for our 1st point of the challenge. 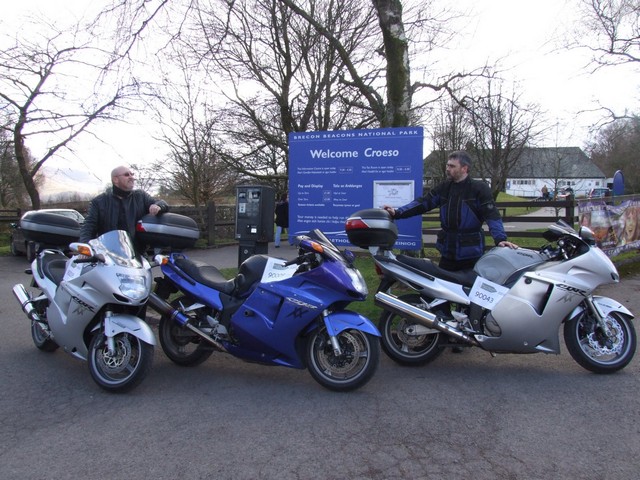 After having our usual fry-up we headed up the A4137 and then turned left onto the B4521 and followed this great road into Abergavenny where we picked up the A40 and then the A470 until we arrived at our 1st BNPR destination – The Brecon Beacons National Park visitor centre.

When we arrived the next task was to find somewhere we could get a photo of ours bikes showing both our rider number and the destination as proof that we had ridden here. We now spent over half an hour pushing our bikes around to different spots in the visitors centre and taking photo’s to make sure that we had evidence we required for the BNPR.