As Chinny was unable to make this trip in April he and Bob decided to brave the wind and rain and have a short 400 mile ride so that Chinny could add the Lake District National Park and the Yorkshire Dales National Park to his list of national park’s he had visited this year.

After stopping for a welcoming breakfast at the Charnock Richard services on the M6 Bob and Chinny carried on up the M6 and their 1st destination, the Lake District Visitor Centre at Brockhole near Windermere where Chinny got his evidence picture taken.

After the Lake District they headed east along the A684 and 38 miles later they arrived at Hawes National Park Centre, the home of the visitors centre for the Yorkshire Dales where once again Chinny got his evidence photo taken. 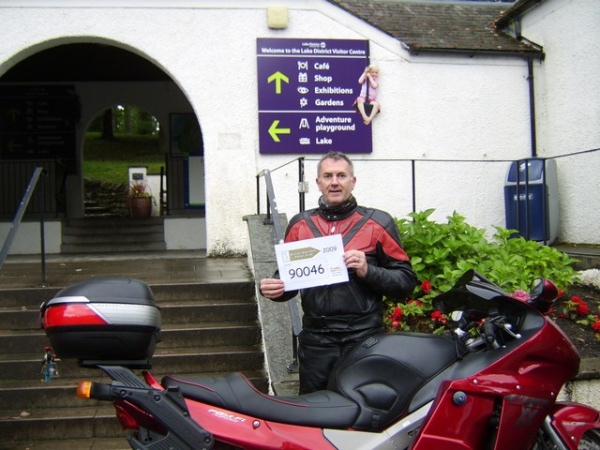 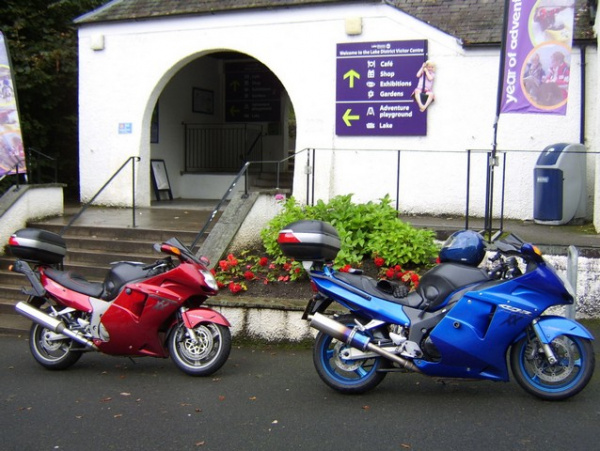 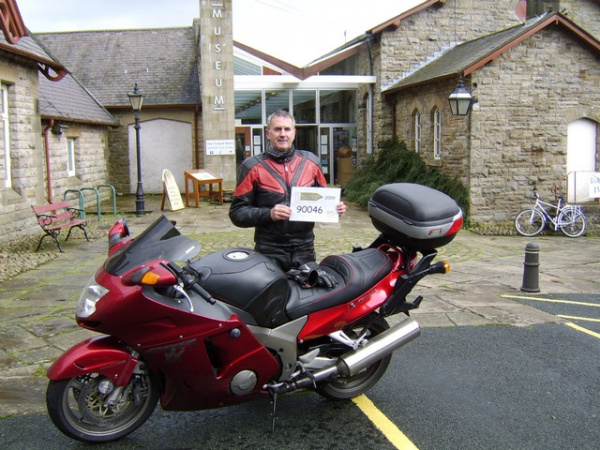 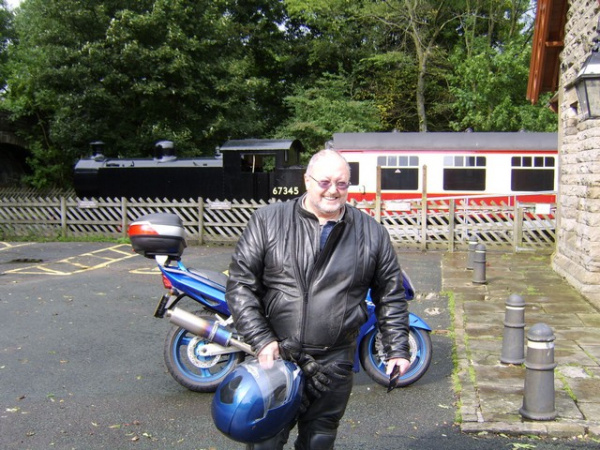 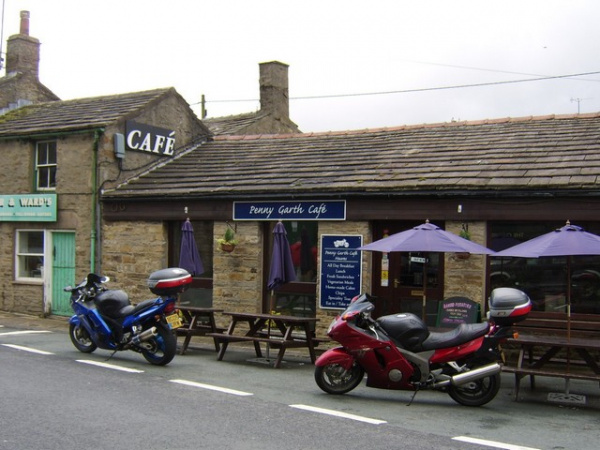