What started as a ‘let’s have a wander down south’ turned out to be a very interesting day, after meeting up at Bob’s house we then headed down the A429 aka the Fosseway from Warwick,  around cirencester and onto the A433 through the picturesque village Tetbury until we hit the M4  and eventually ended up it into Bristol.

After a ride through the traffic we parked up next to one of Bristol’s most famous landmarks, the SS Great Britain, I won’t bore you with details of the ship as the official website and Wikipedia can do it far better justice than I ever could except to say that we found the museum to be very interesting and well worth looking at. 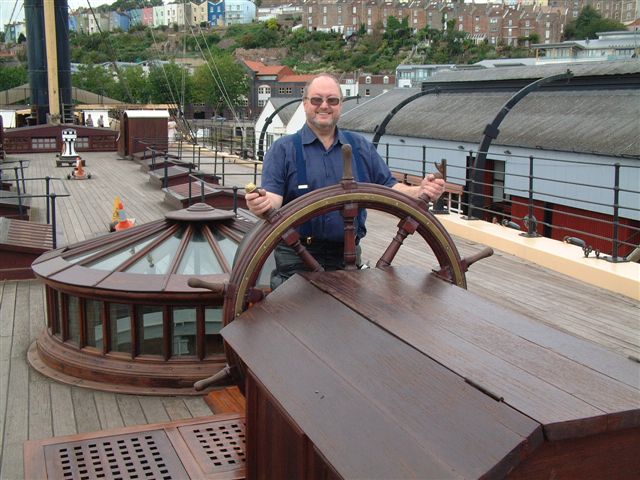 SS Great Britain is a museum ship and former passenger steamship, advanced for her time. She was the longest passenger ship in the world from 1845 to 1854. She was designed by Isambard Kingdom Brunel for the Great Western Steamship Company’s transatlantic service between Bristol and New York. While other ships had been built of iron or equipped with a screw propeller, Great Britain was the first to combine these features in a large ocean-going ship. She was the first iron steamer to cross the Atlantic, which she did in 1845, in the time of 14 days.wikipedia