Snowdonia National Park is located in North Wales and was the first national park in Wales, the national park covers over 800 square miles it’s also home to the highest mountain in England and Wales (Snowdon) and the largest natural lake in Wales (Bala) so with that in mind and the fact that the area has some of the best roads on offer so it was with great expectation that we headed along the A5 via quick stop at Dinkys Dinah, nr Shrewsbury for one of their breakfast to help fuel us through the day and then we headed into Betws-y-Coed to bag our photos for this years Grim Riders national parks challenge ride. 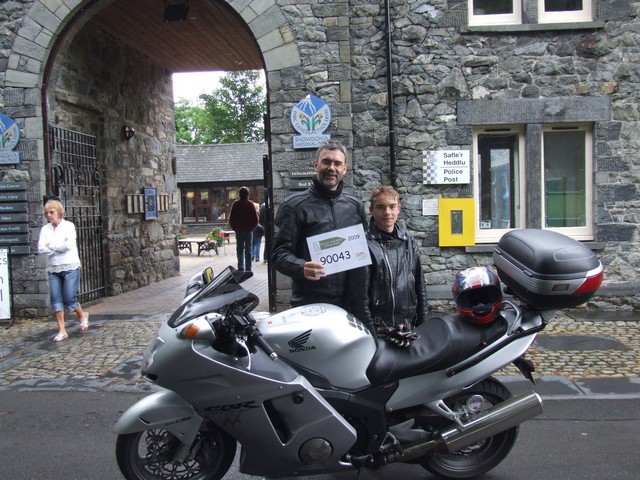 Once we had taken our evidence photos and had a quick ice cream (I know it was raining but never let that stop you enjoying an ice cream) we headed down the A470 to Ffestiniog and then onto Dolgellau and finally before hitting (not literally) Newtown, this is where the fun really began as the A483 from Newtown to Crossgates is one hell of a great road as it has some tight hairpins (or hair clips as my youngest son calls them) as well as some fantastic views of the Welsh countryside, once we arrived at Crossgates it was time to stop for a cuppa (and a bit of cake) at Crossgates Cafe before heading home along the almost as good A44 to Worcester and home.