`twas another splendid August Saturday morning and we were hopig for a large turnout for today’s rideout but due to a few members of the RigsVille collective having to perform other duties only myself and Bob were out to play from the Midlands so we decided to meet up with the Welsh boys at one of our favourite fried meat emporiums, Shobdon Aerodrome Cafe.

After a quick brew at Bob’s we decided to brave the M42 and M5 that we knew would be full of expectant holidaymakers heading south until we eventually got past Worcester and onto one of my favourite roads, the A44.

We quickly headed out of Worcester and past Bromyard until we arrived 26 happy miles later at Leominster where we took a few very scenic back roads until we arrived ready for a full fry up at Shobdon Aerodrome where we found that the Welsh boys had already arrived and slurping away on their coffees. 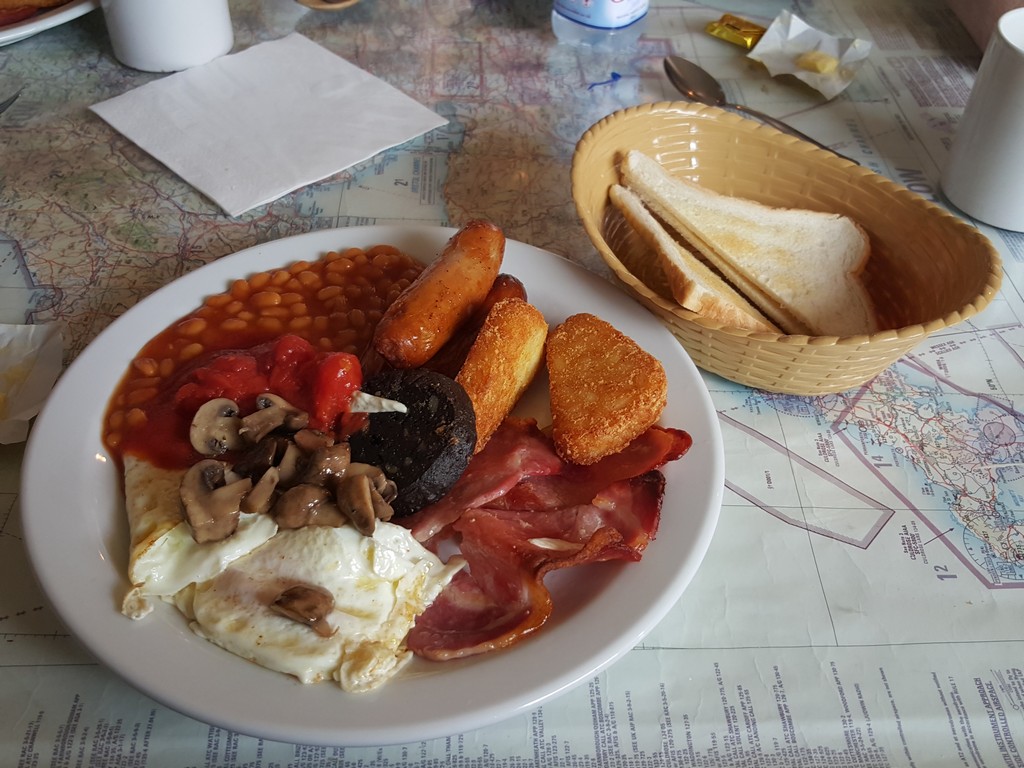 After breakfast the next order of the day was where to head to next, seeing as myself and Steve are taking part in this years The Motorbike Forum 2015 Challenge 100 and there were a couple of locations not too far away so we decided that a ride to Brecon and then onto Llanthony would be suit the bill.

Heading off from Shobdon we took the A44 south until we turned left onto the A4111 and then onto the A438 which followed the river Wye into Wales until we crossed it over the bridge at Glasbury and shortly after arriving at the first tag of the day, Bishops Meadow Cafe. 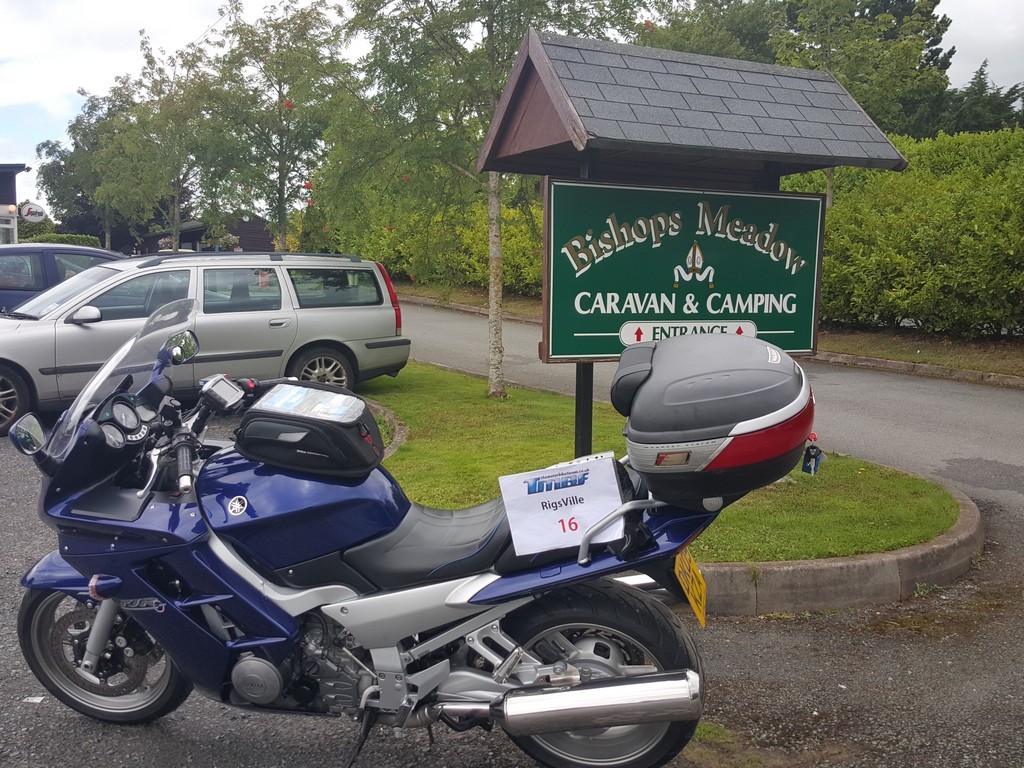 After topping up with fuel we headed back to Glasbury and this is when things started to get ‘interesting’. My GPS wanted us to turn off the main road onto a single track road into a village called Llanigon, just the other side of this village we came across a tractor that was trimming the hedgerow! this cause an issue as the ‘road’ was just about wide enough for the slow moving tractor and there was no where we could pass it, so with the help of someone’s driveway way we performed a 18 point turn and headed back to the safely of the main road.

I don’t know if my Garmin GPS was in a mood because we didn’t take the route it thought was suitable but it now guided us into the famous nearby town of Hay-on-Wye and then proceeded to display a route that consisted of a loop of the town with no exit.

After stopping in Hay-on-Wye and restarting the GPS it then apologised for it’s behaviour and displayed a route of 12 miles to our next location.

What none of us were aware of was that to get to Llanthony Priory we would have to travel down 11 miles of single track roads!

Thankfully after 4 miles of blind, muddy bends, speeding cars coming the opposite way and stubborn Highland cattle who decided to block to ‘road’ the scenery opened up and we were treated to the view of the Black Mountains from Hay Bluff.

Hay Bluff is at the northern tip of the Black Mountains that straddles the border between south-east Wales and England and it’s very popular with walkers, the views from the road were outstanding and if it wasn’t for the road leading up to it, it would be well worth a return visit. 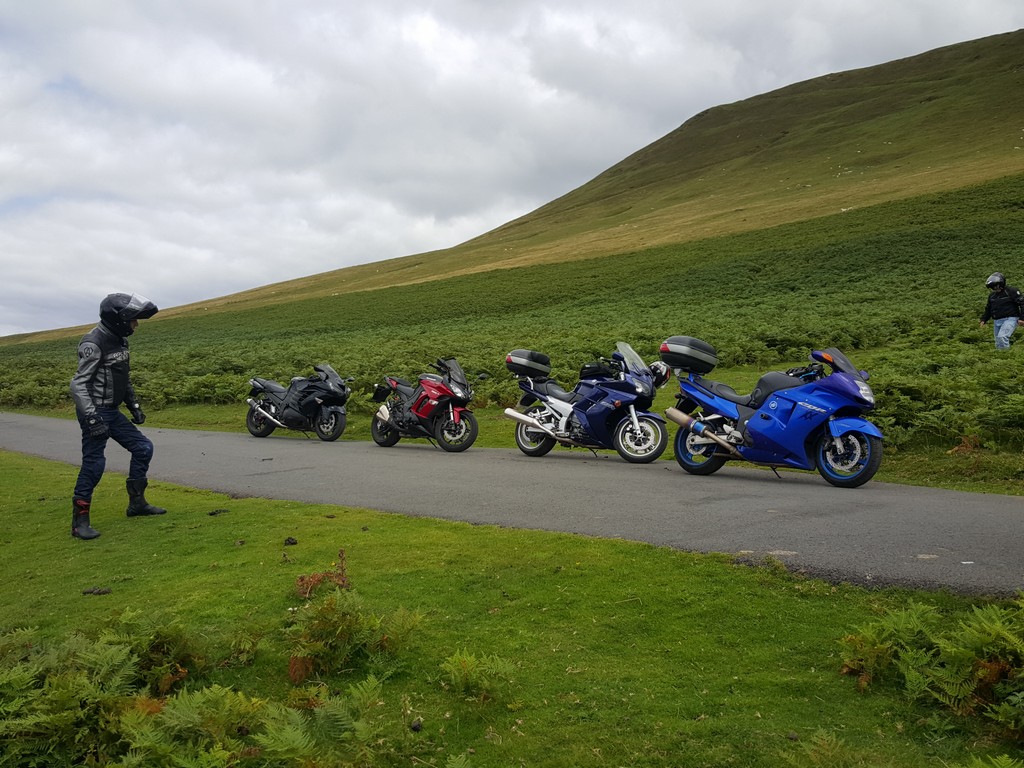 After stopping to admire the views we still had another 7 miles of poorly surfaced, single track lanes to cover. The least said about these 7 miles the better, it wasn’t an enjoyable experience in any form or fashion and I think even Steve on his KTM 1190 Adventure would have been cursing under his breath!

Thankfully we eventually arrived at Llanthony Priory and found that part of the original Priory are being used as a hotel as well as having a bar in the undercroft so after the required photo taking it was time to park up and have a couple of diet cokes have a wander around the partly ruined priory. 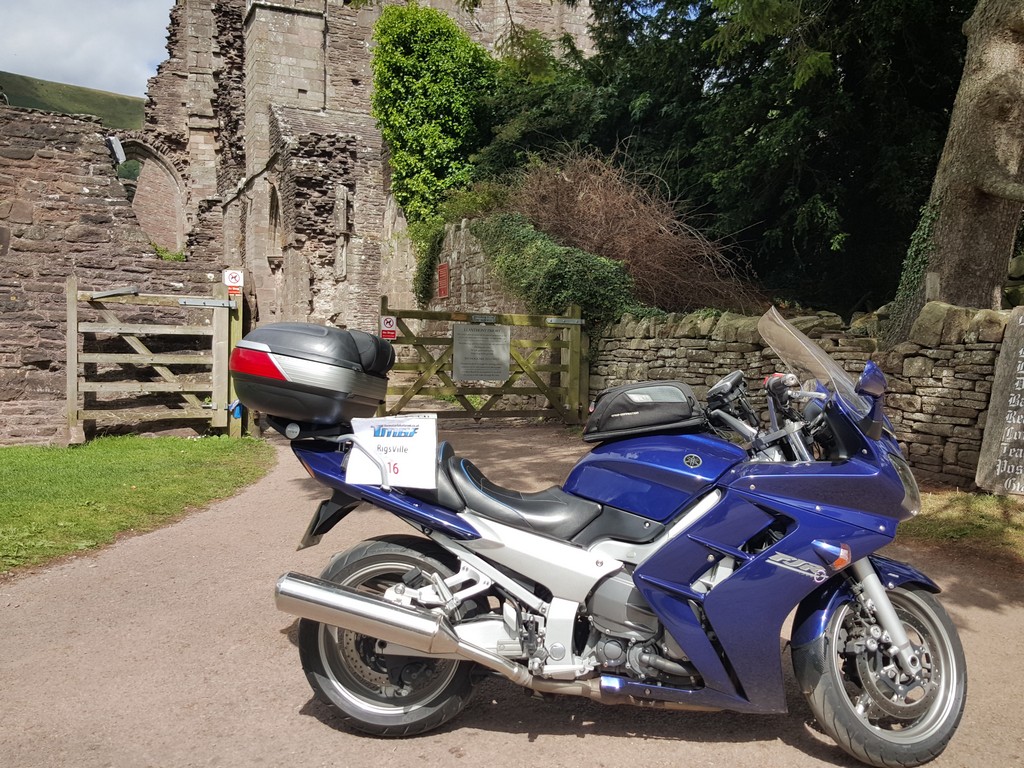 Once we were refreshed it was time to head home, thankfully the road our was only around 4 miles of single track lane and we eventually emerged into the bright lights of the A465 where the Welsh boys headed towards the refreshments of the Steel Horse Cafe near Abergavenny and myself and Bob had the enticement of the M50/M6 to look forward to. 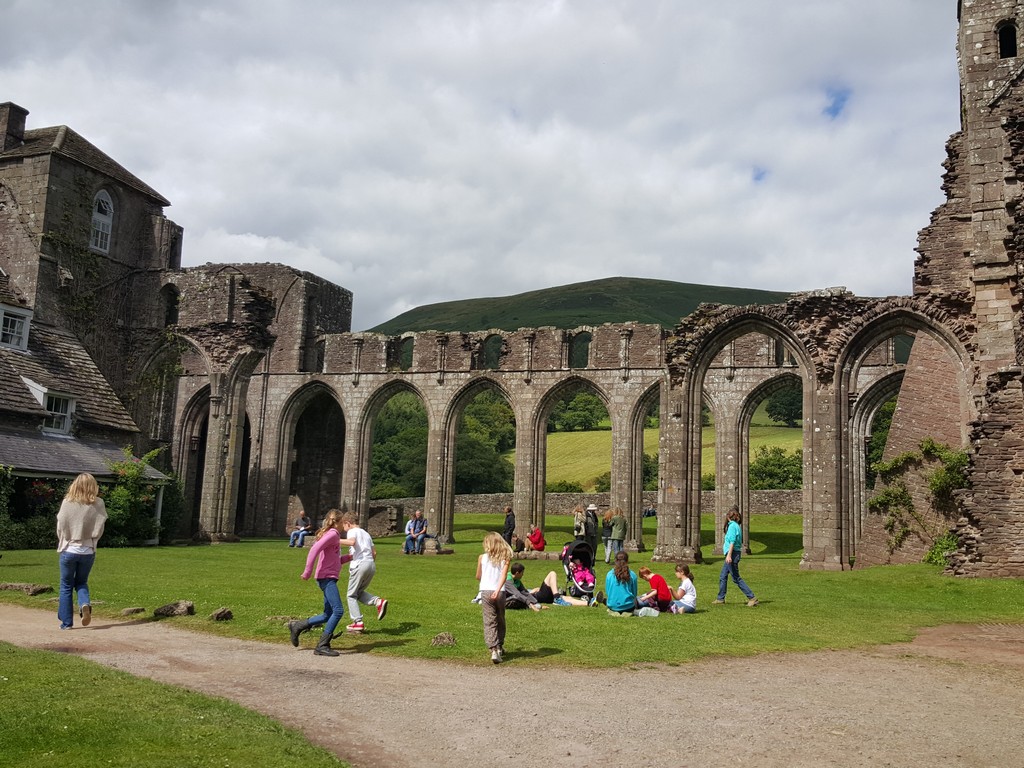