It’s strange how 3 little words can have such an effect on people, obviously here Chinny was talking about taking a trip to the seaside to buy assorted sweetened candy sticks, but the point is that once that little seed of an idea planted, it grows until it develops into a full on perfectly logical idea.

Now don’t get me wrong there’s nothing wrong with ideas, in fact it’s been known for me to have a few once in a while, but the point I’m trying to make is this. Who travels 250 miles in the bloody freezing cold to buy rock? OK you’re right, we did! Bunch of twats!

OK back to the plot (is there one? I’ve never noticed one before) we assembled at Bob’s nice and early (meaning it was bloody cold) and set off over the back roads towards our first port of call, Dinky’s Dinah. 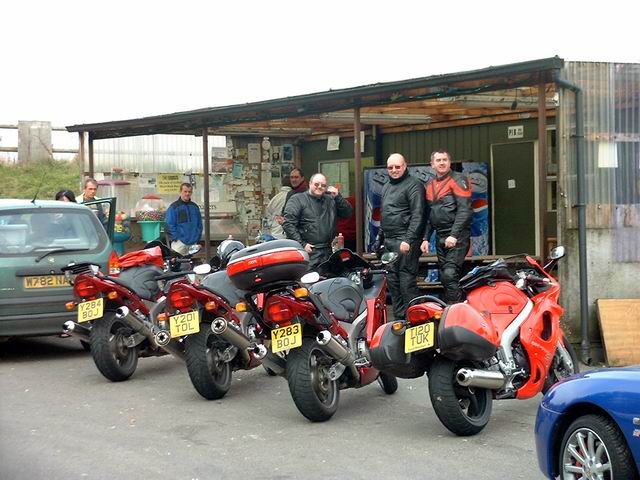 After warming ourselves up with a couple of mugs of tea and one of Dinky’s super breakfasts we headed west towards Welshpool and then on to the A458 and the amazing A470 through the Snowdonia National Park until we reach our goal Barmouth where due to the time of year and the cold weather parking on the seafront was nice and easy, we had a wander around this lovely Welsh seaside town, Bonzo had a seagull crap on his head and we all pointed and laughed at him while secretly hoping that we weren’t next in line.