The longest day of the year comes around all too quickly, the summer hasn’t started and all there is to look forward to are the night’s drawing in and the onset of winter……. To shake us out of that thought and with our Welsh contingent unable to answer the call to arms it was decreed that the Rigsville collective should head north to Leeds and pay a visit to the Royal Armoury Museum.

As if to mark the nice sunny day predicted, Bob broke out his second steed, a nice blue Honda Blackbird and off we set heading initially to Tamworth to collect our aged person en-route then it was off to the Derbyshire Peak District via the A515 to Ashbourne, we then picked up the nice and twisty B5056 through Longcliffe and Grangemill and onto the picturesque Bakewell the home of that famous tart…. 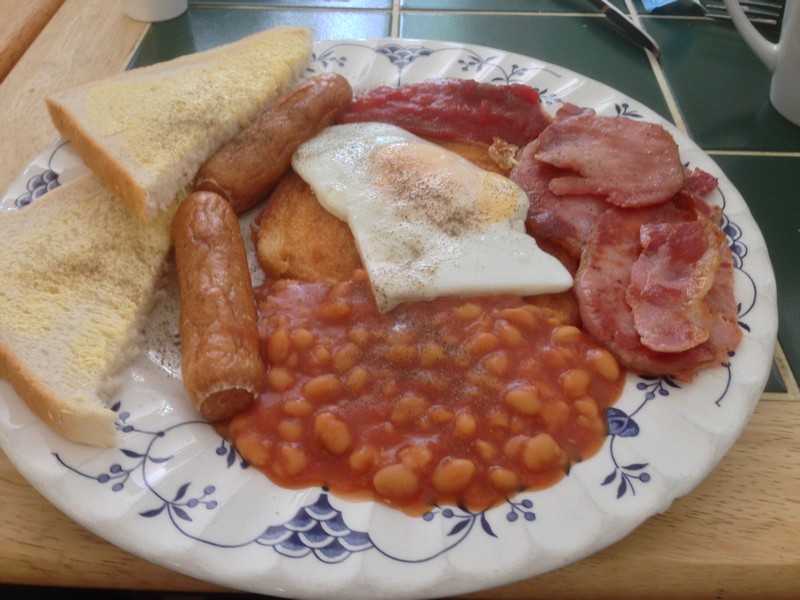 From Bakewell it was a short sprint to the Station Cafe at Grindleford which was our designated breakfast stop to take on the much needed calories for the rest of the day’s travels. The café, as the name suggests, is the old station converted for purpose. The obligatory round full English tucker was ordered and a suitable table procured for the feast. Despite the strong sunshine we decided to dine indoors as opposed to “Al Fresco” one can never be too careful when it comes to being an Englishman in the mid-day sun…..

Much debate ensued for the ongoing leg to Leeds, the Sat Nav’s insisted that through Sheffield and onto the M1 was the best so it was decided to go along with our electronic playmates!, It did transpire that due to some dubious instructions the route through Sheffield was a bit protracted, however it was a reasonable sightseeing tour through, what is perceived by some, a very industrialised city. The final leg was covered without mishap on the M1 straight into Leeds where the Armoury Museum is signposted with those fetching Yucky Brown signs. Parking up outside the museum did bring us to the attention of the security guards but after a conversation with a fine fellow we remained where we had chosen, not quite the correct spot but so long as we promised to behave ourselves (as if we would do anything else) we were ok. This suited us down to the ground as it left the bikes covered by CCTV. 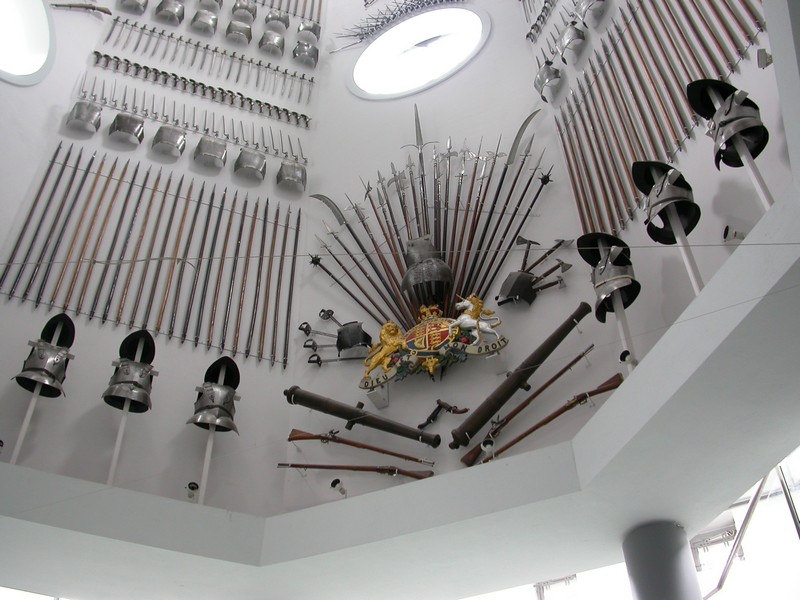 If you are into guns, swords and all things killing through the ages, then this museum is the place for you. Contained over at least five levels there is every type of weapon devised to kill men or beast, the cabinets are packed with fascinating examples with a full height display within the circular staircase at one end on the building. The website doesn’t really do the exhibitions justice they really do have to be seen “in the flesh”. Well worth a full days visit, we only had a taster in our couple of hours on site but with free admission there is no rush to zoom around the place, several visits can be made to take in the whole experience on offer.

All in all another excellent Rigsville day out, ably organised and navigated by Bob resplendent in his new tee shirt which he had got on Father’s day…….