The Imperial War Museum is a collection of five museums that include IWM London, IWM North in Greater Manchester, IWM Duxford, The Churchill War Rooms in London and the historic ship HMS Belfast, moored in the Pool of London on the River Thames, today we were heading East along the A14 to just south of Cambridge to spend the day at Imperial War Museum Duxford. 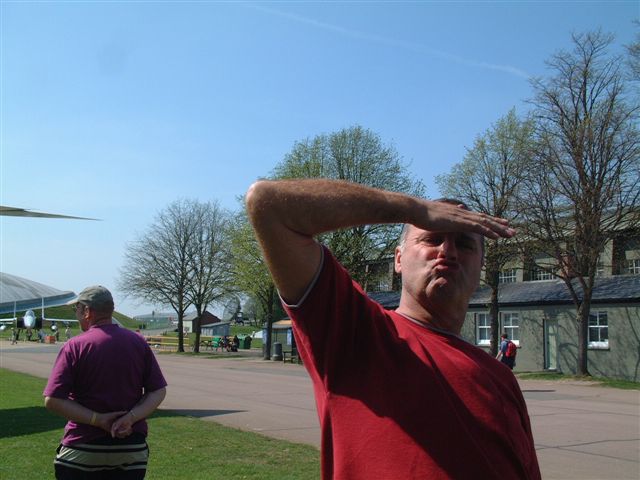 We didn’t take any fancy, twisty back roads to get to Duxford as we knew that we would be spending the entire day there due to the size of the place so we jumped onto the M6/A14 and sped East so that we could get there as quickly as possible, we didn’t’ even stop for breakfast!

After parking the bikes and getting changed into more comfortable clothing (it was over 30 ºC) and paying our entrance fee the first stop the nearest cafe for a diet code and cake break, after which we spent over 6 hours wandering around all the exhibits including the huge American Air Museum, the Battle of Britain exhibition that included watching a Spitfire do a number of flybys as well as Bob, Windsor and Bonzo taking to the skies in a 1930s Dragon Rapide.