Saturday morning brought another mild but damp start to the day, todays call to arms involved a trip to Gloucestershire to sample a Toby Inns all you can eat breakfast. As these places stop serving said feast at 11am an early was necessary so that we didn’t miss out, that was the easy bit.

A meet-up was arranged on the Fosse Way at Halford and after a comfort stop for young Mr Chinn, it was onwards to follow one of our favourite routes down the Fosse Way, that was until the Treddington Island, home of the famous Subaru Dealership, the Fosseway was CLOSED!!!!, what happens now?, we follow the diversion signs, that’s what. 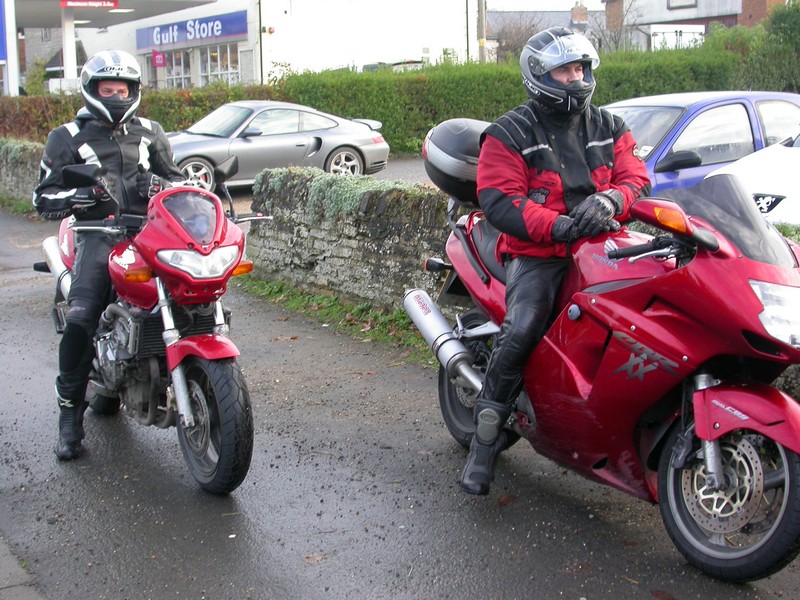 Off we went towards Shipston, ignoring all the Sat Nav suggestions to turn right at each opportunity we faithfully stuck to the diversion route, that was until 20 miles later we were nearly a Chipping Norton and questioning the wisdom of such a course of action.

A gathering took place and it was decided to head for the A429 and follow that, this all went to plan ‘B’ until Stow-on-the-Wold when it would have been easier to turn left at the lights and head towards Cirencester to pick up the A40, however Bob’s Sat Nav had other ideas and sent us off down a country lane, now this could have been a result of Bob’s enquiries at the Bike show yesterday where he had his eyes on a brand spanking new top of the range Garmin, it is easy to upset these electronic thingy ma jigs and his old trusty Sat Nav must have overheard his conversations with ‘er indoors and took umbrage and decided to get its own back. 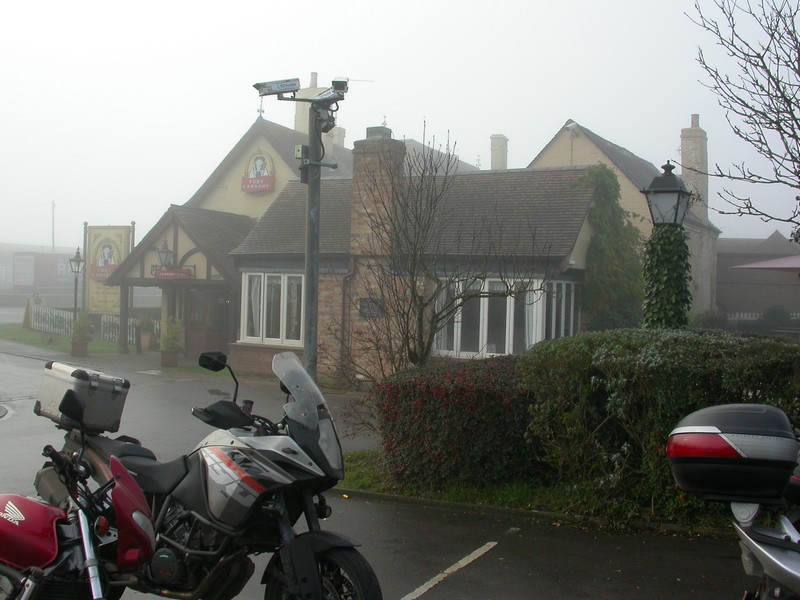 As it turned out there are only so many back roads a Sat Nav can take you before it has to give best and put you where you want to go, but, not without the muck and grime of a tractor filled countryside with a bit of fog thrown in. Eventually with a bit of over ruling from Andy’s navigational set-up we ended up in Highnam and the target of our trip the Toby Inn.

As you would expect the Welsh contingent had already arrived, their trip must have been better as Ray’s new Kawasaki Z1000sx was spotless, he could always have washed it before we turned up of course…… Ray & Bonzo had secured a decent size table which was just as well as Bonzo had already downed one breakfast and was just working up to his second. We jostled about to fit around the table and set about filling our plates with as many calories as we could.

After the usual round of piss taking and abuse the subject touched on the forthcoming trip to Germany and out came a European road atlas which didn’t have England in it, is this a precursor to the next election and UKIP taking up the reins and getting us out?, only time will tell. 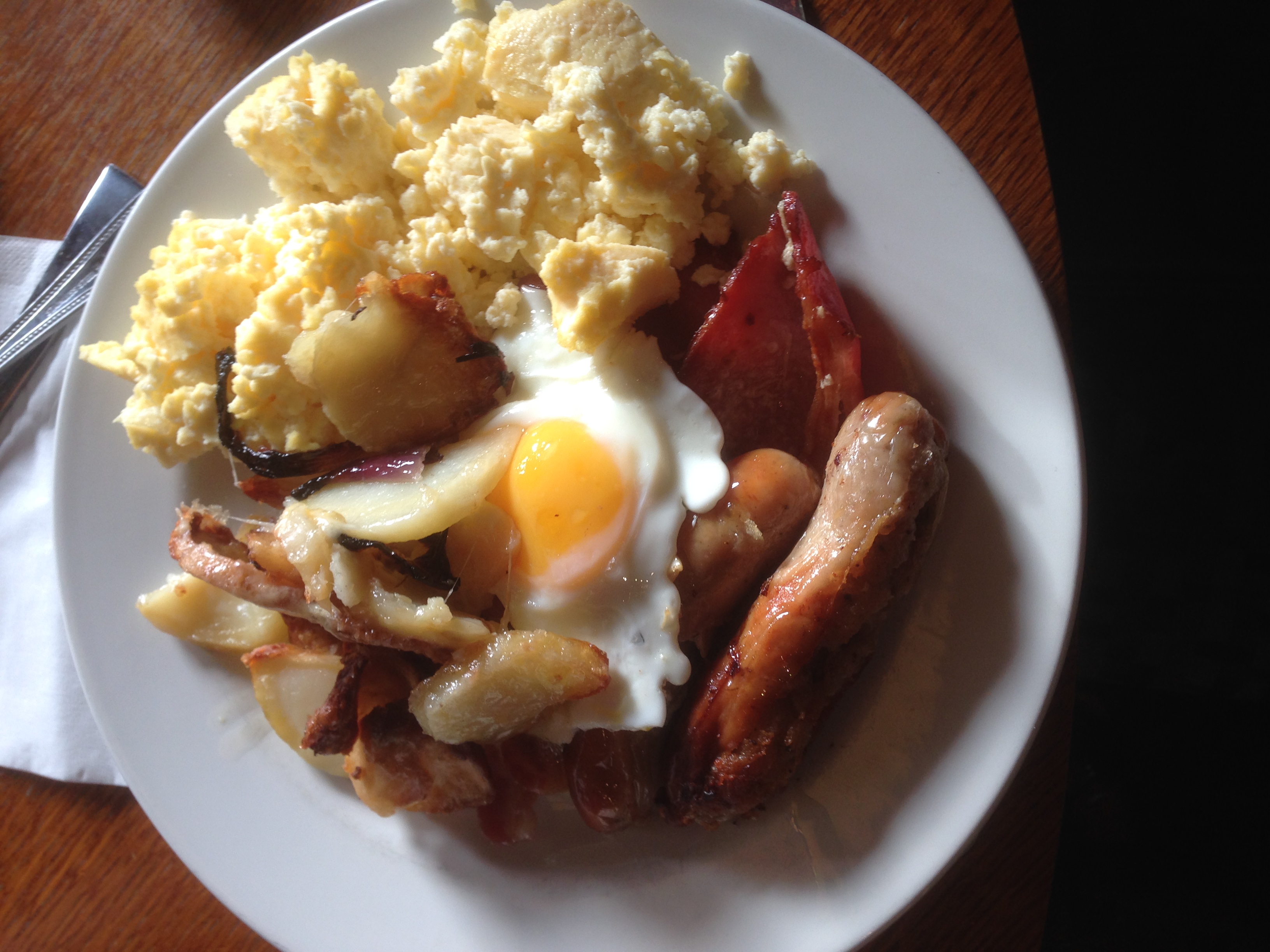 After a few refills of the plates we had outstayed our welcome in the eating area and was ushered into the bar where we re-assembled to continue the banter. It was obvious at this point that a continuation of the ride-out was not going to happen, even a trip to the ice cream garage was frowned upon as everyone was well stuffed after the gigantean feed we had just had.

After a further hour of chewing the cud it was time to head home via the nearest garage for fuel top ups. The route back took us up the A38 to Tewkesbury and then onto the A46 for the fast run back to home. By this time the sun had been out and the roads were actually dry in some places which made for a nice trip back. 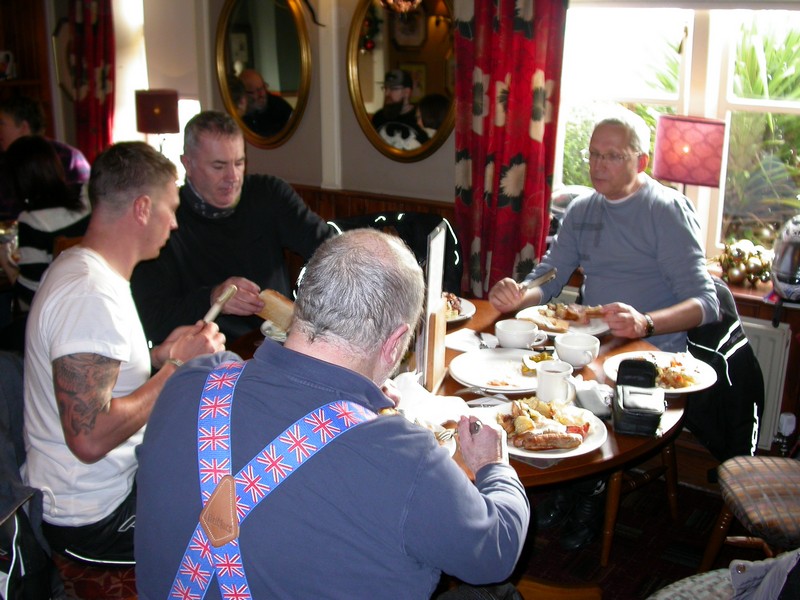 In conclusion the Toby Inn offering is well worth having but you couldn’t do it too often unless you were well disciplined in your eating habits which clearly a bunch of hungry bikers are not. Oh well back to the diet!