It had been over 2 years since we had last been to ‘Sunny Hunny’ so we thought it was about time we headed east and sampled the delights that Hunstanton had to offer, no we are not talking about cockles and mussels (alive, alive-O!) 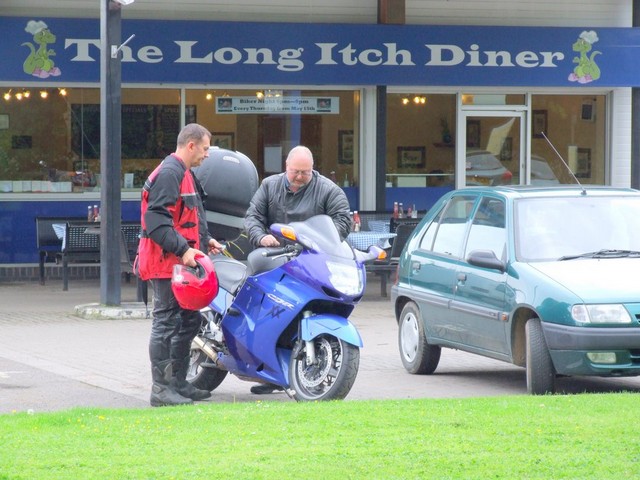 After breakfast we climbed aboard our bikes and headed north via some lovely back roads through Lutterworth and then into the market town of Market Harborough and after navigating it’s one way system we picked up the B664 into Uppington where we decided on a nice quick blast along the A47 towards Peterborough.

I love the A47 into Peterborough but I didn’t love the strong winds and we spent most of the A47 after Peterborough trying not to get blown clean off our bikes and when things started to ease off guess what we found the other side of Guyhim – Traffic! It was chock-a-block with car, caravans and horse boxes, it must have been over 10 miles of almost stationary traffic so instead of enjoying the countryside the next few miles were spent attempting to get pass all the cars. In fairness I was quite taken aback by the number of vehicles that moved over to the left side of the road so that we had more room to pass them, It got to the point I wondered if we were being followed by an unseen police car with it’s blue lights which was making the cars move out of the way. 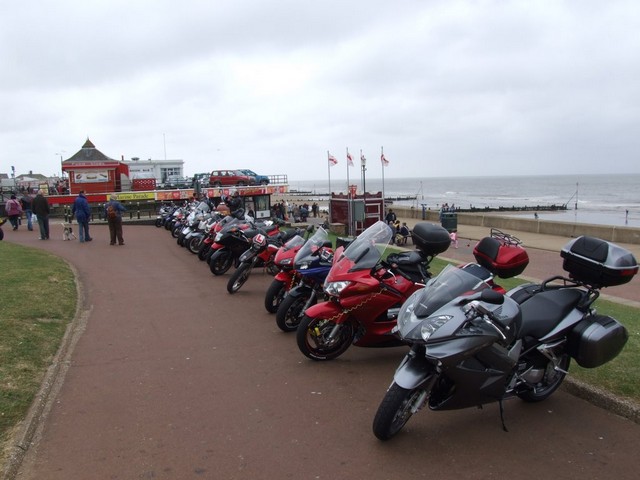 Once we arrived at Hunstanton we headed straight for the promenade where bikes can park for £1 so after stumping up a quid we decided that a little walk along the seafront was in order, it was a shame as it was so blooming cold so we decided to only stop longer enough to have a cup of coffee to warm up and look around the other bikes that were parked up before we got back on our bikes and headed home.

Our return journey was very similar with the exception of being forced to stop at the Little Chef on the A47 at Uppingham for more coffee and cherry pancakes!