The Alliance of British Drivers is a voluntary and non-profit-making organisation whose aim is to provide an active, responsible voice to lobby for Britain’s beleaguered drivers.

We campaign upon a wide range of driving issues, completely independent of any vested interest. We are not afraid to tackle government or councils who so often see drivers as a cash cow to be milked at will.

The ABD was formed to fight for the interests of the everyday motorist — in other words most of us. UK drivers are some of the most heavily taxed in the world, and yet we have one of the worst road networks in the western world and suffer more from traffic congestion than the residents of almost all other countries. In addition, road safety policy, environmental strategy, and planning laws have become dominated by “anti-car” factions who do not represent the voice of the general public.

The UK police initiative to encourage motorcycle riders to improve their skills by riding out with the professionals.

All other sites dedicated to long distance riding  seem to have the same format – they prescribe a set of limited distance/time requirements based on outdated and easily circumvented evidence which you either pass or fail. Options are generally limited to doing more of the same in less time, and paying a premium for a certificate to recognise the fact.
We aim to do things differently; to be  far more inclusive in how we do things and far more wide ranging in the types of motorcycle rides we recognise.We work on the basis of recognising challenges you have set for yourself. You decide on the parameters for these rides, examples might include:

Riding from Dover to Durness within 24 hours
Visiting 50 castles in a year
Visiting every motorcycle racing circuit with a group of mates
Riding a moped from one side of the country to the other
Completing a particular rally/ challenge which does not issue a certificate
Visiting as many branches of Tesco’s as you can in 12 hours (the ‘UKgser’ option’ :))

We will ask for evidence of your ride – this may be through online recording, photographs, GPS tracks and/or receipts.

Coventry & Warwick Advanced Motorcyclists is a local group affiliated to the Institute of Advanced Motorists. We promote safe riding by assisting motorcyclists to develop their skills. Riders are encouraged to maintain their standards, sustain their interest and enjoy the company of a group of like-minded people who simply want to get the most out of biking.

The group offers a full calendar of social events to enjoy and a ready supply of new friends to meet. 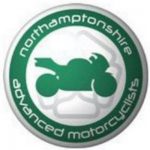 Northamptonshire Advanced Motorcyclists is the premier advanced motorcycle riding group within the Northamptonshire area and is dedicated to providing the necessary skills that will enable you to ride more confidently, safely and more skilfully than you ever imagined.

Our highly trained team of Observers will enhance your riding skills and standards to a level where the confidence gained will allow you to take your motorcycling to a more enjoyable riding experience and to pass the IAM’s advanced test (and that usually entitles you to a discount on your insurance!)

Advanced motorcycle training in the heart of the UK. Learn to go quicker, smoother and safer. Your instructors are highly trained traffic police – but don’t let that put you off – they are the best and live in the real world !

Redditch Advanced Motorcyclists Group is affiliated to the Institute of Advanced Motorists (IAM) and
has been functioning since 1997.
The key objectives of the Group are quite simple; to develop riders 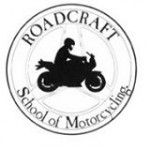 Roadcraft School of Motorcycling is Nottingham’s oldest and most experienced motorbike school and was established in Nottingham in March 1989. We are fully approved by the Driving Standards Agency or DSA which means that our motorcycle training and CBT in Nottingham is kept to the highest possible standards at all times. We offer CBT in Nottingham 6 days a week.

Roadcraft School of Motorcycling was established in March 1989. We are fully approved by the Driving Standards Agency or DSA which means that our motorcycle training is kept to the highest possible standards at all times. Being a privately owned motorcycle training school based in Nottingham, Roadcraft has managed to keep the personal touch the National schools may have lost over the years.

Royal Society for the Prevention of Accidents (RoSPA)

An IAM affiliated club in Gloucestershire for more than 15 years