With the Triumph Street Triple R now fully run in I decided it was time to splash the cash and hit it with a few farkles, all unnecessary of course, but were on the list if and when I got around to it. 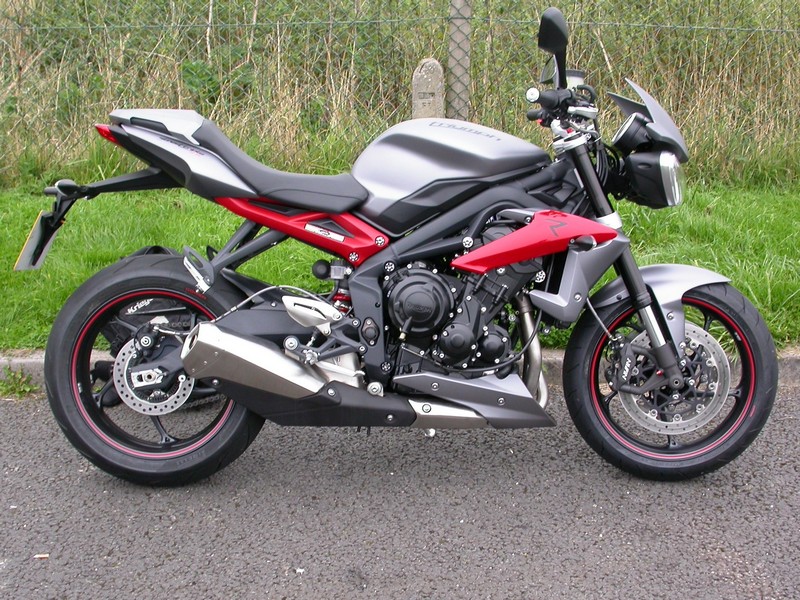 The usual upgrade on any motorcycle is the exhaust system, the OEM is not the best looking but I had actually got used to it and thought it suited the bikes styling, however I still decided a change would be good so, after plenty of research, I settled on the Black Stubby Moto GP exhaust on from SP Engineering. At £189 I judged it to be a reasonably safe investment, these things go up to silly money for some exotica from Europe but good old British engineering is the way to go especially as I placed my order on St George’s day, very apt.

In addition to the slip on exhaust can, I took the opportunity to order a tail tidy to get rid of the silly a*se end thingy bit that sticks out and also a radiator cover to protect the, no doubt expensive, radiator from possible road detritus damage.

I placed my order at 7am and had the usual automated confirmations by return email, with it being Thursday I expected the parcel to be dispatch Friday so it would arrive at my place of work early the following week. SP Engineering were having none of that hanging around business, it was 09:08 when I had an email saying the goods had been dispatched and a DPD tracking number, ace service or what? 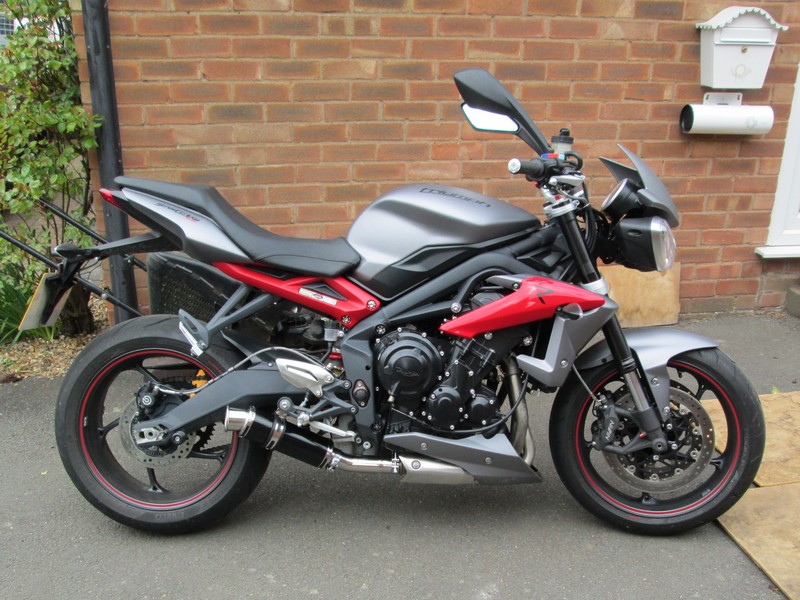 A text from DPD/Interlink followed shortly after advising me that the delivery would be made the following day, isn’t modern technology amazing?

The next morning a text arrived at 07:58 informing me of the imminent delivery and true to their word the driver arrived at 8:30. The box was very light so I quickly opened it to check it wasn’t just paper inside, unfortunately there was that loose packing stuff that goes everywhere, ah well something to clear up later.

Next morning I awoke with a dodgy left foot, it had swollen and was incredibly painful, the result of this was double edged, firstly I had to cry off from the collective outing, as there was no way I could get my boot on let alone bear the pain of changing gear, secondly it gave me the chance to put the new bits on the bike!

Setting up on the drive took a while, then after taking a slow hobble with the dog I set about the easy task of changing items, I say easy in regards of the radiator guard and exhaust, the tail tidy was no doubt going to be a slightly tricky job with the indicator wiring to modify. 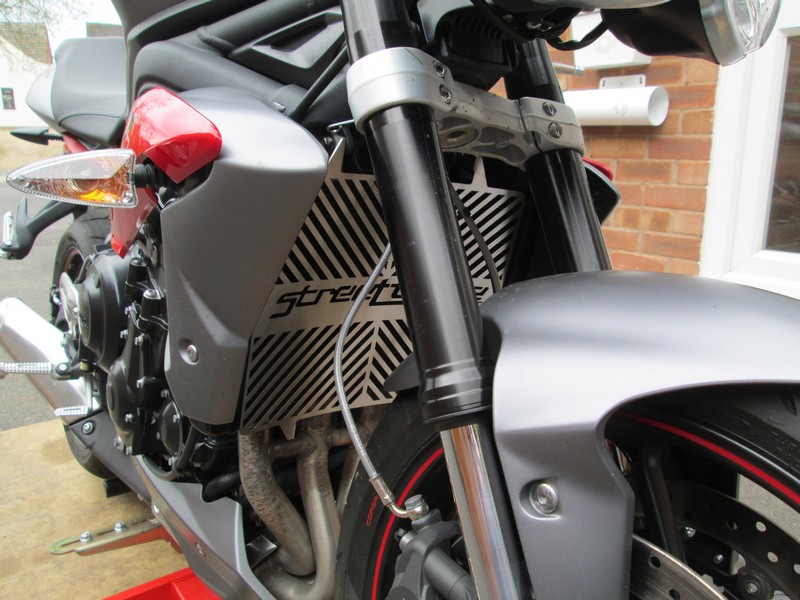 First up was the radiator guard, no instructions provided but how difficult was it to take out three bolts, slip in the guard and refit said bolts? Phase one was awkward but easily sorted, the guard went into place with a bit of wriggling, the pain in the butt bit came when trying to tighten the bolts back. As usual two out of the three were easy, the last one resulted in stripping off the radiator cowling, indicator and associated bit of plastic, a five minute job turned into a lengthy spell of cursing not helped by my painful foot. 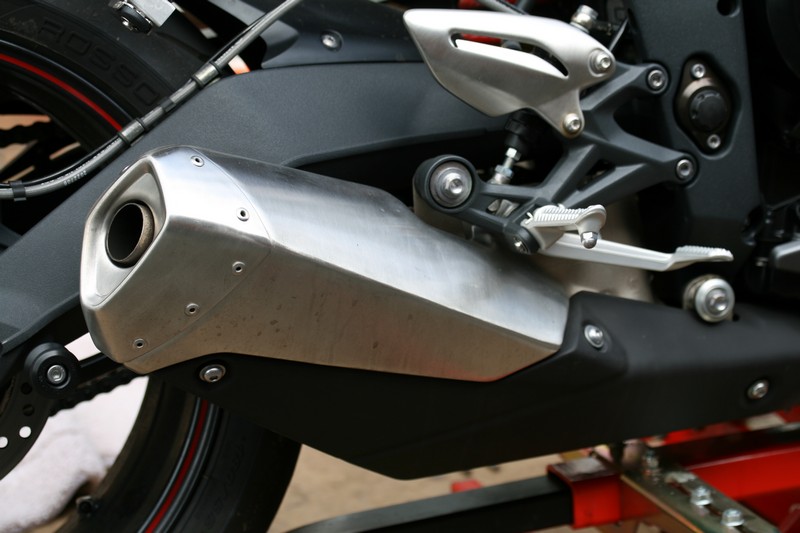 Exhaust was next, instructions provided for this were generic, it really should have said “take off the old and fit the new” but a lengthy version of this was provided. A few bolts later and the original monster was off, a quick assembly of the SP Engineering items and a loose fit session soon had it in place. With the new bolts nipped up final positioning was possible, well nearly anyway, by this time every movement was sheer agony so I initially positioned the pipe, which I decided was too close to the swinging arm, cleaned it off with WD40 and fired it up for a quick sound bite. Bloody loud is all I can describe it as and this was with the baffle in. Not quite as loud as my KTM RC8R with an Akrapovič had been so the neighbours can count their blessings. 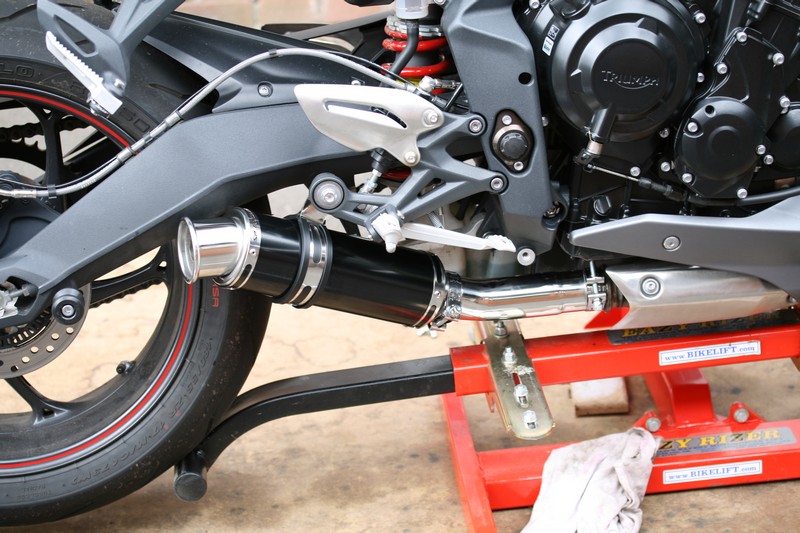 Final adjustments had to be left for another day as did the tail tidy, it was all I could do to tidy away the tools and bikes before heading off to take in a medicinal scotch. 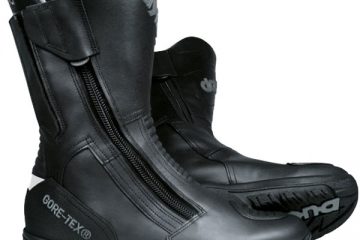 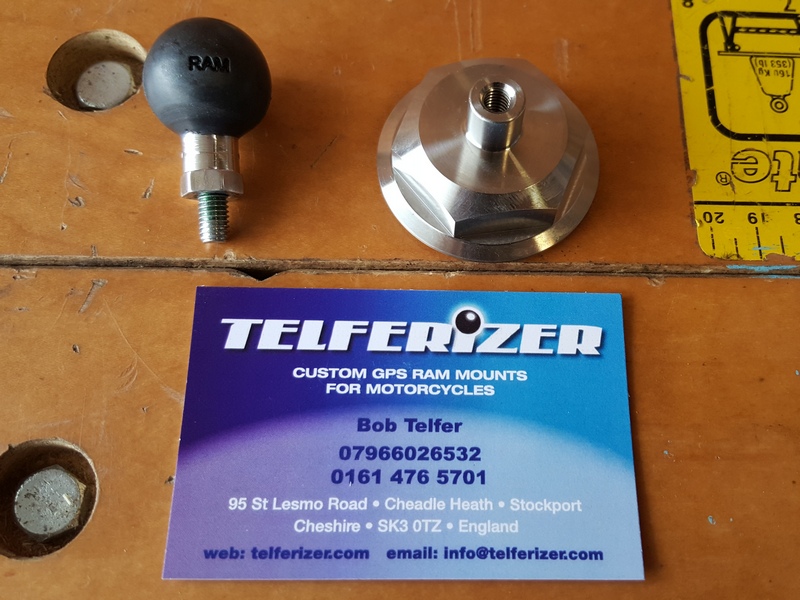 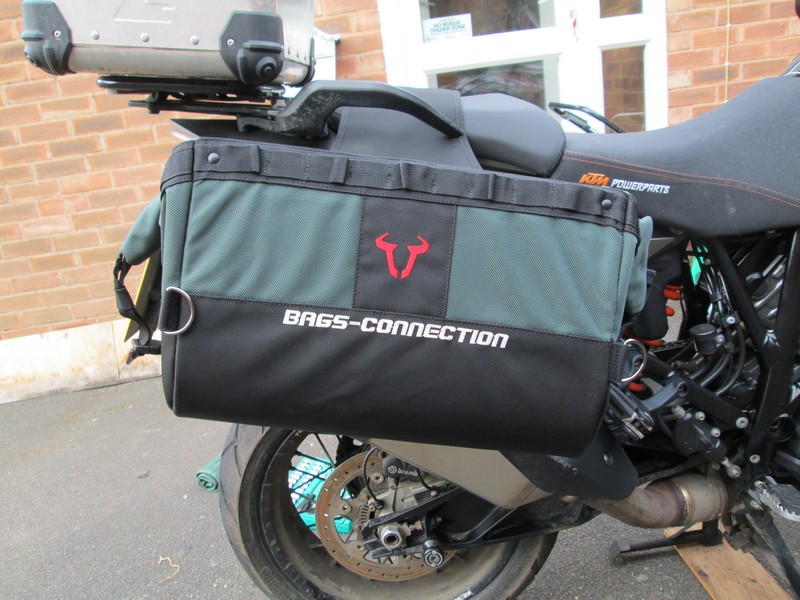