Today’s Rigsville collective ride out was to celebrate Ray’s purchase of a brand spanking new Kawasaki Z1000SX and to get some miles in Ray picked a meeting point of Shobdon Airfield Cafe.

In addition to the first viewing of Ray’s new machine it was also the first trip out for Bob after his recent trials and tribulations thanks to a SMIDSY so it was a doubly momentous day. 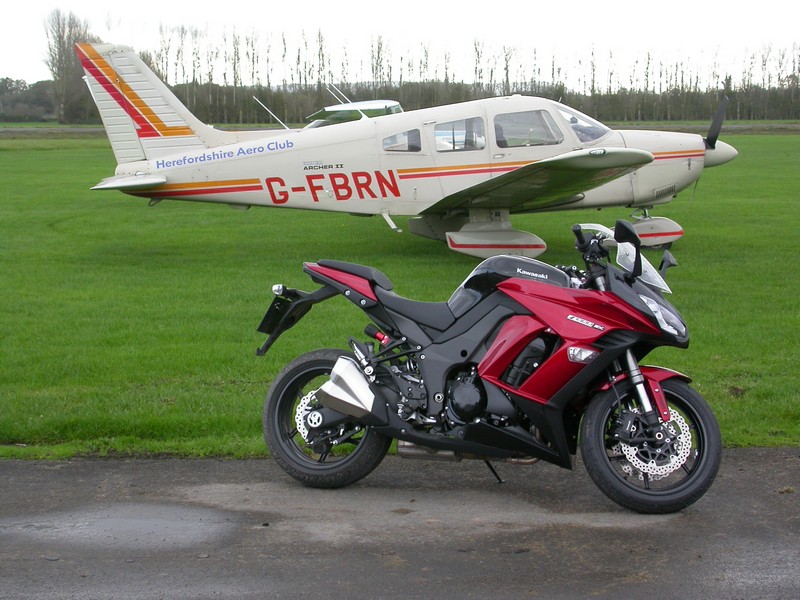 It was not a traditional Rigsville trip, more of a meet up for some fried fodder and a natter about useless things as usual. The Welsh contingent made their slow way up from South Wales so that the Kawasaki could continue its running in phase, Bob, Windsor & Rig met at the usual place and had a gentle trip through Bromsgrove and Droitwich and Steve went via Himley & Welshpool to collect another couple of the TMBF challenge tags. 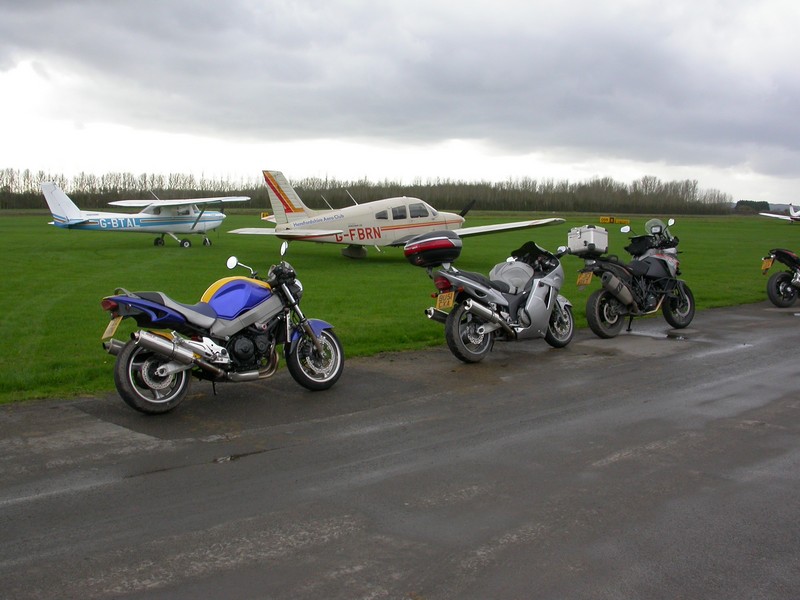 The congregation assembled around the target time of 11am and collectively consumed circa 8,676 calories and god knows how much fat, all in the interest of research you understand……

Much of the usual waffle was exchanged and various methods of running in new bikes was discussed from “ride it like you stole it” to “carefully following the tank sticker instructions”, no definitive answer was arrived at so it is up to you how you go about this undoubtable boring task. 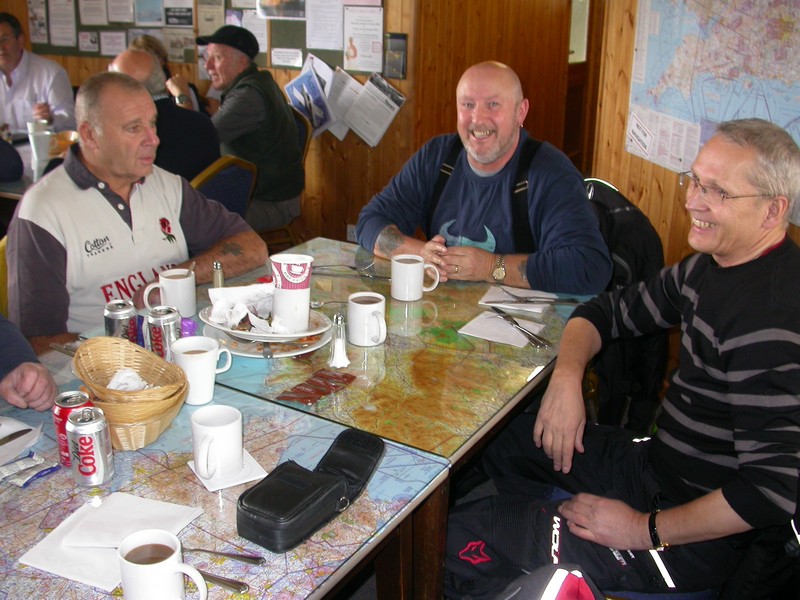 One thing that was agreed on, was that, although it is a Kawasaki and therefore should be green the red paint finish was very acceptable and complimented the bikes looks perfectly, round of applause to the Kawasaki design team.

After the food and drink it was time to disperse, Ray was keen to put a few more miles on the clock, Bonzo probably not so as it involved a 60mph limit, this is not to his style…. Rig ventured off to a rendezvous with a gym in Walsall, Bob and Windsor went in search of a petrol station before the Honda X11 expired through lack of vapours and Steve headed back via Performance Triumph in Stratford. 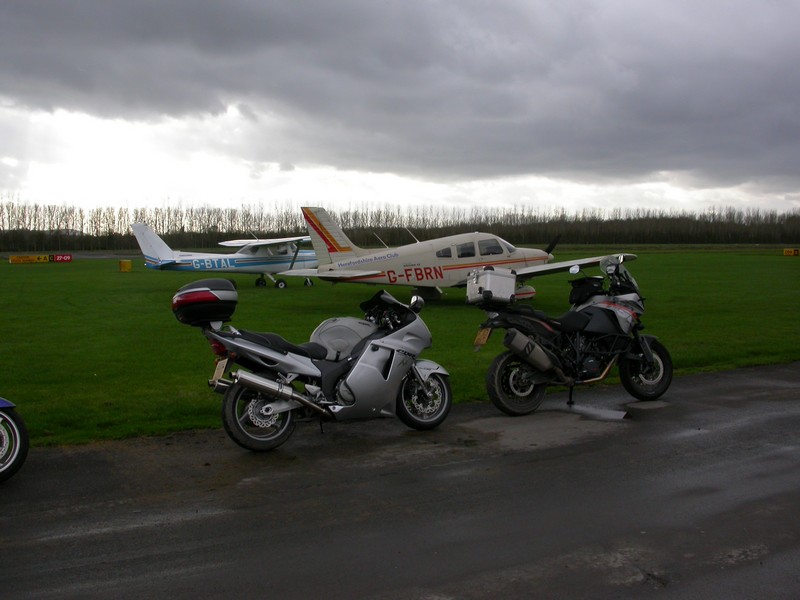 A very good trip out, especially at this time of the year when the weather can be a bit unpredictable and the roads a bit iffy with autumn leaves collecting on bends and mud on the lanes from tractors etc.

Hopefully Ray will shortly complete the running in and the weather will hold for a while yet so that we can all enjoy the fine pastime of motorcycle riding.