To misquote a famous North Warwickean celebrity “What a Grey Day”. Saturday morning was grey and miserable, the forecast was to stay dry with the possibility of it brightening up, this did turn out to be true so you can’t knock the met office, it just went from dark grey to a slightly lighter grey, we did get about 10 minutes of sun during the day though which was a bonus but the trip turned into a tale of the two fogs, there were no killer zombies about, unless you count the numerous cars driving on side lights or worse still no lights at all!!!. 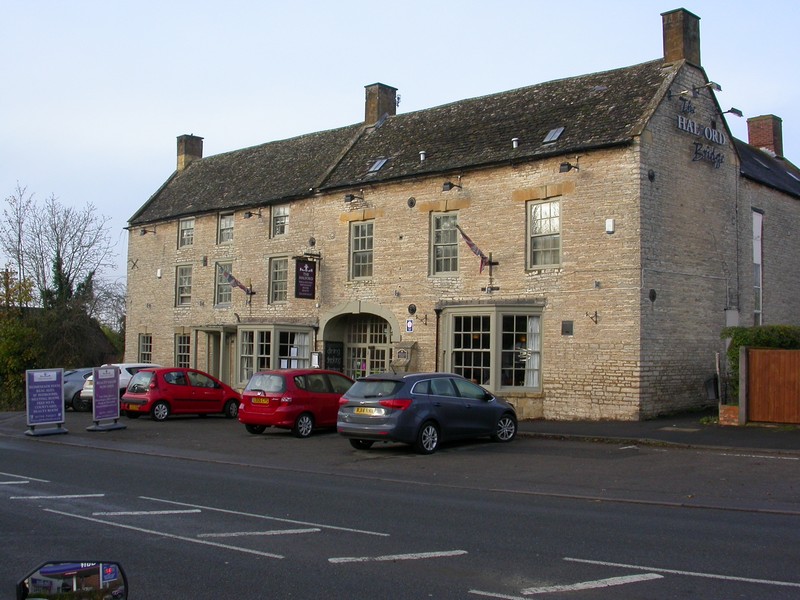 The route entailed the obligatory trip along the famous Fosse Way which normally is a pleasure. After Bob, Chinny, Windsor & Steve met up at “The Halford” it all started off to plan, heading south through Moreton-in-Marsh onto Stow & Bourton, the traffic was lightish and wasn’t a problem for group leader Bob and his shiny Blue Blackbird, the weight saved by missing bolts here and there must be benefiting the bikes performance if not the overall efficiency….

The route was to take us around Cirencester and onto the old town of Tetbury, it wasn’t too long that we encountered the first fog bank of the day. The natural rolling hills of the area proved to be too tempting for the fog maker and we were shrouded in the stuff for quite a few miles. It is at this point I should give a shoutout to the inventor of the pinlock visor system. I am only a recent convert as this bit of seemingly useless plastic was left in the Shoei Helmet box until a couple of years ago when I decided to give it a try and all I can say is what a revelation, I now never go biking without it.

In this situation it did its job perfectly keeping the inside of the visor clear and fit for purpose, and fully confirmed the fact that you couldn’t see much due to the water vapour forming droplets on the outside of the visor and this allied to the relative gentle pace was building up faster than the wind was clearing it off.

The first fog bank eventually cleared and we had a clear view of the road ahead and the wonderful scenery. This wasn’t to last though as we got close to the M4 the fog descended again and was even thicker, it was a bit of a concern that the motorway leg of the trip would be a right pain in the arse with fog this thick but as we left the island and dropped down the slip road to join the M4 the fog mysteriously cleared and gave us an easy trip into the heart of Bristol and onto Fowlers Motorcycles which was our destination for breakfast.

Bonzo and Ray were already at the dealers and both were well pleased that Ray had finished running in the new wheels and could now move faster than 62 mph.

After a quick inspection of the loose bits on Bob’s bike we headed through the sale items, up to the first floor showroom and quickly up again to the café area. After a quick whip round, to appropriate the necessary funds, the order was placed for a round of the biggest breakfast on offer and we settled down for the usual banter & piss take session. 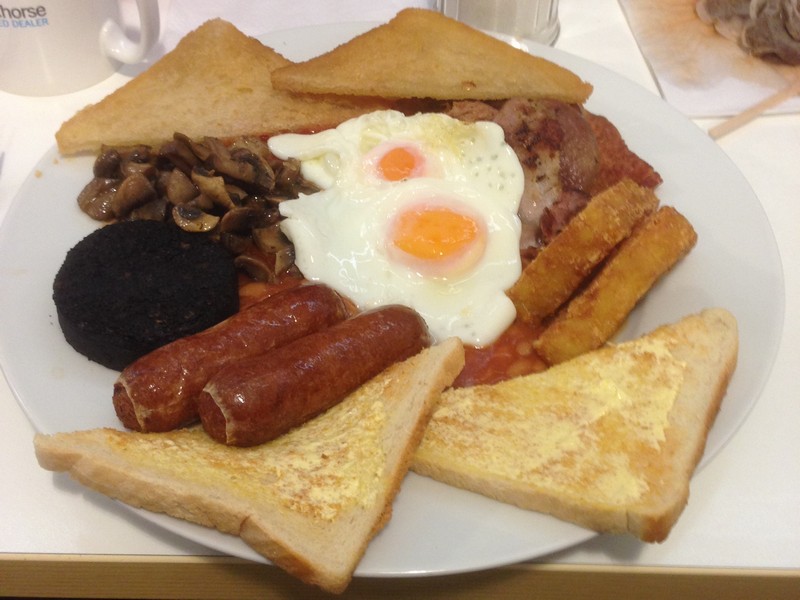 After the breakfast plates were fully cleaned, well most of them…, it was off for a wander round the bright shiny new machinery on offer and Fowlers certainly have a lot of this to show…. From there it was down to the ground floor to check out the weekend “special” offers and locate some cable ties so that bob could carry out some running repairs before the trip home. The multi-use items were eventually tracked down with the help of an assistant and Bob parted with his £4.50 UKP for 50p’s worth of kit and we ventured outside to repair the Scottoiler tubing. 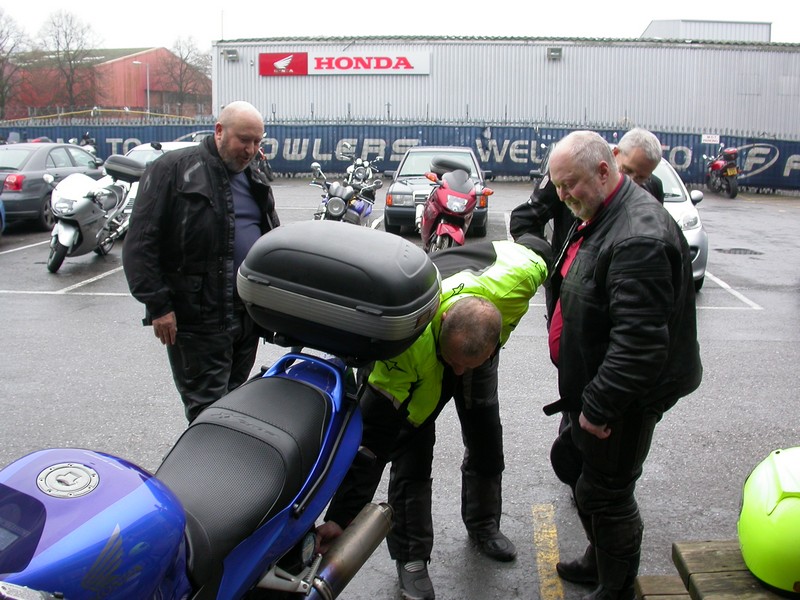 After cleaning up and bidding farewell to the Welsh contingent it was off to the Shell garage just round the corner and set off back up the M32/M4/Fosseway.

As it was now late in the day, it would be reasonable to expect the fog to have cleared off and left us a nicer trip back, how wrong can you be, as soon as we left the M4 it was back into the thick fog bank. After emerging from the gloom, thankfully the trip home remained a Fog Free zone, unlike the latest series of I’m A Celebrity… 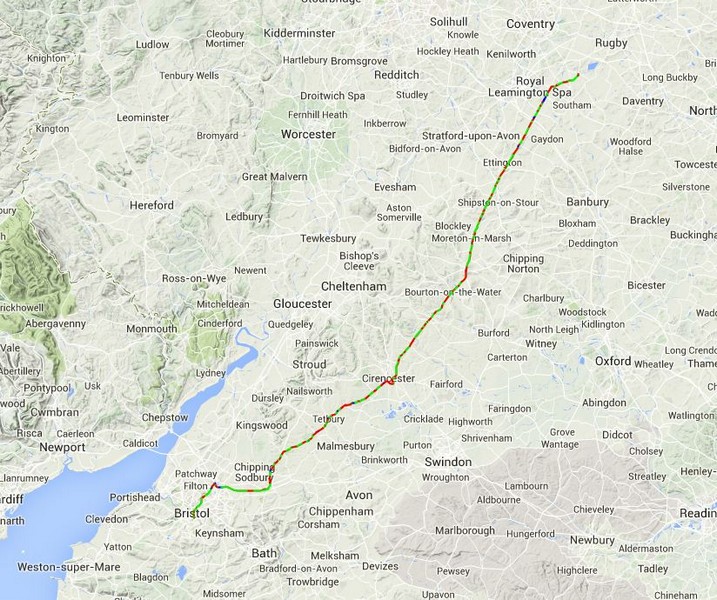