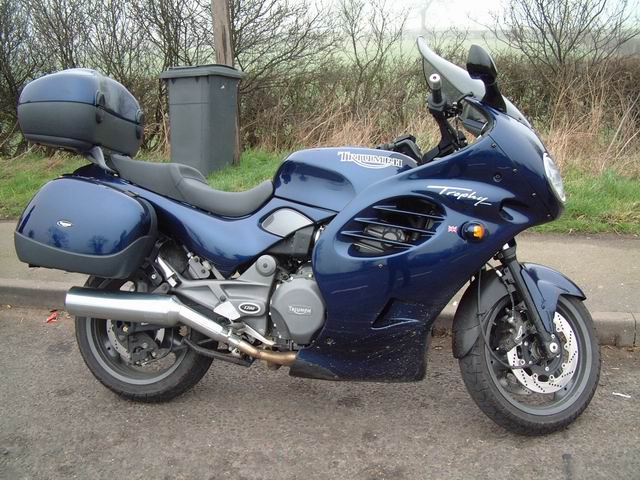 He’s managed to sort himself a lovely mint condition Triumph Trophy 1200 complete with the 3 box panniers.

20th September 2002
Well the Trophy’s gone, after being together for just a couple of months and covering quite a few miles, Bonz’ decided it replace the Trophy with something with a little bit more grunt, He’s traded it in for a Honda CBR1100xx Super Blackbird! 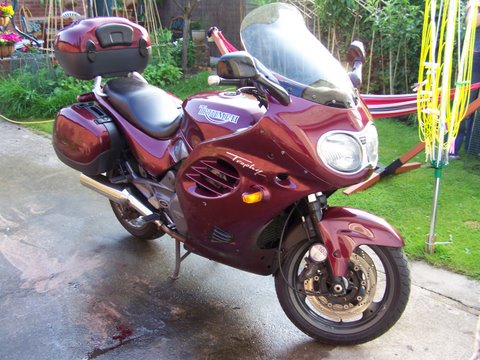 After a couple of years in the wilderness without a bike Hank went and got himself another bike, this time he purchased a extremely well looked after Triumph Trophy 1200.