With the New Year upon us it was time for Billy to shake off the Christmas excesses and get out and about into the cold January air, normally Billy prefers visiting pubs during opening hours but today was about kick starting this year’s The Motorbike Forum (TMBF) Challenge 100 campaign.

Scanning the list of tags Billy decided on targeting a few localish public houses and a bit of time spent on Google produced a short list of likely candidates. As it was still holiday time Billy didn’t have access to a decent computer so faith was totally placed in the trusty Garmin Sat Nav, using only postcodes for reference a route was built up and Billy was good to go.

Saturday morning came and the weather forecast proved to be spot on…it was lashing down, none the less Billy got togged up and set off towards the first stop not far down the road at Brandon where the Royal Oak was to be found. 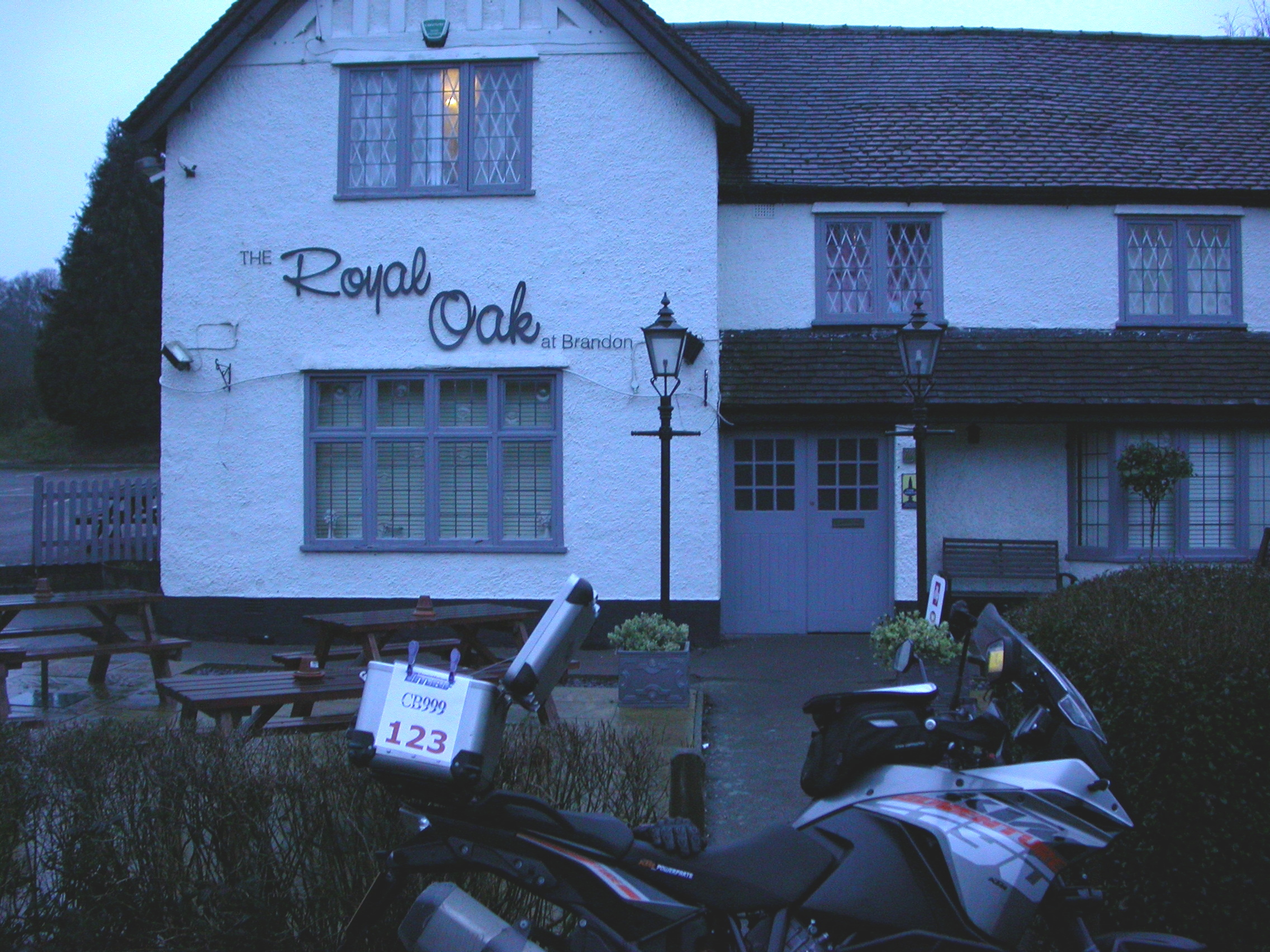 The trip to Brandon was uneventful and the time was well spent getting used to the wet and slippery road conditions. Upon arrival at the Royal Oak it was still not fully light so taking the necessary evidence photo was a bit of a challenge using a basic point & shoot job but with a bit of after work it lightened up sufficiently for use, the picture taken on the phone was probably better.

The rest of the pub targets were in the north of gods own county of Warwickshire so with the next stop being the Lime Kilns on the A5 in Burbage a bit of M69 motorway work was necessary. 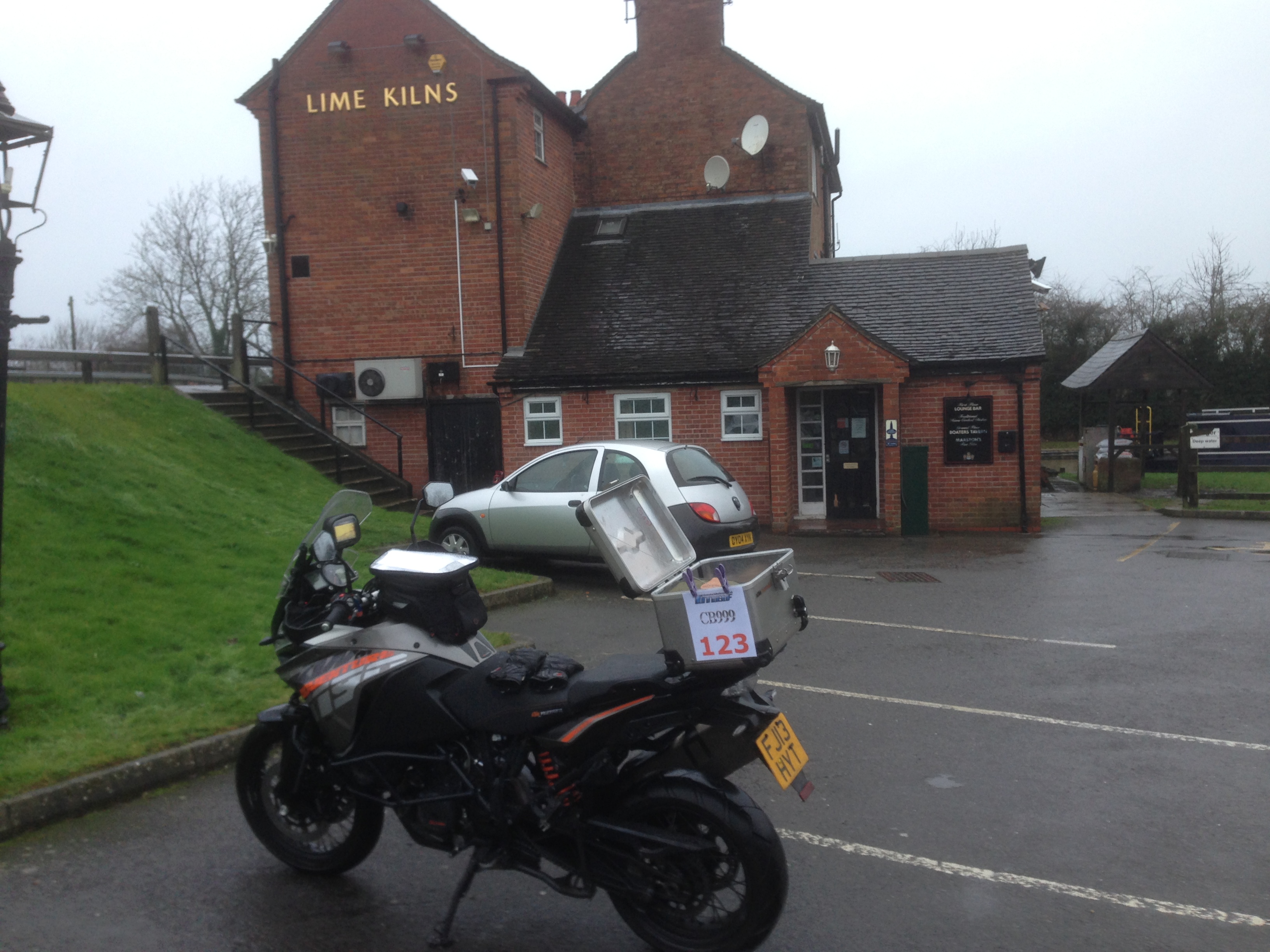 Billy left at junction 1 and dropping down to the A5 Island brought home the dangers of modern motorcycling. At the traffic lights there was a great rainbow in the running water which highlights the amount of diesel about on our roads today. The A5 should always be treated with respect as it is a major trucking route and has the ever present spread of diesel which, today was highlighted by the crap weather conditions.

Having a rough idea of the pub’s location was a help as the vague nature of postcode navigation was brought to the fore as Billy went sailing past and had to turn back at the next island, not too much of a problem.

The stop was made and photos taken, by this time the battery in the camera was getting low, Billy had forgotten to check, Doh! good job I was carrying a spare and with a quick battery swap all was good.

Next stop was a short hop up the road to Witherley where, according to Google, was the Blue Lion. This time the postcode was spot on and with the help of the local signage the pub was found with no out takes. The cold was setting in a bit now so Billy decided to switch on the heated grips, trying to keep something in reserve the low setting was chosen for the next short trip to Sibson and The Cock Inn, snigger snigger….. 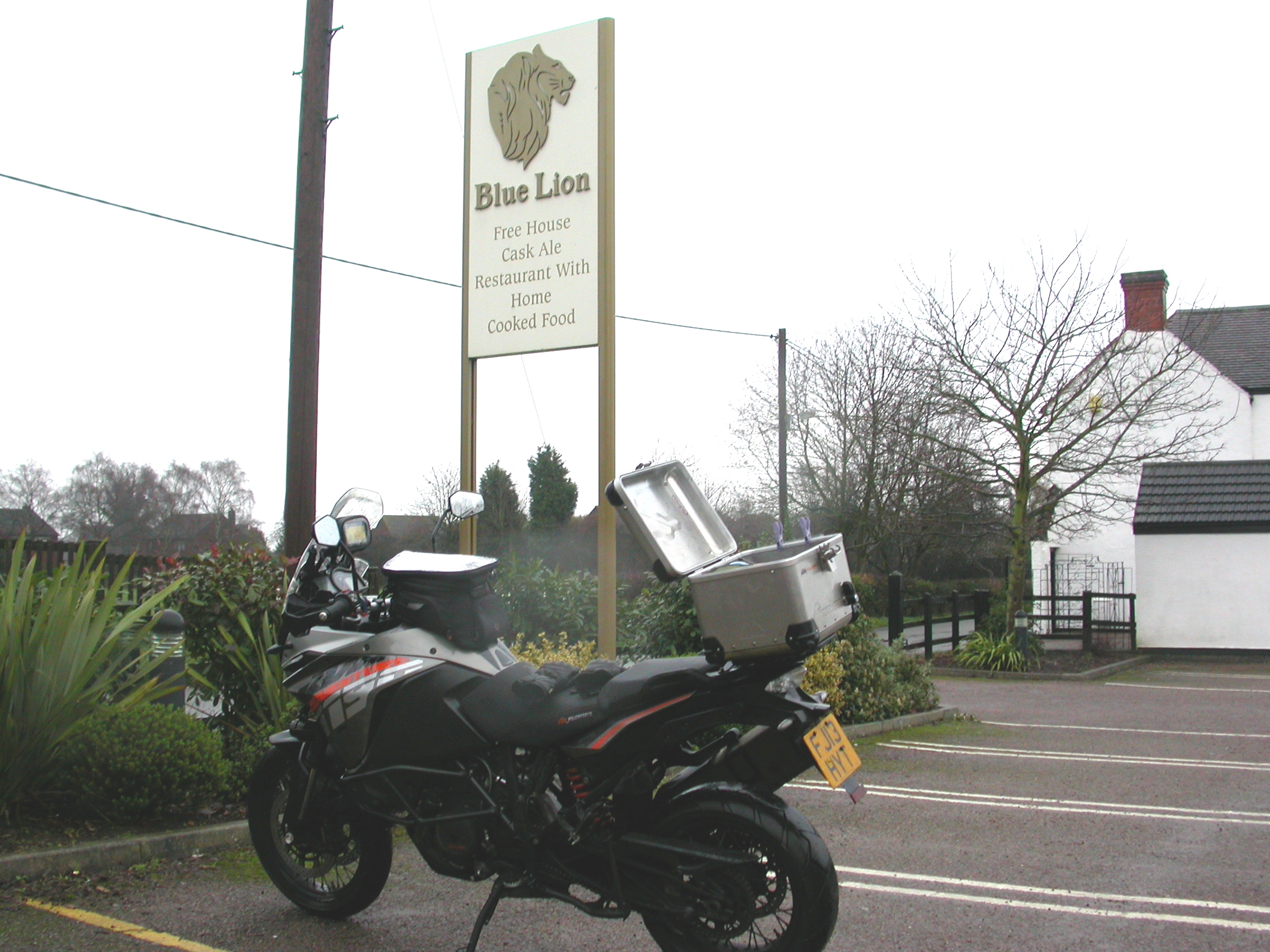 The postcode for this one was a bit confusing, the Sat Nav took me to a pub just down the road and Billy was thinking “Bugger it has changed names”, however whilst pondering this The Cock Inn came into view on t’other side of the road, disaster averted and what was to be the last stop sorted. 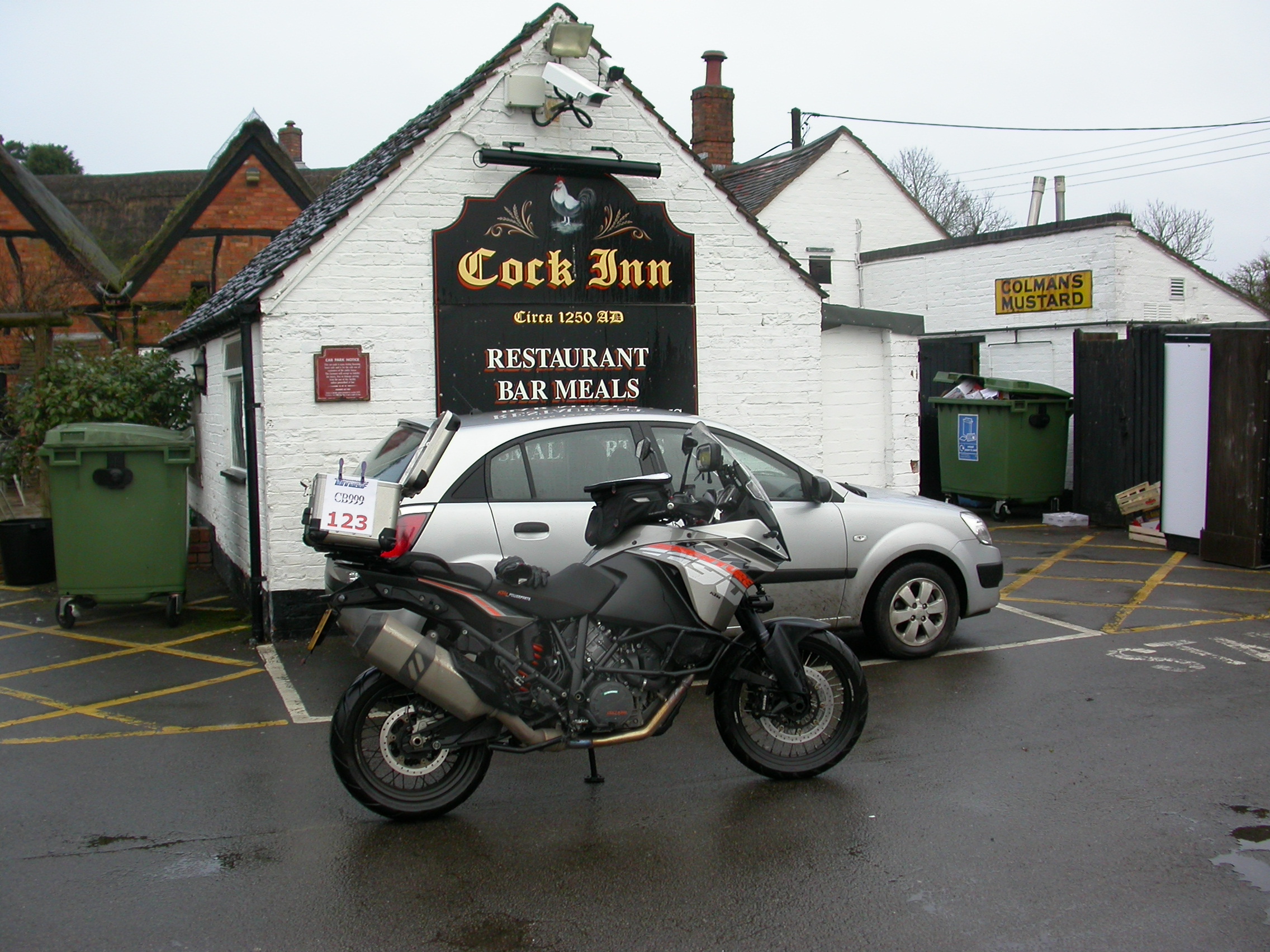 Billies plan was to finish with a trip back into Warwick and snap the Vine Inn on West Street, this in the past has been the site of disposal for many of Billies drinking tokens, however the wet and cold was becoming a bit of a pain so the heated grips were cranked up to full, the Sat Nav set for home and it was the end of Billies excursion for today.