Billy had been eyeing the weather forecast for the last few days and sure enough, the expected rain was hammering down, these weather forecasters were getting better. It was no all doom and gloom however, the rain was forecast to hold off over the Iceni region and it was south of this area that Billy decided to cover.

Setting off in the heavy rain Billy was questioning the wisdom of this trip, but the justification was the usual “how can you enjoy the good days if you don’t ride in the bad?”

The rain was accompanied with the usual high winds that seem to be the norm these days. Billy decided that the days of staying at home because of the wind are gone and if he wants to get out and about then the technique of riding in the windy conditions has to be mastered.

The initial leg to Huntingdon was 60 miles along the A14 and it was wet, wet, wet. “I feel it in my fingers, I feel it in my toes. Love is all around me. And so the feeling grows. It’s written on the wind, It’s everywhere I go, oh yes it is” No, not that Wet, Wet, Wet, this was the precipitation version and none too pleasant it was too.

By the time Billy pulled into the first photo stop of the day in Huntingdon, the falling rising damp had ceased, bonus, the forecasters were spot on. The Exhibition pub was kind for the photo, a nice spot to park up directly under the sign. 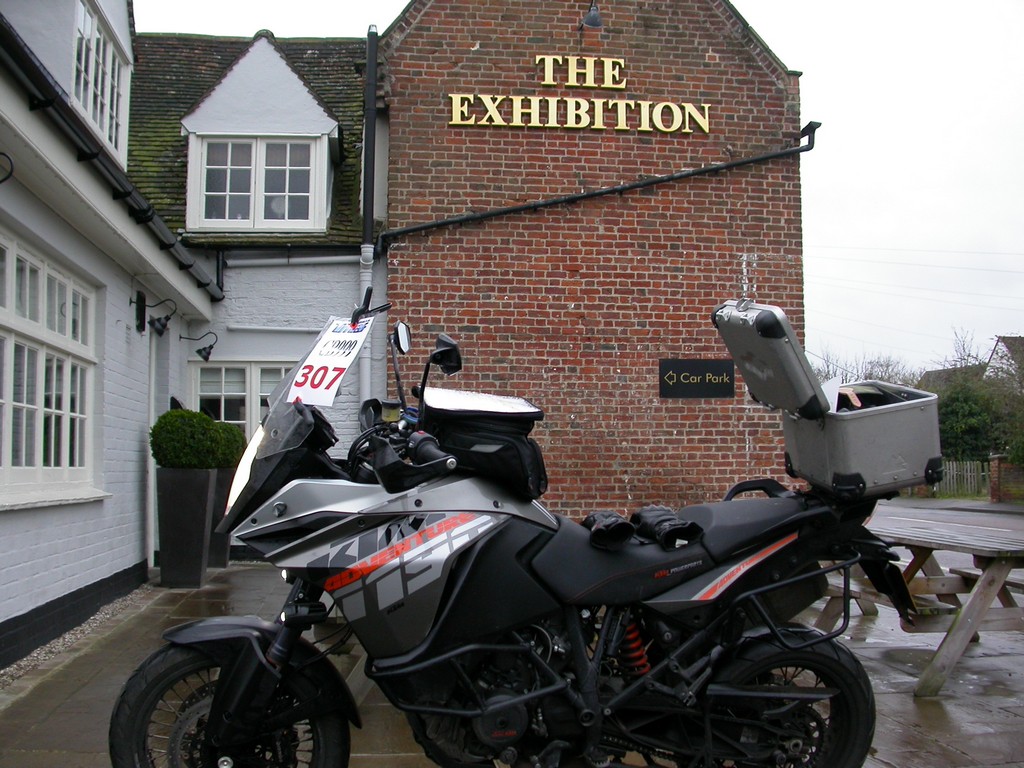 From the pub it was back onto the A14 for a short stint to pick up the M11 which is a grand name for a glorified dual carriageway, and off at the Duxford junction towards the spicily named Saffron Walden and a photo at Walden Castle. Although it had stopped raining it was still very overcast and dark, not very pleasant conditions. 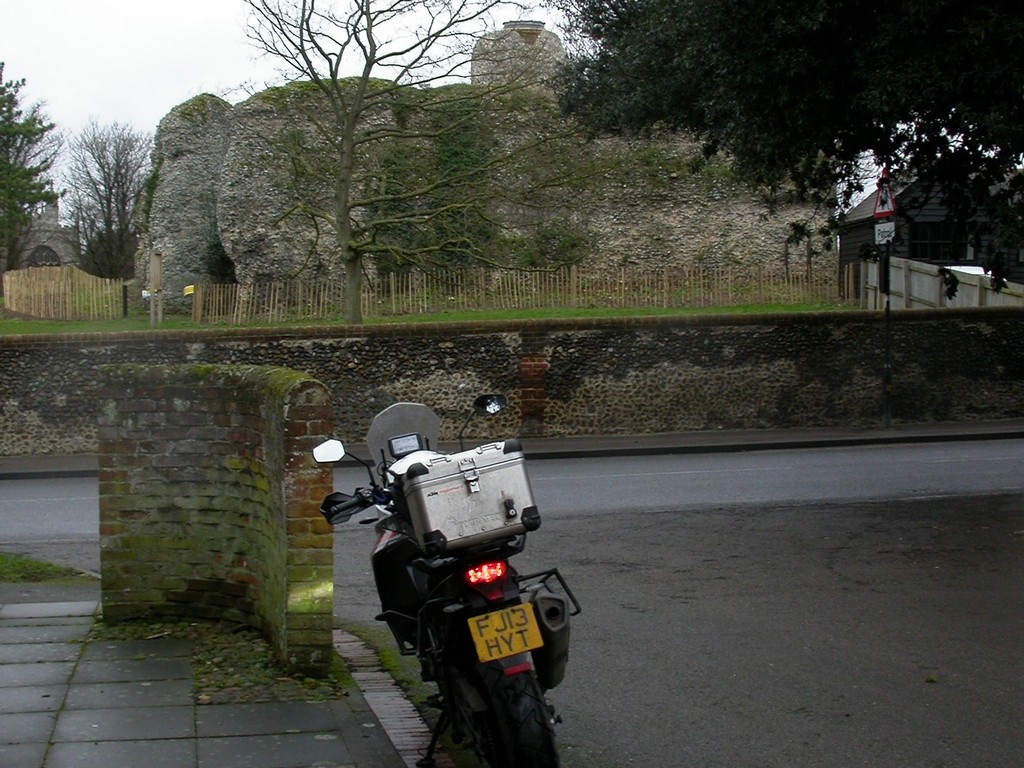 The next leg of the journey was the interesting part, the road looked twisty on the route planning and it turned out to be just that, all the way to Castle Hedingham in fact. It would have been a very nice trip except for the roads being absolutely crap. They were wet and covered in debris, an aftermath of the weather conditions battering the UK recently. 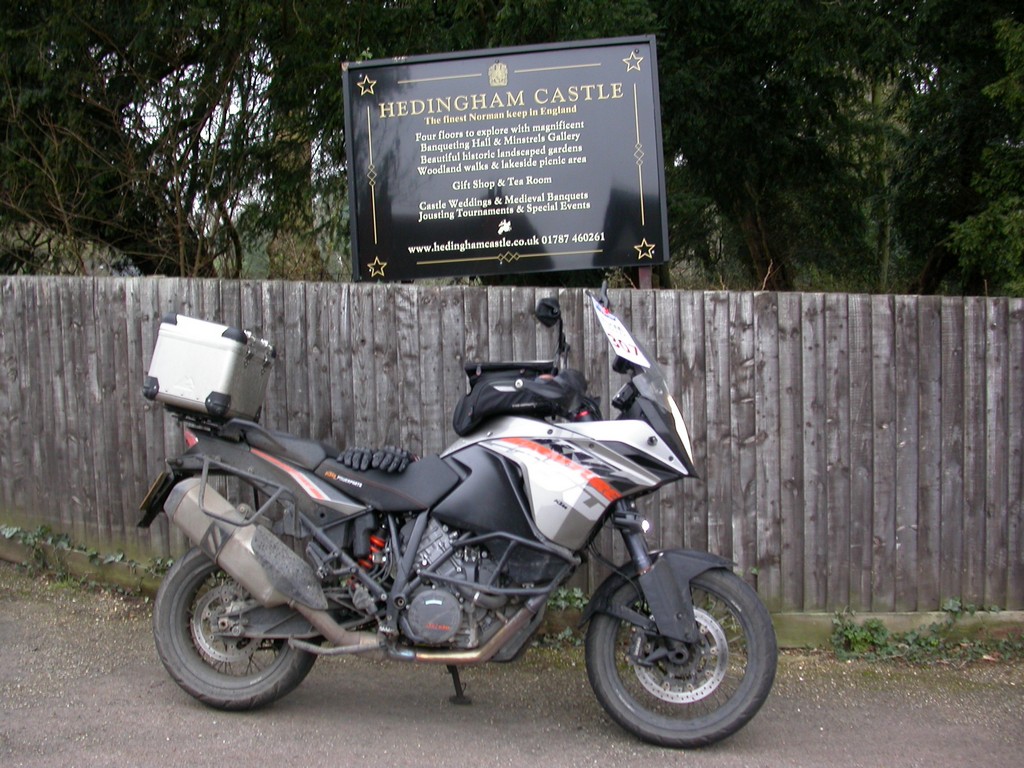 A quick stop at the Castle entrance for the evidence photo and it was off to the historic town of Colchester in deepest Essex. As it was a Saturday the traffic around town was quite busy and there looked to be a market too, this was a bit hunkered down as the wind was ominously picking up. Billy picked up the last photo of the day and set sights for home. There was 150 miles to be covered and the wind was becoming a problem. 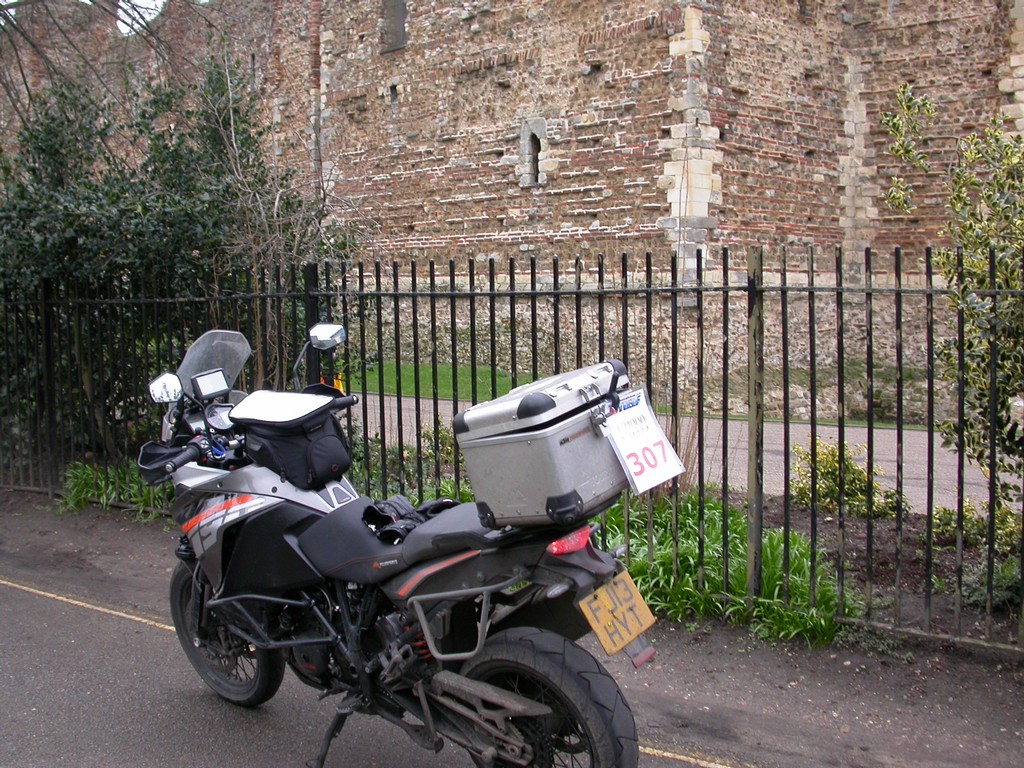 It was a miracle that the rain kept off, the wind was blustery the whole way back. It is amazing that whichever compass point you are heading for the dam wind always hits you side on. It must have looked like Billy was pissed to the cagers all around such was the struggle to keep in a straight line. Billy tried all sorts of tactics to ease the strain, tucking down, sitting up straight, and leaning this way and that. 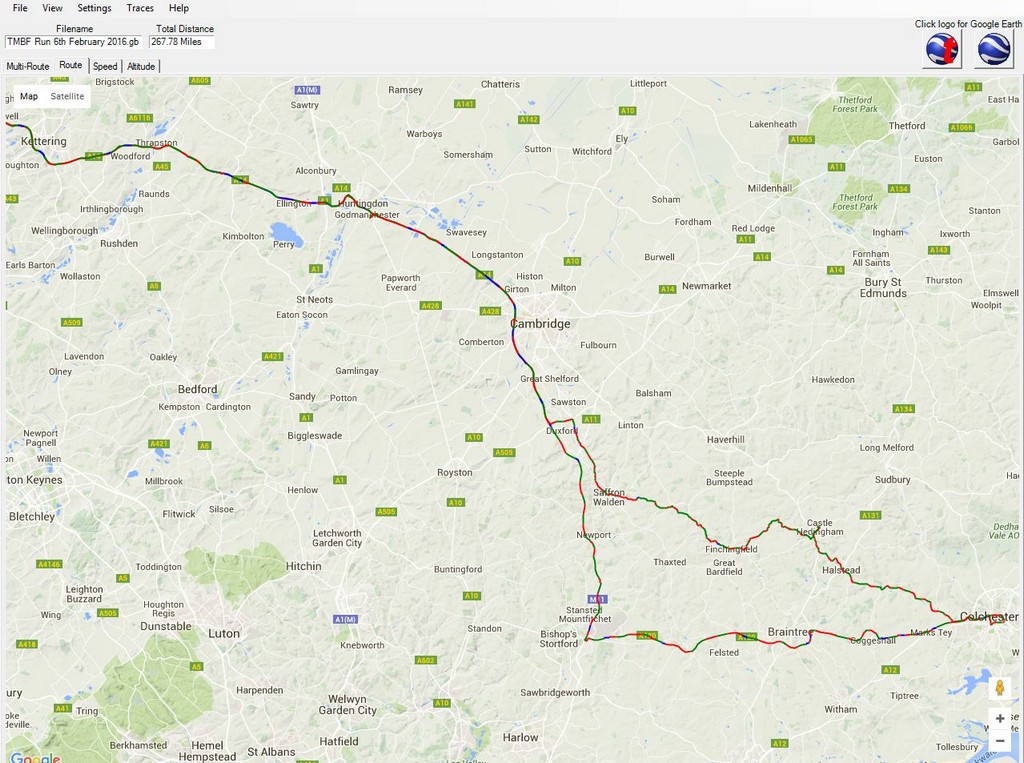 It was an interesting fight with the elements, the M11, A14 route back is normally a quick trip home but it proved to be an up and down journey, speed was dictated by the amount of wind and it varied wildly. By the time the Midlands was in sight the rain was back with a vengeance. Kettering was the cut-off point for this so it wasn’t too far to fight both the wet and wind.

Billy had gained more experience in the wet & windy conditions whether he needed it or not. Here’s looking forward to the next trip. Can’t beat two wheeled adventures.