A Rare Day Off

Finding myself with a rare day off from work and other family related duties I pondered over how best to spend such a rare and golden opportunity. Unfortunately the Infiniti Red Bull Racing team didn’t need my driving abilities today (our calendars didn’t match up) Chris Evans still had not got back to me regarding my help in presenting the new series of Top Gear and Kelly Brook had, had her bikini wax done only the night before so I thought why not get the bike out and grab a few UK Challenge 100 tags?

I had 2 options, grab the tags in North Wales or the ‘North Midlands’ ones, looking at the weather forecast showed that North Wales might have more of the wet stuff arriving than the East so I decided a nice run around Nottinghamshire, Lincolnshire and Yorkshire with a trip to the seaside would be the order of the day.

Once TYRE was loaded up and the tags I needed for the North Midlands were loaded in I noticed that if I headed east past Melton Mowbray I could grab one of the pub name tags (The Black Bull) as well as a Central England tag (The Goat near Market Deeping) before heading north.

The day started nice and early complete with a near perfect weather conditions as I headed along the A5 towards the M69/M1/A46 to get to Melton Mowbray and my first stop for the day, breakfast at the local McDonald’s. 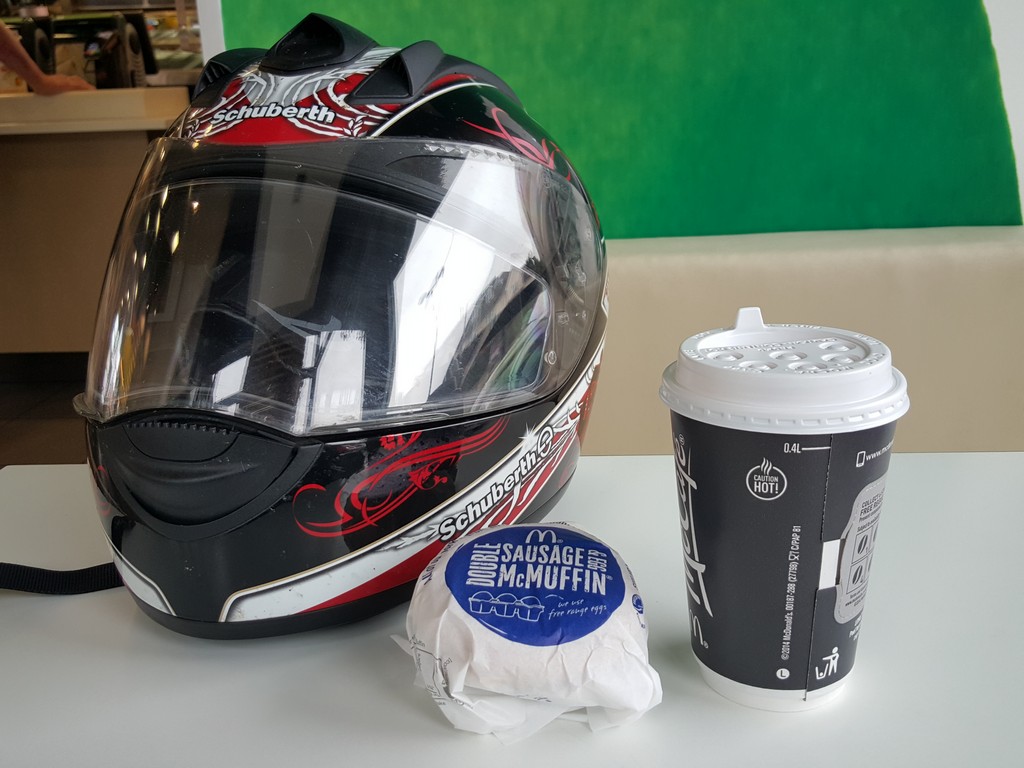 Once suitability fed and watered I headed to my first tag of the day along the B676 to the Black Bull Inn in the quaint village of Market Overton where after the mandatory evidence photos were taken it was time to head down the A1 to Stanford. 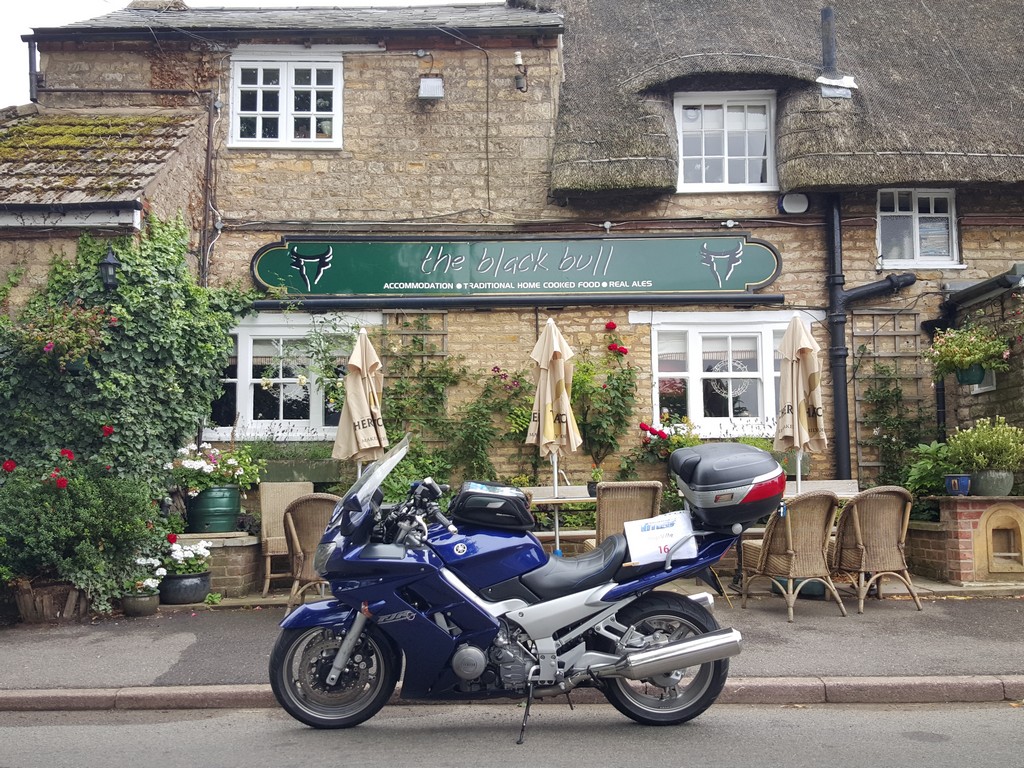 It was just outside of Stamford where I got caught in a huge traffic jam, as I slowly filtered my way past all the waiting cars and lorries I saw in the distance the cause of the delay, there was a level crossing ahead and everyone was waiting for the train to cross, as I had managed to get within 20 or so cars of the front of the queue and the road markings had changed to double white lines, I patiently sat and waited with my engine turned off for the train to pass. 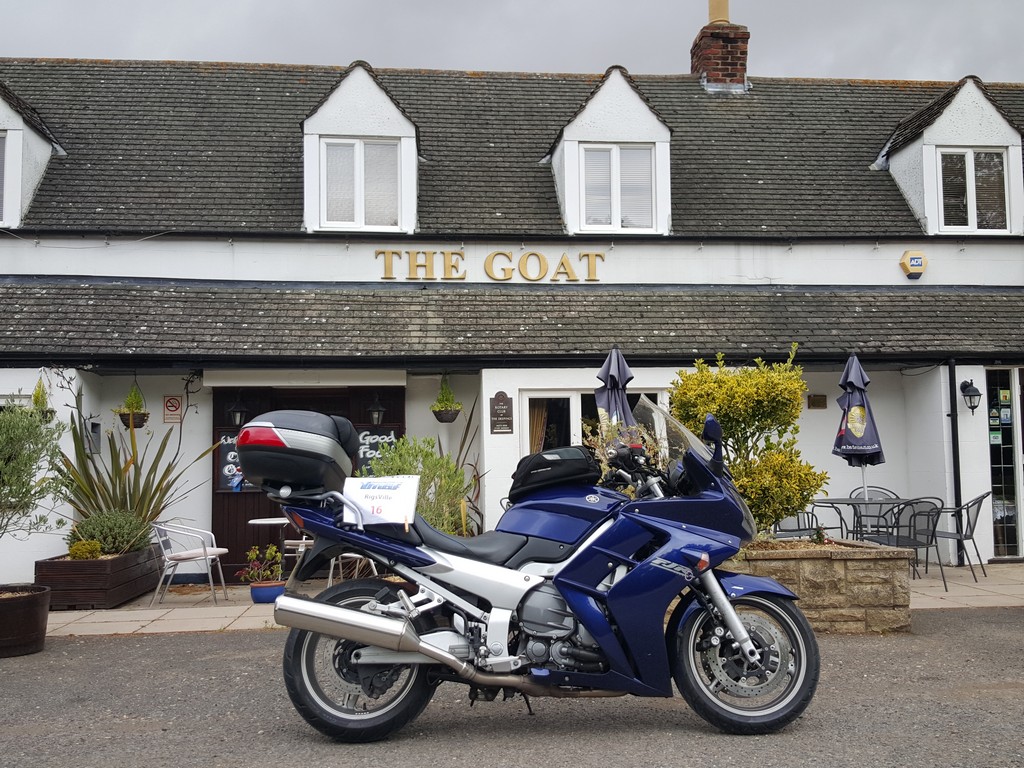 Once I arrived at The Goat near Market Deeping and got my photo’s I continued to do an almost complete lap of Market Deeping to get onto the A15 and head north past Bourne and Sleaford until on the outskirts of Lincoln I arrived at Aubourn Hall for my 3rd tag of the day. 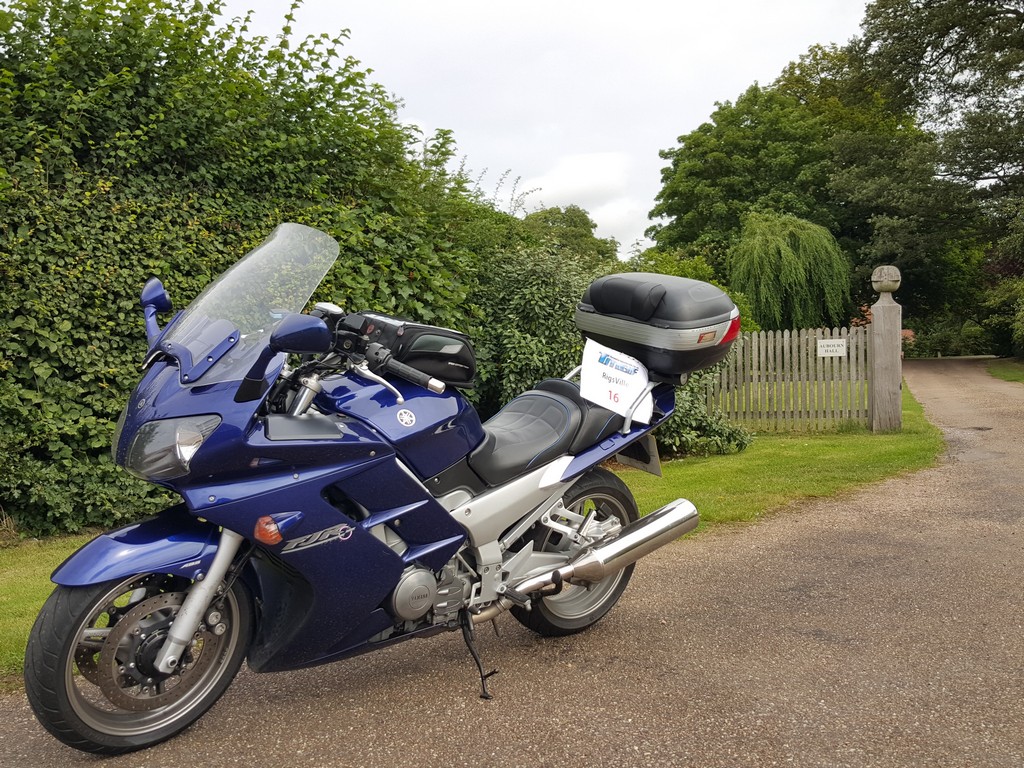 By now I had done 123 miles and it was time to visit the very popular Caenby Corner Café, unfortunately time was getting on so I didn’t have time to stop for a cuppa or even a piece of cake so I just managed to get my evidence photo and move on towards my nest tag. 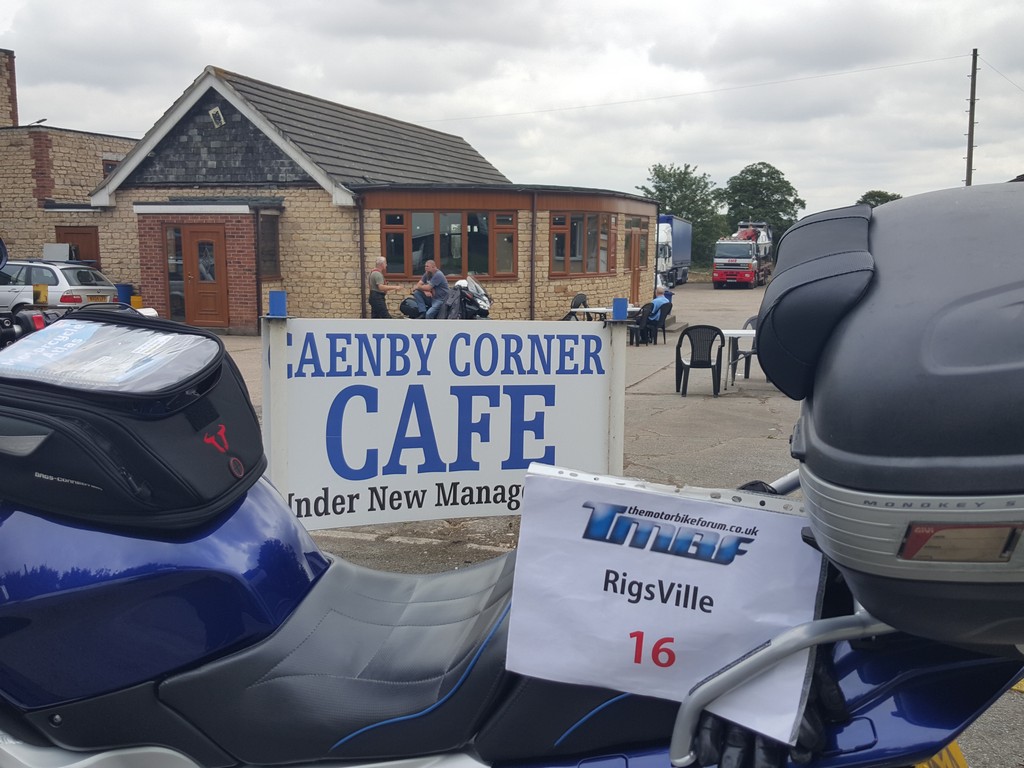 After a boring run along the A16, M180 and the A180, as I headed into Grimsby I had the overwhelming desire for some fish and chips, this must have been due to the overwhelming smell of chips from some nearby chippy and nothing to do with the rows upon rows of cars all lined up next to the royal docks.

After going around in one big circle I pulled up next to my next victim, sorry, tag of the day the Yardbirds Rock Club where I managed to get my photos sorted without anything interesting going on. 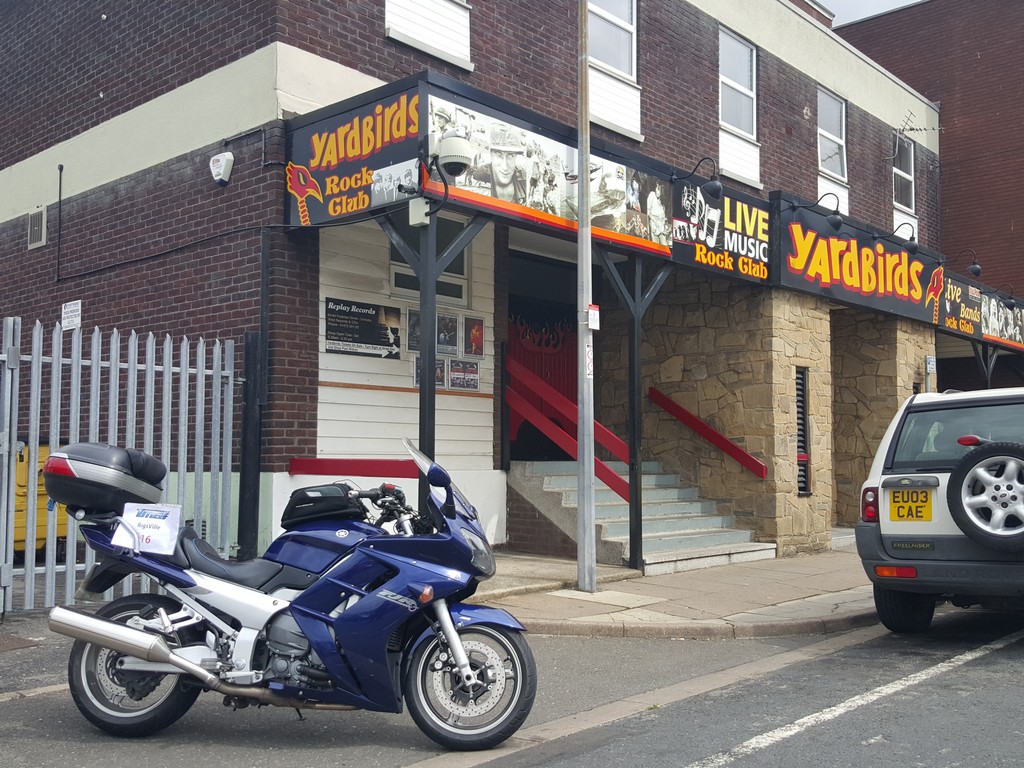 After getting my pictures it was then time to head back along the route but I then changed direction and headed north over the impressive Humber Bridge and into the market town of Beverley. 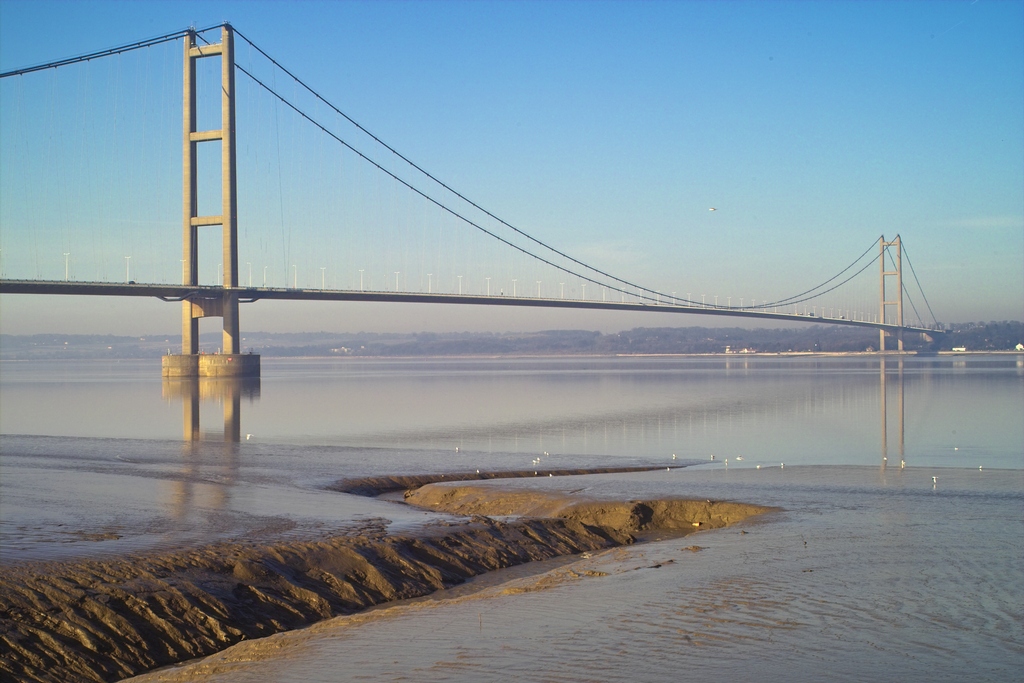 Once past Beverley it then just a short 25 min ride into Hornsea where my next tag was located at the rather imaginatively named Seafront Chippy. 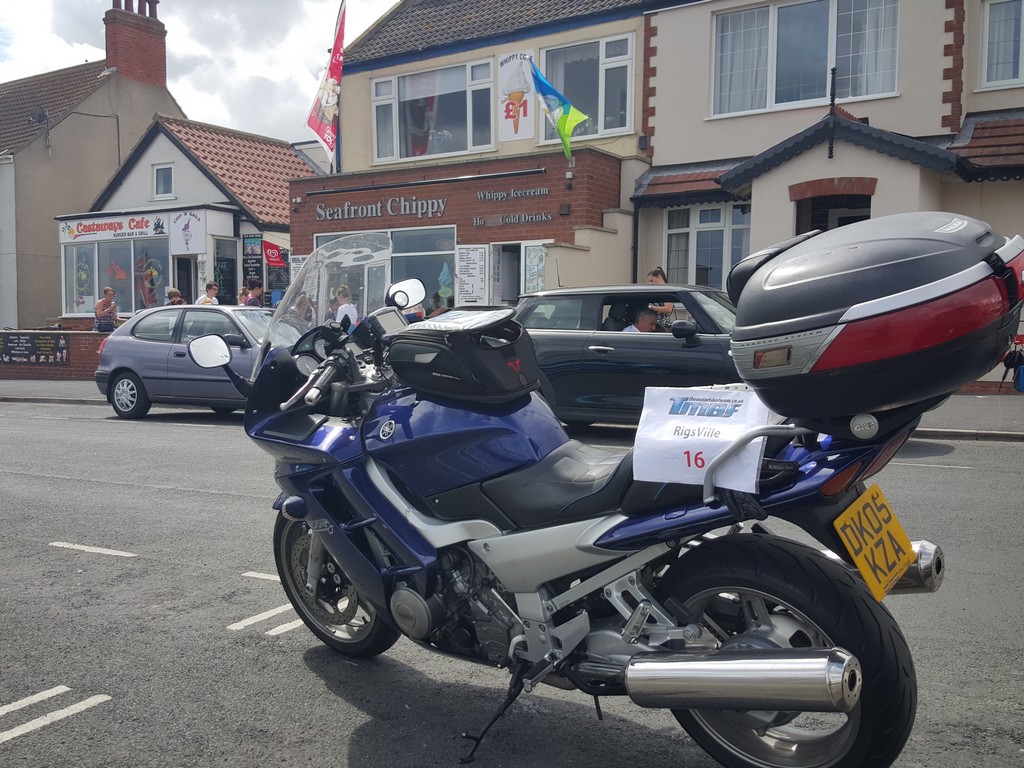 With all the sights and sounds of the sea my tummy was complaining and luckily I know Hornsea quite well after spending a family holiday here so I knew a very nice chippy just around the corner where I could easily park the bike, grab some chips and a cuppa tea and sit on the seafront to take 5 minutes out.

With my body and mind refreshed it was time to jump back on the bike and start my descent south, heading towards home and my last tag.

After 70 miles of dual carriageway and monotonous motorway I finally arrived at my last tag of the day, Flo’s Café on the southbound part of the A1 where a welcome cuppa tea helped revive me before I set off for the next 80 and arrived home safe. 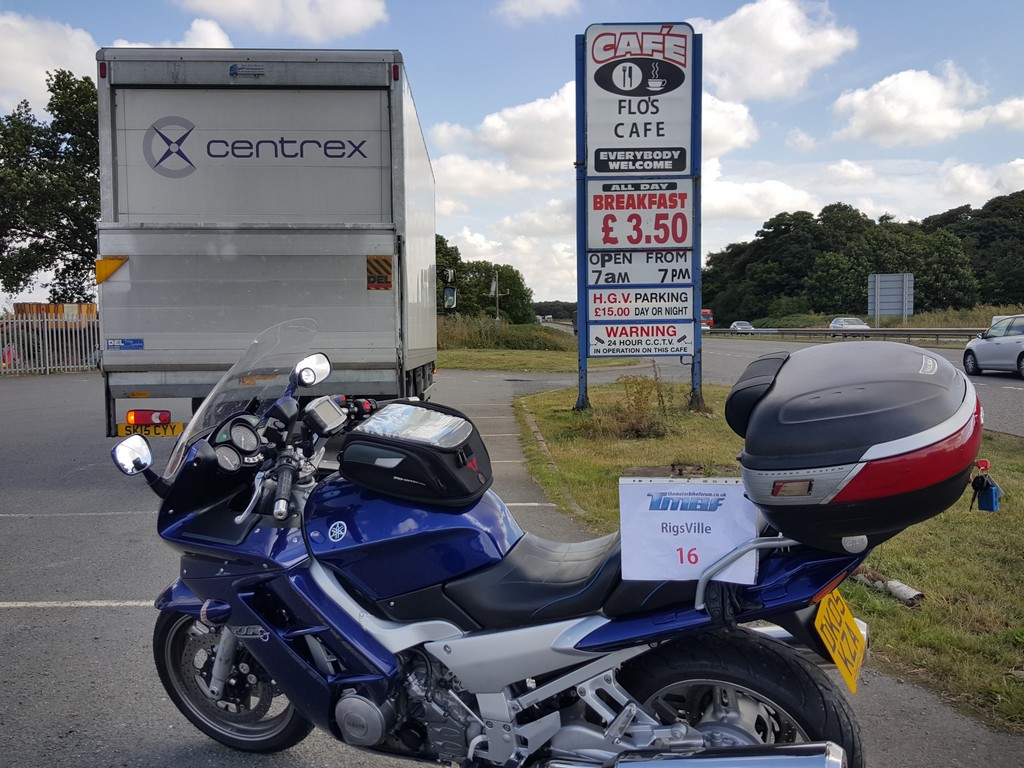 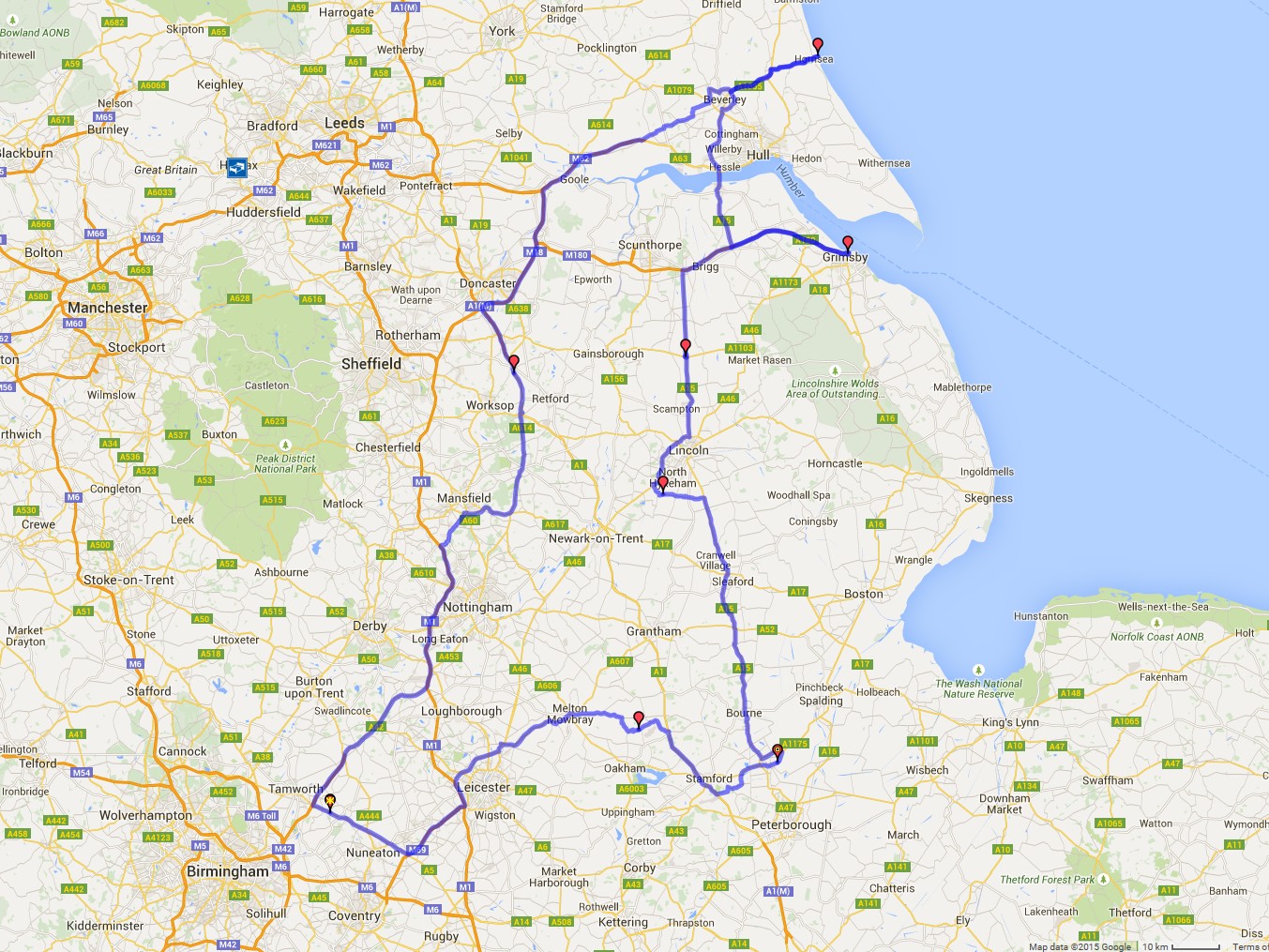