I must admit that I wasn’t overly looking forward to this years NEC Bike Show, I’m not sure why but the last few years shows have just been more of the same and were getting boring but due to work commitments myself and a few of the others couldn’t make it to the show mid-week so we decided to brave to crowds and visit the show on Saturday the unexpected bonus to this was that my eldest son Scott could also come along. 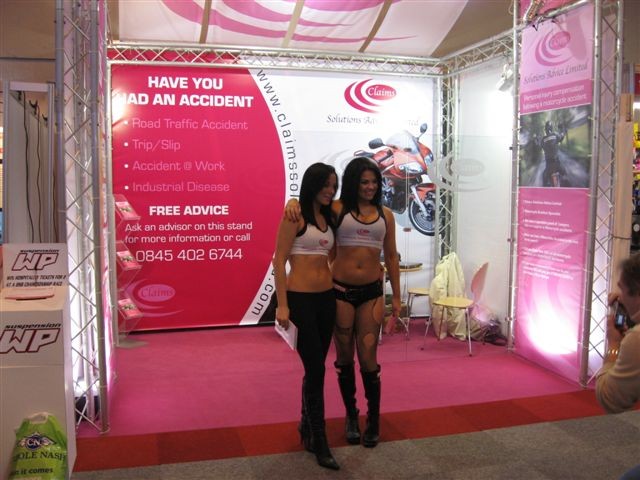 We arrived at the NEC around 9:50 and after waiting in the ticket queue for 10 minutes eventually paid our £15 for our tickets, by then the show was open but not being ones to rush around and we decided that food was more important that bikes and so we headed into Wetherspoons for breakfast and coffee.

One we had gotten into the show it was nice to see that things had not changed and that there was many young ladies in tight fitting clothes, Scotty was in heaven and so was Bob. 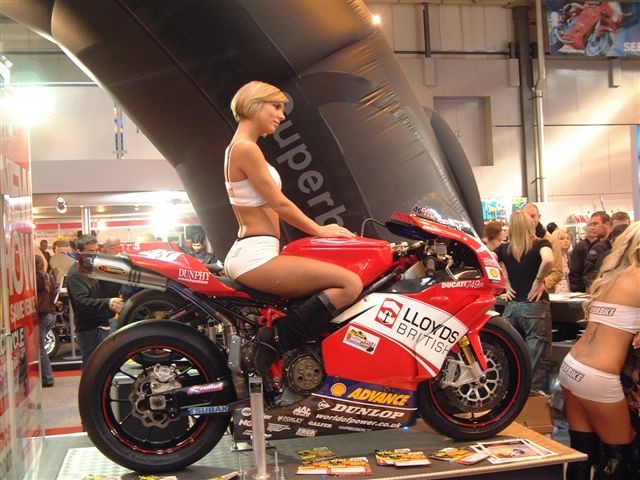 The show contained it usual stands displaying motorcycles, motorcycle accessories, magazines, books, DVDs and Credit Cards? but Scotty was happy as he clambered aboard any and every bike he could and he was over the mood when he found a BMW F650 Dakar and the KTM stand.

I must admit that I really enjoyed this years show, why? I’m not sure maybe it’s because I didn’t spend any money on any Bike Show ‘bargains’ or maybe it was just down the fact that we spent the day talking bikes, looking at bikes (and girls!) and eating!